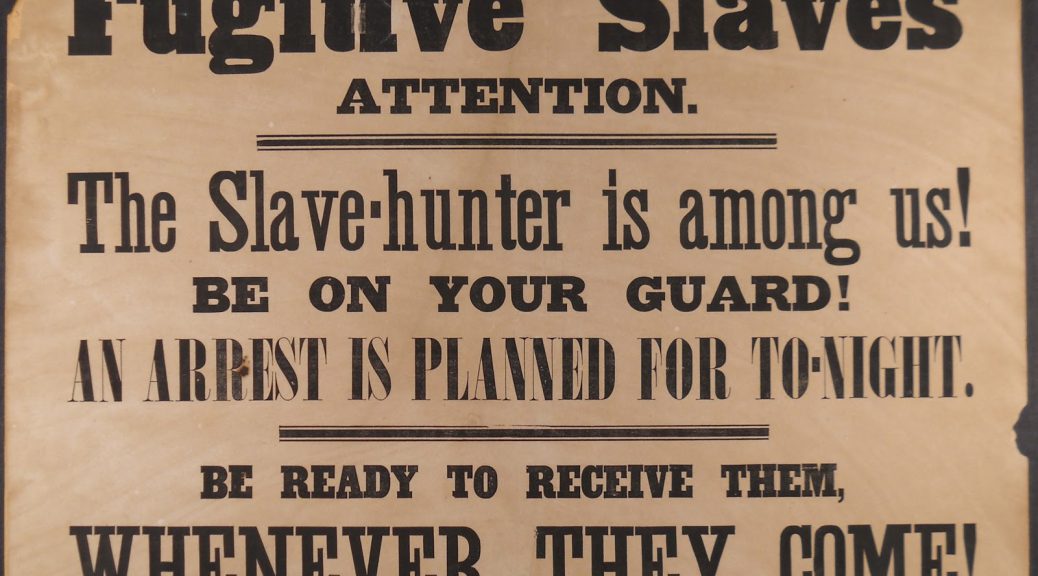 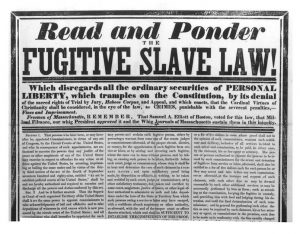 February 12, 1793: the US Congress passed the first Fugitive Slave Law to implement the provisions in the Constitution. It stated that to reclaim an escaped slave a master needed only to go before a magistrate and provide oral or written proof of ownership. The magistrate would then issue an order for the arrest of the slave. The slave was not given a trial in court or allowed to present evidence on their own behalf, including proof of having previously earned their freedom. (next BH, see May 23, 1796)

“Lift Every Voice and Sing” song

“Lift Every Voice and Sing” anthem

In 1919, the National Association for the Advancement of Colored People (NAACP) dubbed it “The Negro National Anthem” for its power in voicing the cry for liberation and affirmation for African-American people. (see February – August 1919)

In 1939 the New York World’s Fair commissioned Augusta Savage to create a sculpture. She created a 16-foot plaster sculpture called Lift Every Voice and Sing. The piece was was destroyed at the close of the Fair. (BH, see, Apr 9; see Savage for her expanded story; see Lift for expanded story)

February 12, 1909: on the centennial of President Abraham Lincoln’s birth, African Americans signed a proclamation known as “The Call,” leading to the formation of the National Association for the Advancement of Colored People (NAACP). The interracial group was created to safeguard civil, legal, economic, human and political rights of African Americans.

The appeal took place in response to continued lynchings and a 1908 race riot in Springfield, Ill. Sixty people, including W. E. B. Du Bois, Ida B. Wells-Barnett and Mary Church Terrell, signed the proclamation. (next BH, see May 3, 1910; next Lynching, see June 5, 1910 or for expanded chronology see American Lynching 2)

In 1969: Maya Angelou’s published her autobiography, I Know Why the Caged Bird Sings. In it, she relates the story of her 8th grade graduation when class and audience sang the “Lift Every Voice and Sing” anthem  after a white school official spoke in a derogatory manner about the educational aspirations of her class. (see Jan 3) 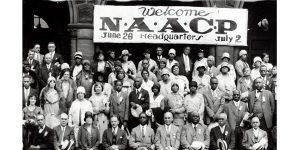 February 12, 1909:  on the centennial of President Abraham Lincoln’s birth, African Americans signed a proclamation known as “The Call,” leading to the formation of the National Association for the Advancement of Colored People (NAACP) in May. The interracial group was created to safeguard civil, legal, economic, human and political rights of African Americans.

The appeal took place in response to continued lynchings and a 1908 race riot in Springfield, Ill. Sixty people, including W. E. B. Du Bois, Ida B. Wells-Barnett and Mary Church Terrell, signed the proclamation. (see May 3, 1910) 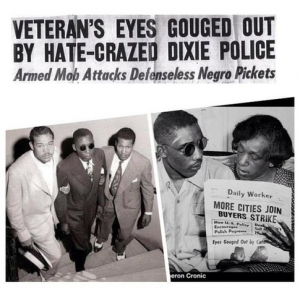 February 12, 1946: former U.S. Army Sergeant Isaac Woodard Jr. was on a Greyhound Lines bus traveling from Camp Gordon in Augusta, Georgia, where he had been discharged, en route to rejoin his family in North Carolina. When the bus reached a rest stop just outside of Augusta, Woodard asked the bus driver if there was time for him to use a restroom.

During the course of the night in jail, Shull beat and blinded Woodard. Woodard also suffered partial amnesia as a result of his injuries.

Three weeks after he was reported missing by his relatives, Woodard was discovered in the hospital. He was immediately rushed to a US Army hospital in Spartanburg, South Carolina. Though his memory had begun to recover by that time, doctors found both eyes were damaged beyond repair. (BH, see Feb 25;  see Woodard  for expanded story)

February 12, 1962: in Macon, GA, the boycott of the Bibb Transit Company officially began. It lasted for three weeks. Despite a series of court decisions in other Georgia cities that had declared segregated transportation unconstitutional, Macon’s African American residents still faced massive resistance to integration attempts. As was the case with the Albany students who attempted to desegregate the city’s downtown Trailways bus station, arrests swiftly ensued when student protesters and ministers attempted to sit in the front seats of Bibb Transit’s buses. (BH, see In March; Macon, see March 12)

February 12, 1966: the Louisville, KY draft board re-classified Muhammad Ali as 1-A. Ali challenged the re-classification as politically motivated. He questions why other athletes, such as Joe Namath, quarterback for the NY Jets, weren’t being drafted as well. (BH, see Mar 7; Ali, see February 6, 1967) 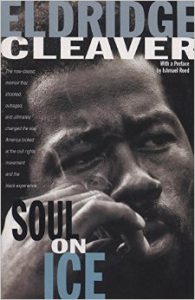 December 28, 1945: Congress officially recognized the Pledge of Allegiance and encouraged its recitation in schools.

February 12, 1948: Louis A. Bowman, an attorney from Illinois, was the first to initiate the addition of “under God” to the Pledge. He was Chaplain of the Illinois Society of the Sons of the American Revolution. At a meeting on February 12, 1948, Lincoln’s Birthday, he led the Society in swearing the Pledge with two words added, “under God.” He stated that the words came from Lincoln’s Gettysburg Address. Though not all manuscript versions of the Gettysburg Address contain the words “under God”, all the reporters’ transcripts of the speech as delivered do, as perhaps Lincoln may have deviated from his prepared text and inserted the phrase when he said “that the nation shall, under God, have a new birth of freedom.” (see Pledge for expanded story) 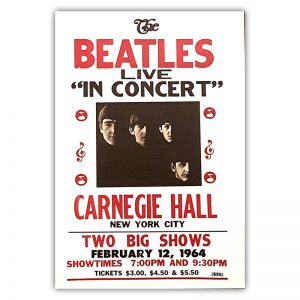 February 12, 1964: two concert performances at Carnegie Hall. Tickets for the concerts had gone on sale on January 27 and had completely sold out by the following day. 2,900 people saw each of the two shows, which were promoted by New York impresario Sid Bernstein. The warm-up act for both performances was The Briarwoods. (see Feb 15) 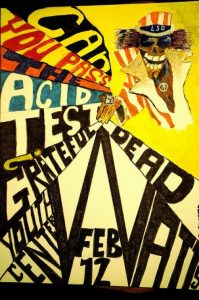 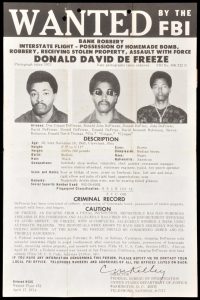 February 12, 1974: In a recording delivered to KPFA radio, Patty Hearst told her parents that she was okay. Donald DeFreeze — “Cinque” — makes a demand for food to be distributed to poor people in the area and throughout the country. (see PH for expanded chronology) 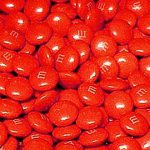 February 12, 1976:  though it was never linked to any deaths or illnesses, the FDA banned the food coloring, Red Dye No. 2, because studies had shown it might cause cancer. Red M&Ms disappeared for 11 years because of the ban. Soviet scientists claimed a link between the dye – used in everything from sausage casings and ice cream to makeup – and cancer, and U.S. tests proved some correlation as well.

Mars candy company to pull red M&Ms even though they never contained any Red Dye No. 2 to begin with. (see May 16, 1988)

February 12, 1998: Federal Judge Thomas M Coffin ruled that golfer Casey Martin—the first pro athlete to utilize the ADA to play a competitive sport—does have the right to use a golf cart in the PGA Tour tournaments due to a rare circulatory disorder that severely limits his ability to walk an entire course. Judge Coffin stated: ”Mr. Martin is entitled to his modification because he is disabled. It will not alter what’s taking place out there on the course.”  (see June 25) 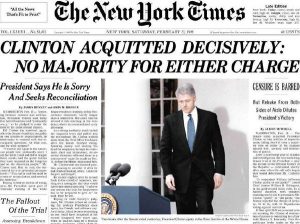 February 12, 1999: Clinton acquitted of the two articles of impeachment. Rejecting the first charge of perjury, 10 Republicans and all 45 Democrats vote “not guilty.” On the charge of obstruction of justice, the Senate split 50-50. Afterward, Clinton said he was “profoundly sorry” for the burden he imposed on the Congress and the American people. (see Clinton for expanded story)

February 12, 2014: U.S. District Judge John G. Heyburn II struck down part of the Kentucky ban that treated “gay and lesbian persons differently in a way that demeans them.” Heyburn concluded that the government may define marriage and attach benefits to it, but cannot “impose a traditional or faith-based limitation without a sufficient justification for it.” Kentucky must recognize same-sex marriages performed in other states. “Assigning a religious or traditional rationale for a law does not make it constitutional when that law discriminates against a class of people without other reasons.” (LGBTQ, see Feb 13; Kentucky, see Feb 27)

February 12, 2015: Judge Callie V. S. Granade of Federal District Court ordered Don Davis, a probate judge in Mobile County, AL, to comply with her earlier ruling and issue marriage licenses to same-sex couples. In the decision, Granade ruled that Davis, must issue licenses to gay couples seeking to wed. “Judge Davis may not deny them a license on the ground that Plaintiffs constitute same-sex couples or because it is prohibited by the sanctity of marriage,” the decision said.

Judge Granade’s ruling was an effort to clariy that Mr. Davis should follow her earlier ruling striking down Alabama’s ban on same-sex marriage, rather than following a conflicting order from the chief justice of the Alabama Supreme Court, Roy S. Moore. (see Feb 15)

February 12, 2018: the Education Department told BuzzFeed News that it would not investigate or take action on any complaints filed by transgender students who schools banned from restrooms that match their gender identity, (see Feb 26)

February 12, 2015: Montana District Judge Ed McLean said Markus Kaarma wasn’t defending his family but rather hunting someone when he shot and killed 17-year-old Diren Dede of Hamburg, Germany, a high school student who was trespassing in his garage. McLean sentenced Kaarma to 70 years in prison with no parole possible for at least 20 years.

“Here you have a 12-guage shotgun, not to protect your family but to go after someone. And go after someone you did,” McLean said sternly in sentencing Kaarma for deliberate homicide . “You pose too great a risk to society to be anywhere else but the Montana State Prison,” McLean said. “Good luck to you, son.” (see May 29)