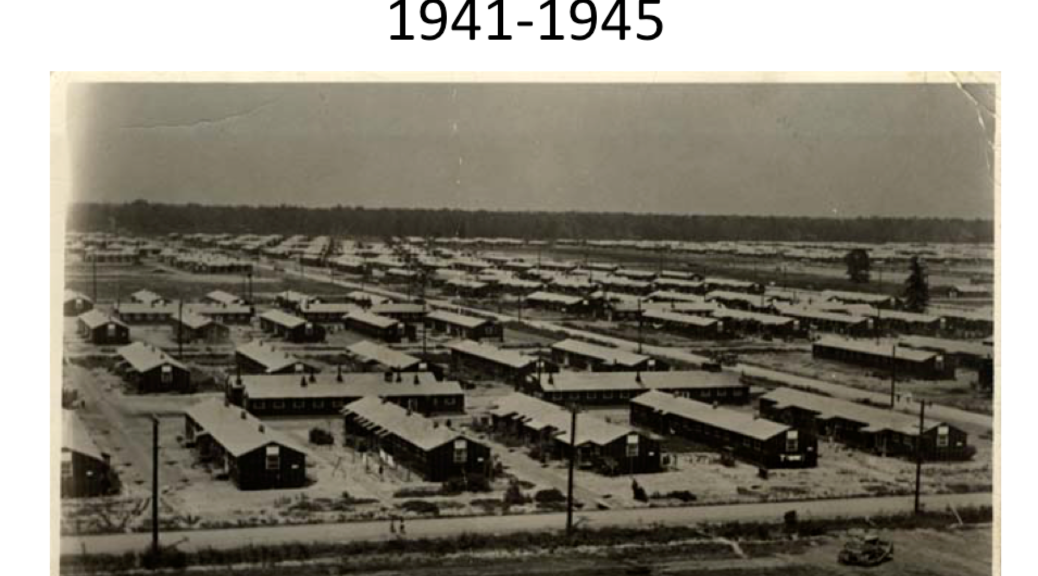 February 17, 1940: living in Toronto, Goldman suffered a stroke that left her paralyzed on her right side and unable to speak. (see Goldman for expanded story) 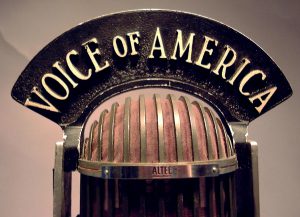 February 17, 1947: with the words, “Hello! This is New York calling,” the U.S. Voice of America (VOA) began its first radio broadcasts to the Soviet Union. The VOA effort was an important part of America’s propaganda campaign against the Soviet Union during the Cold War. [Politico article] (see Mar 21) 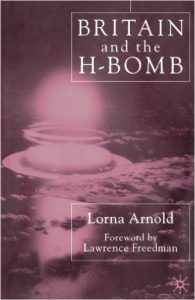 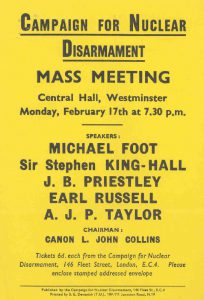 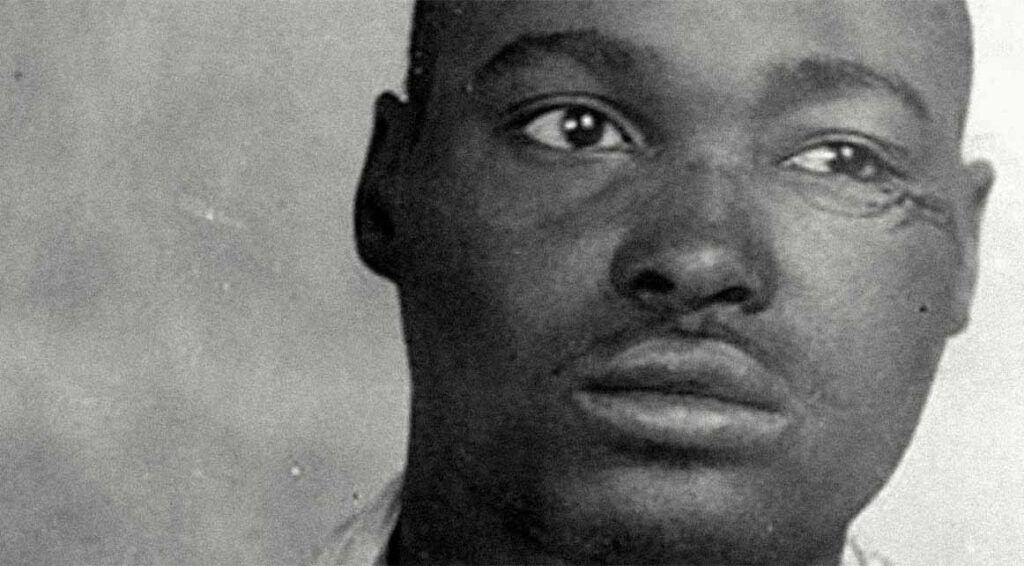 February 17, 1947:  Willie Earle, a twenty-four-year-old African American man, was being held in the Pickens County Jail in South Carolina, on charges of assaulting a white taxi cab driver. A mob of white men–mostly taxi cab drivers–seized Earle from the jail, took him to a deserted country road near Greenville, brutally beat him with guns and knives, and then shot him to death.

When arrested, twenty-six of the thirty-one defendants gave full statements admitting participation in Earle’s death. A trial commenced, and at its start, Judge J. Robert Martin warned that he would “not allow racial issues to be injected in this case.” During the ten-day trial, the defendants chewed gum and chuckled each time the victim was mentioned. The defense did not present any witnesses or evidence to rebut the confessions, and instead blamed “northern interference” for bringing the case to trial at all. At one point, the defense attorney likened Earle to a “mad dog” that deserved killing, and the mostly white spectators laughed in support.

Despite the undisputed confession, the all-white jury acquitted the defendants of all charges on May 21, 1947, and the judge ordered them released. Some Greenville leaders cited the trial as progress in Southern race relations: “This was the first time that South Carolina has brought mass murder charges against alleged lynchers. This jury acquitted them. If there should be another case, perhaps we may get a mistrial with a hung jury. Eventually, the south may return convictions.” [EJI aticle] (next BH, see Feb 21)

February 17, 1960: Alabama authorities sought to stop the civil rights movement by indicting Martin Luther King Jr. for perjury, claiming he lied about his taxes. Three months later, King went on trial, facing a white judge, a white prosecutor and an all-white jury. The jury acquitted him on all charges. (BH, see Feb 22 – 28; MLK, see May 4, 1960)

February 17, 1965: Whitmore’s attorney, Stanley J Reiben, said that he had covered the route supposed to have been followed by Whitmore before the attack on Elba Borrero and stated that Whitmore “would have to have a vehicle or be an Olympic runner” to get from his former girl friend’s house to an elevated subway station seven blocks away, follow Borrero back from the station nearly five blocks to her home, attack her, and run away. (see Whitmore for expanded story) 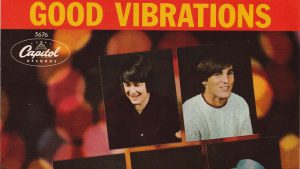 February 17, 1964:  the Wesberry v. Sanders case involved congressional districts in Georgia. On this date the US Supreme Court decided that each state was required to draw districts so that they are approximately equal in population.

Nationally, this decision effectively reduced the representation of rural districts in the U.S. Congress. Particularly, the Court held that the population differences among Georgia’s congressional districts were so great as to violate the Constitution.

In reaching this landmark decision, the Supreme Court asserted that Article I, Section 2 of the United States Constitution required that representatives shall be chosen “by the People of the several States” and shall be “apportioned among the several States…according to their respective Numbers….” These words, the Court held, mean that “as nearly as practicable one man’s vote in a congressional election is to be worth as much as another’s.” (see June 10)

It took place at the Auditorium maximum of the Technical University of Berlin in West Berlin. The event proved to be an important milestone of the German student movement of the 1960s. Approximately 5,000 participants and 44 delegations from 14 countries took part. [ieg picture w caption]   (next Vietnam, see Feb 18) 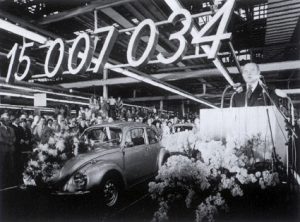 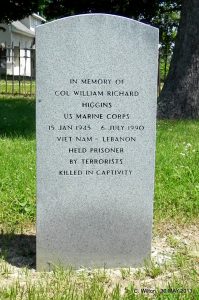 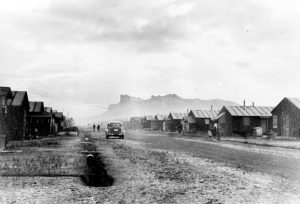 February 17, 2006: Tule Lake Segregation Center was designated a National Historic Landmark. It was not only the largest of the 10 War Relocation Authority (WRA) camps but also the last one to shut down, in 1946, seven months after the end of the war. Tule Lake became a National Monument in December 2008. (see  Internment for expanded story)

February 17, 2008: Republic of Kosovo independent from Serbia (partially recognized; not a member of the United Nations). (next ID, see July 9, 2011;  see Yugoslavia for expanded chronology)

February 17, 2010:  the Iowa Board of Pharmacy recommended that the Iowa Legislature reclassify marijuana from Schedule I of the Iowa Controlled Substances Act into Schedule II of the Act. A Schedule II drug includes narcotic drugs with a high potential for abuse but with currently accepted medical use in treatment. (see Cannabis for expanded chronology)

February 17, 2011: while large demonstrations in Wisconsin over a bill that aimed at reducing spending on most government employees and remove their collective bargaining rights apart from restricted wage negotiation, 14 Wisconsin Democratic senators fled the state to delay the vote on the bill by preventing a quorum in the senate. (see Mar 11)

February 17, 2015: Judge Guy Herman ruled that the Texas state ban on same-sex marriages was unconstitutional. The ruling emerged from an estate dispute in which an Austin resident named Sonemaly Phrasavath argued that her eight-year relationship to Stella Powell should have been classified as a common-law marriage. Powell died without a valid will in June 2014 after having been diagnosed with colon cancer eight months prior. After her death, a legal dispute over her estate developed between Phrasavath and two of Powell’s siblings. Phrasavath stated that she didn’t intend to set a legal precedent when she entered the court. “I can’t imagine anyone being married for 6 or 7 years, then having to walk away after losing their spouse and feel like the marriage never happened,” she said. [Huff Post article] (see Feb 19)

February 17, 2015: US Attorney General Eric Holder called for a moratorium on the death penalty pending a Supreme Court decision on the use of lethal injection drugs in Oklahoma.

Speaking at a luncheon at the National Press Club in Washington, D.C., Holder, noting that he was speaking in a personal capacity and not as a member of the administration, said the “inevitable” possibility of executing an innocent individual was what makes him oppose capital punishment.

“Our system of justice is the best in the world. It is comprised of men and women who do the best they can, get it right more often than not, substantially more right than wrong,” Holder said. “There’s always the possibility that mistakes will be made … It’s for that reason that I am opposed to the death penalty.” (Death Penalty Information Center site article) (see Mar 2)

February 17, 2017: after trying repeated times and getting no answer from the White House and Department of Homeland Security, the Associated Press’s reported that, based on a leaked report, the administration was considering using as many as 100,000 National Guard troops “to round up” undocumented immigrants.

February 17, 2020: the NYT reported that Amazon’s chief executive Jeff Bezos, announced that he was committing $10 billion to address the climate crisis in a new initiative he called the Bezos Earth Fund.

The effort would fund scientists, activists and nongovernmental organizations, he said in a post on Instagram. Amazon employees had pushed Bezos on climate issues. He said he expected to start issuing grants by summer.

“Climate change is the biggest threat to our planet,” he wrote. “I want to work alongside others both to amplify known ways and to explore new ways of fighting the devastating impact of climate change on this planet we all share.” (next EI, see Feb 19)