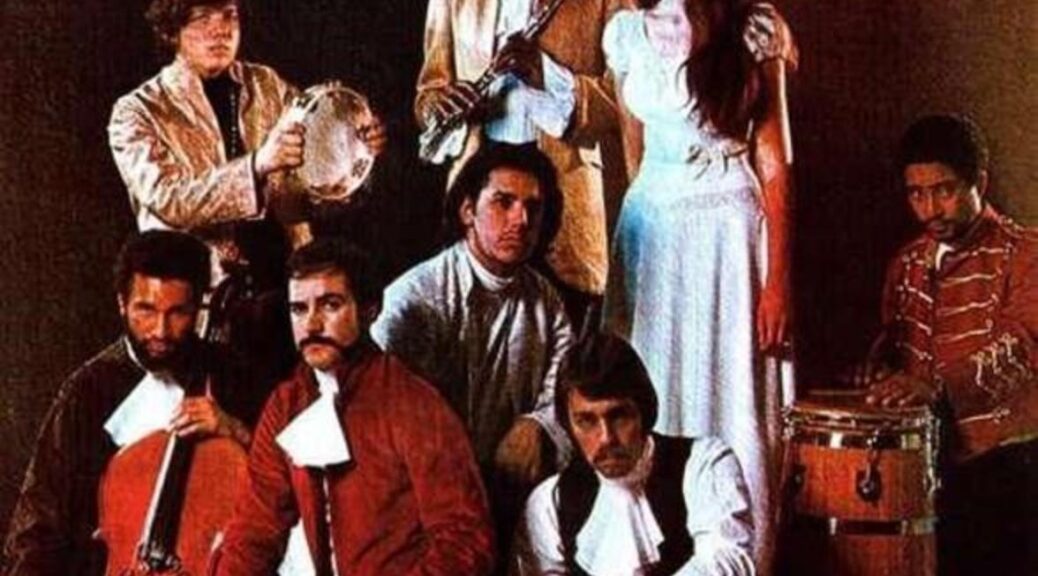 February 16, 1964: second appearance on The Ed Sullivan Show. This time in Miami. An estimated 70 million viewers watch that night Set list: She Loves You > That Boy > All My Loving; I Saw Her Standing There > With Love From Me To You > I Want To Hold Your Hand [Sullivan also refers to upcoming Clay/Liston fight in Miami] (next Beatles, see Feb 18) (see Ed Sullivan Meets the Beatles Again for more)

February 16, 1968: from the Beatles Bible site: John and Cynthia Lennon, and George and Pattie Harrison arrived in Delhi, India at 8:15 am, having flown overnight from London Airport.

They were met in Delhi by The Beatles’ assistant Mal Evans (who had arrived there on 14 February) and Mia Farrow.

Evans had organised three taxis to take the group from Delhi to Rishikesh, where they were to study meditation with Maharishi Mahesh Yogi. It was a journey of some 150 miles.

Cynthia Lennon later said that “Our arrival at Delhi went very much unheralded. We were bundled unmolested and travel-weary into three battered, ancient Indian taxis without all the usual fuss and frantic rush. It was wonderfully refreshing and stress free. After alighting from the taxis, we were shown to our living quarters. They consisted of a number of stone-built bungalows, set in groups along a rough road. Flowers and shrubs surrounded them and were carefully tended by an Indian gardener whose work speed was dead slow, and stop.”   (see Apr 12)

February 16, 2013: Tony Sheridan died. Sheridan, the British guitarist, singer and songwriter, was the star on the Beatles’ first commercial recording.

The Beatles (then a quintet of John, Paul, George, Stuart Sutcliffe, and Pete Best) met Sheridan in Hamburg. In 1961 Bert Kaempfert offered to record Sheridan with them as his back up band. They would record nine songs altogether over the next two years.

Mr. Sheridan sang seven of them — “My Bonnie,” “The Saints,” “Why (Can’t You Love Me Again),” “Nobody’s Child,” “Take Out Some Insurance On Me, Baby,” “Sweet Georgia Brown” and “Swanee River.” The other two were purely Beatles performances: “Cry for a Shadow,” an instrumental by Lennon and Harrison, and “Ain’t She Sweet,” with Lennon singing.

It was the single “My Bonnie” that led Beatle fans in Liverpool to request the song which eventually led record store owner Brian Epstein to visit the Cavern venue and see what all the fuss was about.

Tony Sheridan continued as a musician the rest of his life–his connection to the Beatles opened doors for him. He died in Germany where he lived. He was 72. (next Beatles, see March 21, 2016) 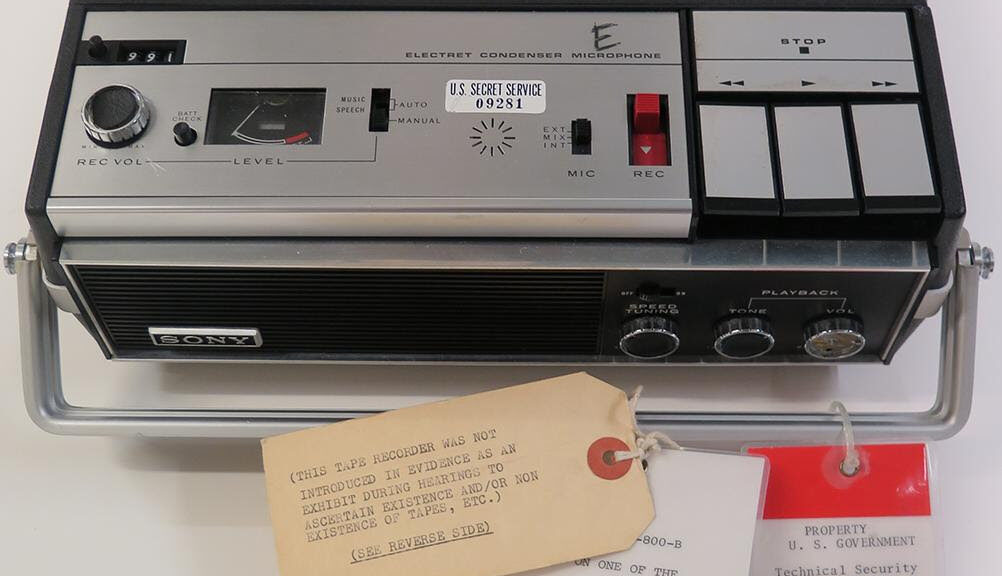 In 1803: in a private letter to William Henry Harrison, Governor of the Indiana Territory, President Thomas Jefferson outlined an Indian policy that would result in the natives ceding land to the United States. He stated [my underlining]: To promote this disposition to exchange lands, which they have to spare and we want, for necessaries, which we have to spare and they want, we shall push our trading uses, and be glad to see the good and influential individuals among them run in debt, because we observe that when these debts get beyond what the individuals can pay, they become willing to lop them off by a cession of lands. He added, “…we presume that our strength and their weakness is now so visible that they must see we have only to shut our hand to crush them, and that all our liberalities to them proceed from motives of pure humanity only. Should any tribe be foolhardy enough to take up the hatchet at any time, the seizing the whole country of that tribe, and driving them across the Mississippi, as the only condition of peace, would be an example to others, and a furtherance of our final consolidation.” (see October 5, 1813)

February 16, 1847: the Missouri legislature passed an act that prohibited “Negroes and mulattoes” from learning to read and write and assembling freely for worship services. The act also forbade the migration of free blacks to the state. The penalty for anyone violating any of the law’s provisions was a fine not to exceed five thousand dollars, a jail term not to exceed six months, or a combination of fine and jail sentence.

The 1847 law supplemented a Missouri law passed in 1825 that imposed various restrictions on free black people. The 1825 law defined a black person as anyone having at least one black grandparent, and made a distinction between those considered full-blooded Negroes and mixed-blooded mulattoes. The 1825 law also prohibited free blacks from keeping or carrying weapons without a special permit and settling in Missouri without a certificate of citizenship from Missouri or another state. Free blacks who migrated to or through Missouri without citizenship documents faced arrest, a court order to leave the state within thirty days, and a punishment of ten lashes. Under the 1825 law, white ship captains and labor bosses were permitted to bring free blacks into the state as workers, though for no longer than six months at a time.

In 1840, nearly 13 percent of Missouri’s population was composed of enslaved black people, while free black people made up less than one percent of the state’s residents. The 1847 law was enacted to place further limitations on the black population and calm fears of a possible rebellion. (see June 30)

February 16, 1944: the U.S. Navy began training its first African-American officers. More than 100,000 African Americans were in the Navy in World War II, many of them forced to serve as laborers, support crew and cooks. None were officers. After pressure from civil rights groups, the Navy responded by commissioning 16 African-American officers and sending them for training. (next BH, see Mar 13)

February 16, 1965: the New York City police and the Federal Bureau of Investigation with the help of the Royal Canadian Police broke up a plot to blow up the Statue of Liberty, the Liberty Bell, and the Washington Monument.  The four were: Walter Augustus Bowe, Khaicel Sultan Sayyed , leader Robert Steele Collier, and Canadian Michelle Duclos,The men were part of an extremist organization known as the “Black Liberation Front” (BLF), while Duclos was a member of the Quebec secessionist group Rassemblement pour l’Indépendance Nationale. (Chicago Tribune headline)  (BH, see Feb 17; next Terrorism, see June 14)

February 16, 1926:  the beginning of a 17-week general strike of 12,000 New York furriers, in which Jewish workers formed a coalition with Greek and African American workers and became the first union to win a 5-day, 40-hour week (see May 1)

February 16, 2016: the Obama administration’s top transportation officials joined Cuban dignitaries at the Hotel Nacional in Havana to sign an agreement that restored commercial airline service between the two countries for the first time in more than 50 years. (see Mar 20)

February 16, 1964: second appearance on The Ed Sullivan Show. This time in Miami. An estimated 70 million viewers watch that night Set list: She Loves You > That Boy > All My Loving; I Saw Her Standing There > With Love From Me To You > I Want To Hold Your Hand [Sullivan also refers to upcoming Clay/Liston fight in Miami] (see Ed Sullivan Meets the Beatles Again for more)(next Beatles, see Feb 18)

February 16, 2013: Tony Sheridan, the British guitarist, singer and songwriter who was the star on the Beatles’ first commercial recording — they were the backup band—died. (next Beatles, see March 21, 2016) 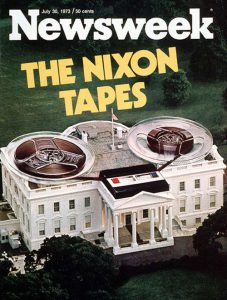 February 16, 1974: in a second tape recording, Patty Hearst asked her parents to “stop acting like I’m dead.” DeFreeze says that the S.L.A. is looking for “a good faith gesture.”  The SLA had kidnapped Hearst on February 4. (see Patti Hearst for expanded story)

February 16, 2019, just two days after Valentine’s Day, the Social Security Administration sent a letter to Jack Baker and Michael McConnell confirming once and for all that their 1971 marriage was legal, stating that they were indeed entitled to monthly husband’s benefits. (see Baker/McConnell for expanded chronology; next LGBTQ, see Feb 26)

Hanen prohibited the Obama administration from carrying out programs the president announced in November that would offer protection from deportation and work permits to as many as five million undocumented immigrants. The first of those programs was scheduled to start receiving applications February 17. (IH, see Feb 23; Obama, see May 26)

February 16, 2017: in a prequel to a May 1 protest, businesses in cities across the country closed as immigrants boycotted their jobs, classes and shopping. Immigrants in Washington, D.C., Philadelphia, Austin, Texas, and other major U.S. cities planned to stay home as part of a strike called “A Day Without Immigrants.” (see Feb 17)

February 16, 2019: Pope Francis expelled Theodore E. McCarrick, a former cardinal and archbishop of Washington, from the priesthood, after the church found him guilty of sexually abusing minors and adult seminarians over decades.

The move appears to be the first time any cardinal has been defrocked for sexual abuse — marking a critical moment in the Vatican’s handling of a scandal that has gripped the church for nearly two decades. It was also the first time an American cardinal had been removed from the priesthood.

In a statement, the Vatican said McCarrick had been dismissed after he was tried and found guilty of several crimes, including soliciting sex during confession and “sins” with minors and with adults, “with the aggravating factor of the abuse of power.” (see Feb 21)