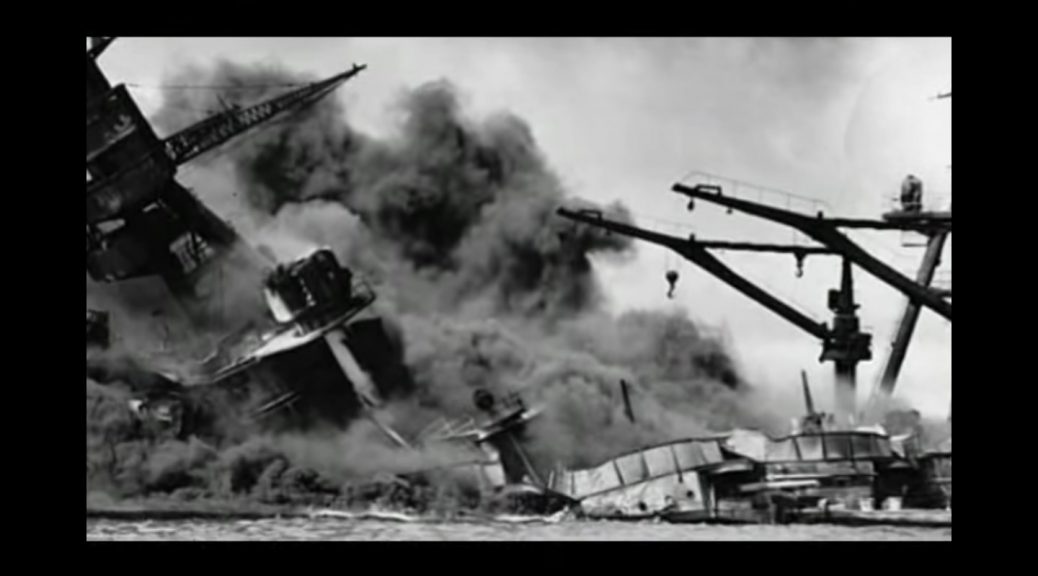 December 7, 1874: during the Reconstruction era that followed Emancipation and the Civil War, African American Mississippians made significant strides toward political equality. Despite the passage of black codes designed to oppress and disenfranchise black people in the South, many African American men voted and served in political office on federal, state, and local levels.

Peter Crosby, a former slave, was elected to Sheriff in Vicksburg, Mississippi – but shortly after taking office, Crosby was indicted on false criminal charges and removed from his position by a violent white mob.

On December 7, 1874, the “Vicksburg Massacre” occurred, in which whites attack and killed many black citizens who had organized to try to help Crosby regain his office. The violence prompted President Ulysses S. Grant to finally send troops to mediate the conflict. Crosby regained his position as Sheriff soon after, through the use of force and the courts.

In early 1875, J.P. Gilmer, a white man, was hired to serve as Crosby’s deputy. After a disagreement, Crosby tried to have Gilmer removed from office. Gilmer responded by shooting Crosby in the head on June 7, 1875. Gilmer was arrested for the attempted assassination, but never brought to trial. Crosby survived the wound but never made a full recovery, and had to serve the remainder of his term through a representative white citizen.

The violence and intimidation tactics utilized by white Mississippians intent on restoring white supremacy soon enabled forces antagonistic to the aims of Reconstruction and racial equality to regain power in Mississippi. (see March 1, 1875)

December 7, 1964: on January 29, 1883 in Pace v. Alabama the U.S. Supreme Court had unanimously ruled that state-level bans on interracial marriage did not violate the Fourteenth Amendment of the U.S. Constitution.

On this date in 1964, the Supreme Court unanimously ruled in McLaughlin v. Florida that laws banning interracial sex violate the Fourteenth Amendment to the U.S. Constitution. McLaughlin v. Florida struck down Florida Statute 798.05, which read: “Any negro man and white woman, or any white man and negro woman, who are not married to each other, who shall habitually live in and occupy in the nighttime the same room shall each be punished by imprisonment not exceeding twelve months, or by fine not exceeding five hundred dollars.” While the ruling did not directly address laws banning interracial marriage, it laid down the groundwork for a ruling that definitively did. (see Dec 10)

December 7, 1988: Mandela transferred to the Victor Verster Prison Farm, about 50 miles from Cape Town. The South African government said he will not have to return to Pollsmoor Prison. (see July 5, 1989)

December 7, 1989: a jury found William Lozano guilty of manslaughter in the killings of two unarmed black men that set off rioting in the mostly black Overtown section of Miami. The killings, which occurred in January, had  come to symbolize Miami’s ethnic tensions.

The six-member jury returned its verdict at the beginning of the second day of deliberations, rejecting the defendant’s contention that he had fired at the men because their motorcycle, which was being pursued by a patrol car for traffic violations, was about to run him down. (BH, see  January 14, 1990; RR, see June 25, 1991)

Margaret Sanger had ordered a new type of diaphragm (referred to as a pessary) that had been developed in Japan. Custom officials, acting under the 1930 Tariff Act, which included the provisions of the 1873 Comstock Act (March 3, 1873) which outlawed the distribution of birth control information and devices, seized them.

On December 7, 1936, in U.S. v. One Package of Japanese Pessaries, the U.S. Court of Appeals held that the ban on birth control devices was “unreasonable” and overturned the ban. Sanger said that the decision “firmly establishes the precedent that contraceptive material may be lawfully admitted into this country and by implication disseminated through the mails in this country if intended for legitimate use. (NYU article) (BC, see January 18, 1939; F, see July 26, 1937)

On December 7, 1962 workers at the Richards Oil Plant in Savage Minnesota forgot to open steam lines that heated oil pipes at the plant. On December 8, these pipes burst in low temperatures and spilled one million gallons of petroleum into the Minnesota River. By January 24, 1963, the Department of Health traced downstream oil back to Richards Oil. Employees claimed only a small leak had occurred.

The Department of Health requested that Richards Oil clean up the oil but could only take action if there was a public health emergency. Richards continued to drain oil until March. (see January 23, 1963)

December 7, 1963: CBS Sports Director Tony Verna used a system he’d invented to enable a standard videotape machine to instantly replay during the Army-Navy game. It was used only once for a touchdown withTV commentator Lindsey Nelson advising viewers “Ladies and gentle men, Army did not score again!”  (more >>> NPR story)

In 1964: in California, deaf orthodontist Dr. James C. Marsters of Pasadena sent a teletype machine to deaf scientist Robert Weitbrecht, asking him to find a way to attach the TTY to the telephone system. Weitbrecht modified an acoustic coupler and birth to “Baudot,” a code that is still used in TTY communication. (ADA, see July 2, 1964; TM, see April 30)

December 7, 1963: perform in their hometown at Liverpool’s Empire Theatre. [I Want to Hold Your Hand > Money > Twist and Shout > With Love From Me to You (instrumental)] (see Dec 10)

December 7, 2020: NPR reported that Bob Dylan had sold his entire songwriting catalog — more than 600 songs written over nearly 60 years — to Universal Music Publishing Group, in a deal announced by Universal.

The agreement was first reported by The New York Times, which said that it was worth over $300 million. The deal with Dylan might have been the highest price ever paid for a musician or group’s songwriting rights. (Universal had not disclosed the purchase price.)

For Universal Music Publishing Group, which was owned by the French media giant Vivendi, there was a lot of appeal in owning Dylan’s songwriting rights. The company would collect money any time another musician covers any of those songs and it would earn revenue for allowing the songs to be used in commercials and movies as well as when the songs were streamed, sold commercially on such formats as CDs, or broadcast.

Songwriting rights — that is, ownership of a song’s melody and lyrics — are figured and paid out separately from recording rights. According to Universal, other artists  had recorded Dylan’s songs more than 6,000 times, including such famous versions as Jimi Hendrix’ cover of Dylan’s “All Along The Watchtower” and Guns N’ Roses’ version of “Knockin’ On Heaven’s Door.”  (next Dylan, see ) On December 11, Gene Cernan and Harrison Schmitt became the last people to walk on the moon. They remained on the moon for three days (75 hours). Schmitt was the first scientist-astronaut to land on the moon. (see July 15 – 24, 1975)

December 7, 1973: the White House can’t explain an 18 1/2 -minute gap in one ohf the subpoenaed tapes. Chief of staff Alexander Haig said one theory was that “some sinister force” erased the segment. (see Watergate Scandal for expanded chronology) December 7, 1978: the US Court of Appeals for the District of Columbia ruled that Leonard  Matlovich was unfairly discharged from the military.(LGBTQ, see May 21; Matlovich, see September 9, 1980) December 7, 1982: the first execution by lethal injection took place at the state penitentiary in Huntsville, Texas. Charles Brooks, Jr., convicted of murdering an auto mechanic, received an intravenous injection of sodium pentathol, the barbiturate that is known as a “truth serum” when administered in lesser doses. [NYT article] (see July 26, 1983)

December 7, 1985: President Ronald Reagan met with his national security advisers and approved the major parts of the Iran-Contra affair. CIA Director William Casey also approved the plan, but Secretary of State George Shultz and Secretary of Defense Caspar Weinberger objected, arguing that it was illegal. They even joked with Reagan that, if anyone went to jail, “visiting hours are on Thursday.” (The Iran-Contra affair involved a complex set of international deals in which President Ronald Reagan and members of his administration violated the law and civil liberties principles.) (see November 3, 1986)

December 7, 1987: Soviet leader Mikhail Gorbachev arrived for his summit with President Ronald Reagan. Gorbachev and his wife, Raisa, charmed the American public and media by praising the United States and calling for closer relations between the Soviet Union and America. [Politico article] (see Dec 8)

December 7, 2002: in a declaration to the United Nations Iraq denied it had weapons of mass destruction. (NYT article) (see January 28, 2003)

December 7, 2018: James Alex Fields Jr. was found guilty of killing Heather Heyer when he plowed his car into a group of counterprotesters last year at a “Unite the Right” rally that quickly turned violent in Charlottesville, Virginia.

In addition, Fields — who a former teacher said was fascinated by Nazism and Hitler — was charged with 30 federal hate crimes. He’s been on trial since November for the murder charge and still faces trial on the additional charges. (next T, see Dec 11); Fields, see March 27, 2019)