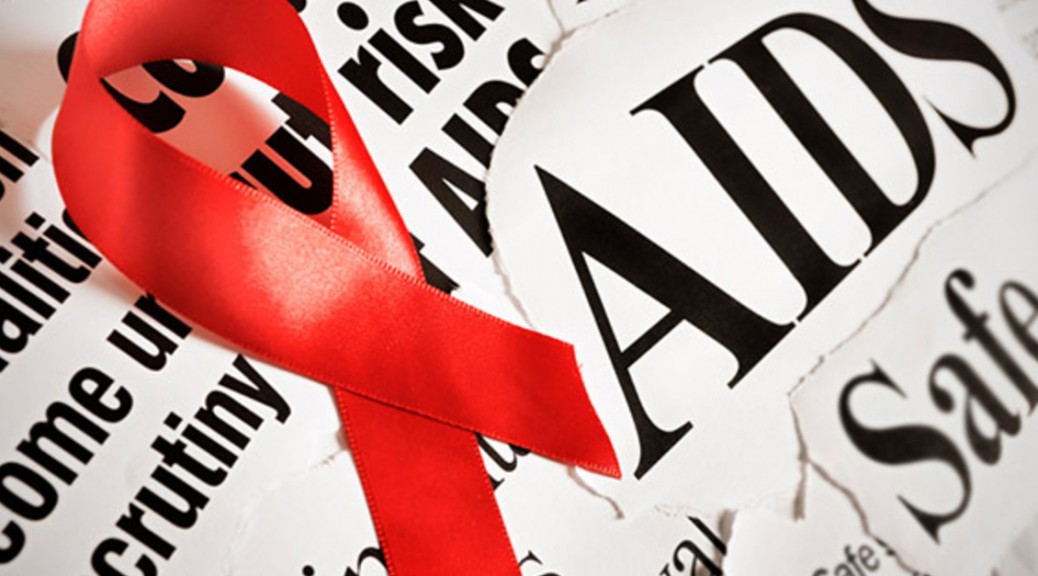 September 24, 1901: Goldman released after two weeks in jail; the case re her association with President McKinley’s assassination (Sept 6) is dropped for lack of evidence.(see Goldman for expanded story)

September 24, 1922: the National Equal Rights League sent a telegram to President Harding calling for a special session of Congress to act on the Dyer Anti-Lynching bill. Congress had adjourned without completing consideration of the bill. [history of NERL via Black Past]  (see Nov 4) 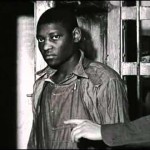 September 24, 1951: Haywood Patterson convicted of manslaughter and sentenced to 6 to 15 years. He died of cancer less than a year later. (see Scottsboro Travesty)

September 24, 1954: in an editorial entitled “Control the Dimwits,” Billboard magazine called for removing rhythm and blues records with sexual double entendres from jukeboxes.

September 24, 1965: President Lyndon B. Johnson signed Executive Order 11246. It, established requirements for non-discriminatory practices in hiring and employment on the part of U.S. government contractors. It “prohibits federal contractors and federally assisted construction contractors and subcontractors, who do over $10,000 in Government business in one year from discriminating in employment decisions on the basis of race, color, religion, sex, or national origin.” It also required contractors to “take affirmative action to ensure that applicants are employed, and that employees are treated during employment, without regard to their race, color, religion, sex or national origin.” The phrase “affirmative action” had appeared previously in Executive Order 10925 in 1961. (US gov document)(see Oct 14)

In late September/early October 1970: a jury found Cleveland Sellers guilty  of participating in a riot two nights before the Orangeburg shootings. He was the only person tried in relation to the the 1968 event.  (BH, see Oct 26; OM, see September 1, 1973)

September 24, 1945: Vietnamese retaliated for the previous day’s killings by the British and French and stormed though a French neighborhood killing some 150 men, women, and children.

American Lt Col Dewey cabled to his superiors that “The French and British are finished here and we [the US] ought to clear out of southeast Asia. (see Sept 26)

September 24, 1965 : Dylan kicked off a national tour in Austin, TX. The Hawks are his back up band. The electric songs are typically booed. Levon Helm, unable to deal with the constant booing, left the tour at the end of November and went to work as a deckhand on oil rigs in the Gulf of Mexico. (see Nov 22)

see Sing-In For Peace for more 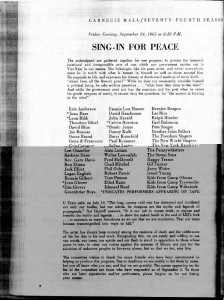 September 24, 1965: Irwin Silber, editor of Sing Out!’ (a magazine of recordings), singer Barbara Dane, and Pete Seeger, along with the cream of the folk establishment organized a two-part “Sing-In For Peace” concert at Carnegie Hall.

The concert featured sixty black and white artists. The Fugs performed their scathing “Kill for Peace.” Unfortunately, a local newspaper strike prevented much media coverage, but the concert marked a turning point in the peace song movement. As Silber remarked in Sing Out!, “the essence of the creative union between folksong and social value had been recaptured.” (see Sept 25)

September 24, 1966: impressed with Hendrix’s version of “Hey Joe”, The Animals’ bassist, Chas Chandler, brought him to London and signed him to a management and production contract with himself and ex-Animals manager Michael Jeffery. Chandler then helped Hendrix form a new band, The Jimi Hendrix Experience, with guitarist-turned-bassist Noel Redding and drummer Mitch Mitchell, both English musicians. (see Oct 1) 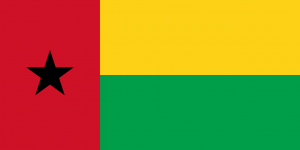 September 24, 1982: CDC used the term “AIDS” (acquired immune deficiency syndrome) for the first time, and released the first case definition of AIDS: “a disease at least moderately predictive of a defect in cell-mediated immunity, occurring in a person with no known case for diminished resistance to that disease.” [Back To Stonewall article] (see Dec 10)

September 24, 1996: the US and the world’s other major nuclear powers signed a treaty to end all testing and development of nuclear weapons.  [ACA article] (see March 11, 1997)

September 24, 1998: the House Judiciary Committee announced the committee would consider a resolution to begin an impeachment inquiry against President Clinton in an open session on October 5 or October 6. (see Clinton for expanded story)

September 24, 2012: Foxconn Technology said it had closed one of its large Chinese plants after the police were called in to break up a fight among factory employees. A spokesman said some people had been hurt and detained by the police after the disturbance escalated into a riot involving more than 1,000 workers late Sunday.  The company said the incident was confined to an employee dormitory and “no production facilities or equipment have been affected.” It said the cause of the disturbance was still under investigation. One Foxconn employee reached by telephone Monday afternoon, however, said the incident began when workers started brawling with security guards. (see February 4, 2013)

September 24, 2014: the Obama administration agreed to pay the Navajo Nation a record $554 million to settle longstanding claims by America’s largest Indian tribe that its funds and natural resources were mishandled for decades by the U.S. government.

The accord, resolved claims that dated back as far as 50 years and marked the biggest U.S. legal settlement with a single tribe.

The deal stemmed from litigation accusing the government of mismanaging Navajo trust accounts and resources on more than 14 million acres of land held in trust for the tribe and leased for such purposes as farming, energy development, logging and mining. (NYT article) (see Oct 13)

September 24, 2015: in his address to Congress, Pope Francis made an impassioned plea for the U.S. to abolish the death penalty. “I am convinced that this way is the best, since every life is sacred, every human person is endowed with an inalienable dignity, and society can only benefit from the rehabilitation of those convicted of crimes,” he said. (see Oct 6)

September 24, 2015: Kim Davis met with the Pope Francis in a private meeting at the Vatican Embassy in Washington. The meeting lasted for about ten minutes. Pope Francis thanked Davis for her courage and advised her to stay strong. The Pontiff hugged Davis and her husband Joe and gave them rosaries. “I put my hand out and he reached and he grabbed it, and I hugged him and he hugged me,” Davis told ABC News in an interview. [NYT article] (see Oct 2)

September 24, 2017: President Trump issued a new order indefinitely banning almost all travel to the United States from seven countries, including most of the nations covered by his original travel ban, citing threats to national security posed by letting their citizens into the country.

The new order was more far-reaching than the president’s original travel ban, imposing permanent restrictions on travel, rather than the 90-day suspension that Mr. Trump authorized soon after taking office. But officials said his new action was the result of a deliberative, rigorous examination of security risks that was designed to avoid the chaotic rollout of his first ban. And the addition of non-Muslim countries could address the legal attacks on earlier travel restrictions as discrimination based on religion.

Starting in October, most citizens of Iran, Libya, Syria, Yemen, Somalia, Chad and North Korea will be banned from entering the United States. Citizens of Iraq and some groups of people in Venezuela who seek to visit the United States will face restrictions or heightened scrutiny. [NYT article] (see Oct 17)

September 24, 2017: President Trump called for football fans to boycott N.F.L. games unless the league fired or suspended players who refused to stand for the national anthem, saying that players must “stop disrespecting our flag and country.”

September 24, 2019:  PEN America released a new report on book restrictions within the U.S. prison system, according to the group, “the largest book ban policy in the United States.”

Rules governing what prisoners can and cannot read varied from state to state, even from prison to prison. “Prison systems function as a hierarchy, meaning officials at multiple levels can act as censors and block incarcerated people’s access to books,” the report stateed. Book bans often did not follow a formal process, and could be based on the discretion of individual officers. This made it difficult to track just how many authors and titles had been banned in U.S. prisons. [NYT article] (next FS, see July 23, 2020; next C & P, see Nov 14)

September 24, 2019: after months of reticence by Democrats who had feared the political consequences of impeaching a president , Speaker Nancy Pelosi announced that the House would initiate a formal impeachment inquiry against President Trump, charging him with betraying his oath of office and the nation’s security by seeking to enlist a foreign power to tarnish a rival for his own political gain.

Pelosi’s declaration set the stage for a history-making and exceedingly bitter confrontation between the Democrat-led House and a defiant president who has thumbed his nose at institutional norms. (see TII for expanded chronology)