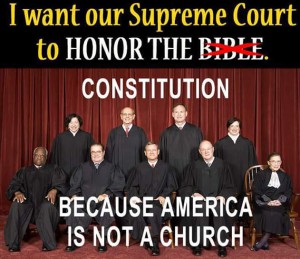 November 4, 1986: California Chief Justice Rose Bird and two other ‘liberal’ members of the state supreme court were ousted in a retention election. The election followed a bitter campaign that centered on the three justices’ records in death penalty cases.  [NYT article] (see November 1987)

Tillman’s political career catapulted to success after his involvement in the 1876 Hamburg Massacre, where white men rioted and killed nine people in a predominantly African American town in South Carolina. In his gubernatorial campaign, Tillman promised to keep the state’s African American population in a position of permanent inferiority. In his inaugural address and throughout his administration, he emphasized white supremacy and the necessity to revoke African Americans’ rights. Concerning the education of African Americans, Tillman argued, “when you educate a Negro, you educate a candidate for the penitentiary or spoil a good field hand.”

He served two terms as governor and played a critical role in the 1895 South Carolina Constitutional Convention. In order to vote under the revised constitution, a man had to own property, pay a poll tax, pass a literacy test, and meet certain educational standards. The 1895 constitution disenfranchised African American voters and served as a model for other southern states. 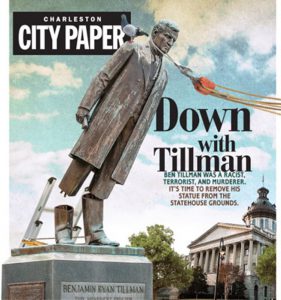 Tillman was elected United States Senator for South Carolina in 1895, and he served in this capacity for twenty-four years. Throughout his tenure, he opposed African American equality, women’s suffrage, and any federal interference in state government. Tillman’s philosophy helped shape the era of oppression and abuse of African Americans throughout the South. A statue honoring Tillman still stands on the grounds of South Carolina’s State Capitol and as with many statues today, there are many who feel that such recognition is undeserved. (Charleston City Paper article) (see September 1, 1891)

November 4, 1988: Richard Robles, who had served 24 years in the famous ”career girls” murder case, was denied parole for a second time.  Robles, 45 years old, was given a life sentence for the killing of Janice Wylie, a Newsweek researcher, and Emily Hoffert, an elementary-school teacher, in an East Side apartment on Aug 28, 1963. ( see Whitmore for expanded story)

November 4, 2013: the U.S. Supreme Court rejected an appeal from Edgar Ray Killen, convicted of manslaughter in 2005 for the 1964 slayings of three civil rights workers in what became known as the “Mississippi Burning” case. The decision means the justices won’t review lower-court rulings that found no violations of Killen’s constitutional rights during his trial in Mississippi. [CBS News article] (see January 4, 2014) 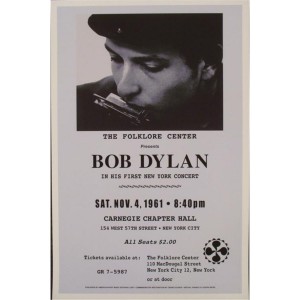 November 4, 1961: Dylan played a concert at Carnegie Chapter Hall, a smaller room than the famous bigger room. There are varying reports on how many people attended the concert. The number ranges between 47 and 53, pretty much all friends and family. (see Nov 20)

November 4, 1963: Newsweek magazine carried an article that mocked Dylan’s self made image and pointed out that he had grown up in a middle class family in Hibbing, MN.

The article showed him as a vain and self-promoting.

“Why Dylan—he picked the name in admiration for Dylan Thomas—should bother to deny his past is a mystery. Perhaps he feels it would spoil the image he works so hard to cultivate—with his dress, with his talk, with the deliberately atrocious grammar and pronunciation in his songs” (see Dec 13)

November 4, 1963: The Beatles performed their legendary Royal Command Performance at the Prince of Wales Theatre, London, before the Queen Mother and Princess Margaret. Technically The Beatles were 7th on a 19-act bill, but there was no doubt that they were, in fact, the main attraction. The Beatles called upon their masterful showmanship to put on a stunning four-song performance. They began playing their first song, “From Me to You”, before the curtain opened. John and Paul, at the end of the first song, moved their microphones nearer to the audience. After playing their second song, “She Loves You”, The Beatles bowed to the audience. A nervous Paul cracked a joke about Sophie Tucker being The Beatles’ favorite American group, then they performed “Till There Was You”.

At the end of that song, Paul and John moved their microphone stands back to their original position. After waiting for the applause to die down, John introduced “Twist and Shout”, requesting that persons in the cheaper seats join in by clapping their hands, while everyone else should just “rattle your jewelry”. At the end of “Twist and Shout”, Ringo came down from his drum kit and joined the others; as the curtain closed behind them, they bowed to the audience, then they bowed to the royal box, and then they ran off the stage to thunderous applause.

November 4, 1964:  NYC police arrested comedian Lenny Bruce  for obscenity. He was arrested many times in his career on charges of obscenity (October 4, 1961). His style of humor, radical for its time, savagely attacked American hypocrisy on sex, religion and race. Many believe that his arrests were provoked more by his attacks on the Catholic Church than for the dirty words in his routines. (see Dec 2)

November 4, 1968: the Christian Science Monitor asked the White House to confirm or deny a story from their Saigon correspondent that said “political encouragement from the Richard Nixon camp: had been “a significant factor” in President Thieus”s sudden decision to stay home.

LBJ did not know of the October 22 messages between Nixon and Haldeman and decided not to confirm the story despite his strong suspicion that Nixon had tried to undermine the negations. (see Nov 5)

November 4, 2002: Qaed Salim Sinan al-Harethi, a suspected al-Qaeda operative, who was believed to have planned the Cole attack, was killed by the CIA using an AGM-114 Hellfire missile launched from an MQ-1 Predator drone. (NYT article) (see Nov 25)

November 4, 1996: Kevorkian’s lawyer announced a previously unreported assisted suicide of a 54-year-old woman. This brings the total number of his assisted suicides, since 1990, to 46. (see JK for expanded story) 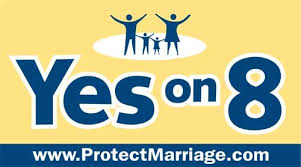 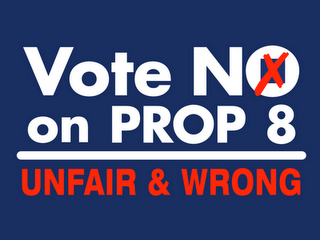 The ban threw into question the validity of the more than 18,000 marriages already performed, but Attorney General Brown reiterated in a news release that he believed the same-sex marriages performed in California before November 4 should remain valid and the California Supreme Court, which upheld the ban in May 2009, agreed, allowing those couples married under the old law to remain that way; also, voters in Arizona, and Florida approved the passage of measures that ban same-sex marriage. Arkansas passed a measure intended to bar gay men and lesbians from adopting children. (click for article re day before California vote >>> Rush to marry) (see Nov 12)

November 4, 2008: “Sixty-three percent of Michigan voters approved Proposal 1 (the law took effect on December 4, 2008). It removed state-level criminal penalties on the use, possession and cultivation of marijuana by patients who possess written documentation from their physicians authorizing the medical use of marijuana.” (see February 25, 2009)

November 4, 2019:  four top White House officials who were supposed to testify for the House’s impeachment inquiry declined to appear. John Eisenberg, the top lawyer at the National Security Council, failed to show up on Capitol Hill for his scheduled deposition time. He is believed to have made the call to lock down records of President Trump’s call with Ukrainian President Volodymyr Zelenskiy in a special system.

Eisenberg’s deputy, Michael Ellis, Rob Blair, who served as an adviser to acting White House chief of staff Mick Mulvaney on national security issues, and Brian McCormack, an energy official at the White House Office of Management and Budget, also did not testify.

The inquiry also hundreds of pages of transcripts from Marie Yovanovitch, the former U.S. ambassador to Ukraine, who testified on Oct. 11, and Michael McKinley, a former adviser to Secretary of State Mike Pompeo, who testified Oct. 16. [NPR story] (see TII for expanded chronology)

November 4, 2019: the Trump administration announced that it would begin formally withdrawing the US from the Paris climate accord, the first step in a year-long process to leave the landmark agreement to reduce emissions of planet-warming gases.

November 4, 2020: the US became the first country to officially exit the Paris climate accord , but depending on the result of the presidential election, the US could swiftly rejoin with Democratic candidate Joe Biden pledging to reverse President Donald Trump’s decision to abandon the accord which was ratified by 189 countries.

After a year that’s seen record-breaking wildfires and a seemingly unending stream of hurricanes strike the Gulf Coast, the US became  the only country to formally pull out of the deal since it was adopted in 2015.

Under the rules of the agreement, a country couldt officially leave for one full year after notifying the UN of its intent to withdraw. The countdown to the US’ exit began on November 4, 2019, when the US sent notice of its plans to leave. [CNN story] (next EI, see Nov 21)