Auditions were a regular part of the Beatles in 1962. And 1962 will be the year the Beatles move from obscurity to popularity, though certainly not to Beatlemania. Not yet.

On New Year’s Day 1962 The Beatles conducted their first audition for a major record company, Decca. In its London studio which was and less than 2 miles from EMI’s Abbey Road studios, The Beatles taped 15 songs that had been carefully selected by Brian Epstein to show off their versatility: “Like Dreamers Do”, “Money”, “Till There Was You”, “The Sheik of Araby”, “To Know Her Is to Love Her”, “Take Good Care of My Baby”, “Memphis”, “Sure to Fall (In Love With You)”, “Hello Little Girl”, “Three Cool Cats”, “Crying, Waiting, Hoping”, “The Love of the Loved”, “September In the Rain”, “Besame Mucho”, and “Searchin'”.

It took about an hour to record all the songs and Decca’s Mike Smith (who had arrived late, irritating Brian Epstein) promised to get back to Brian with Decca’s decision; then Smith hurried the Beatles out of the studio because he was running late for a second audition – with Brian Poole and the Tremeloes.

Decca declined to give the Beatles a recording contract. (Independent article)

February 12, 1962: The Beatles traveled to Broadcasting House, Manchester, Lancashire. Brian Epstein had arranged an audition to perform on radio.

Pilbeam voted “No” on Paul’s performance, but voted “Yes” on John’s. His final answer was “Yes” and the Beatles were booked to record an appearance on the radio program “Teenager’s Turn” on March 7.

After a rehearsal, the Beatles put on suits for the first time and, along with the other artists appearing on the program, recorded the show in front of a teenage audience.

June 6, 1962: The Beatles’ first recording session at Abbey Road Studios. George Martin got along well with John Lennon, Paul McCartney, and George Harrison, but not so with the taciturn Pete Best.

Worse, he considered Pete’s drumming ability to be not up to professional standards and pointed that out to Brian Epstein.

June 11, The Beatles taped for the BBC radio program, “Here We Go.” This is the last Beatle recording on which Pete Best played.

During June, July, August, and September, The Beatles had many gigs and their popularity continued to increase, but mainly around their hometown of Liverpool with The Cavern being their mainstay venue. A change was about happen…

August 16, 1962: Brian Epstein told Pete Best that the he was out of the band, but, amazingly, Epstein asked Best to perform with the band that night. Though at first agreeing, Best later decided against appearing, and he did not show up.

Many Beatles’ fans were partial to Pete. For a few days, Brian Epstein needed protection to walk down Mathew Street, and his new Best fans scratched Epstein’s car.

Ringo, having already agreed to leave Rory Storm and the Hurricanes (that band will, at one point, use Keef Hartley as their drummer. Keef will leave later to form his own band. It will play at the Woodstock Music and Art Fair!) will play with the Beatles as we now know them for the first time on August 18.

September 4, 1962 The Beatles’ first formal recording session at EMI’s Abbey Road studios. George Martin did not consider any of the recordings from June 6 to be good enough for commercial release, so he called the Beatles back into the studio to try again.

The Beatles were unhappy with recording Murray’s song, which they had rearranged from the original demo that George Martin had sent them. However, Martin is insistent and they do record the song. They recorded an unknown number of takes of “How Do You Do It” and over 15 takes of “Love Me Do” with Ringo drumming.

Though Mitch Murray was notified that the Beatles would release his song , the decision was reversed when they chose “Love Me Do” and then “Please Please Me” instead.

Gerry & the Pacemakers later recorded it using the Beatles’ arrangement. the song reached #1 on the charts.

September 11: The Beatles returned to EMI Studios in London for a third attempt at recording their first single. George Martin insisted that studio drummer Allan White take Ringo Starr’s place during the session. Ringo was left to play maracas on “P.S. I Love You” and tambourine on “Love Me Do”.

The band recorded ten takes of “P.S. I Love You” and 18 takes of “Love Me Do,” along with an unknown number of takes of “Please Please Me”.

George Martin suggested that they could improve “Please Please Me” with increased tempo and tight vocal harmonies. They selected “Love Me Do” to be their first A-side, with “P.S. I Love You” on the flip side (a reversal of the original plan).

Release of Love Me Do

October 5: the UK release of Beatles single “Love Me Do/P.S. I Love You” (Parlophone). It reached #17 and was on the charts for 6  weeks. The featured a September. 4 version of “Love Me Do” (Version I) that had Ringo on drums. The album “Please Please Me”, however, will includes Version II, with Andy White on drums.

October 17: in between their lunchtime and night shows at the Cavern Club, the Beatles traveled to Studio Four, Granada TV Centre, Manchester, Lancashire, to make their television debut. They appeared live on a local magazine program called “People and Places”, which was broadcast across north and northwest England. After two rehearsals lasting nearly three hours, The Beatles performed two songs for the live transmission, “Some Other Guy” and “Love Me Do”.

Oct 28:  The Beatles performed at the Empire Theatre, Liverpool. This was a major performance for The Beatles, their first at Liverpool’s top theatre.

The Beatles had hit the big time…at least locally.

November 23: The Beatles traveled to St. James’ Church Hall, London, for a 10-minute audition with BBC Television. The audition came about when a Beatles fan, David Smith of Preston, wrote to the BBC and asked that BBC feature the band on television.

BBC assumed that Smith managed The Beatles and wrote back offering him a November 6 audition.  Smith brought the letter to NEMS Enterprises and Clive Epstein (Brian’s brother) arranged for the November  23 audition.

After the audition, the Beatles hurried home for that night’s scheduled performance.

November 26, 1962, The Beatles were in the recording studio (Studio Two, EMI Studios, London), recording their second single. They recorded “Please Please Me” in 18 takes. Epstein, Martin, and the band select it for the A-side of the band’s new single. Then they recorded in 6 takes of “Ask Me Why” for the flip side.

EMI will issue The Beatles’ second single, “Please Please Me/Ask Me Why” on January 11, 1963. George Martin confidently and accurately predicted that the single will hit #1.

November 27: Brian Epstein received a polite “thumbs-down” letter from the BBC  and he realized that The Beatles would need to score a #1 hit before they had a real chance of making their BBC television debut.

November 27, 1962: The Beatles go to BBC Paris Studio, Regent Street, London, to record their first BBC radio session in London. They perform three songs before a live studio audience: “Love Me Do”, “P.S. I Love You”, and “Twist and Shout”.

December 3: The Beatles appeared in a live television broadcast from TWW Television Centre, Bristol, Somerset, on the program “Discs a Gogo”, which was broadcast to that and nearby regions. The Beatles performed live, but lip-sync to “Love Me Do”.

December 4: The Beatles appeared in a live television broadcast from Wembley Studios, Wembley, Middlesex. This was their London-area debut on television on a children’s program called “Tuesday Rendezvous.” The Beatles performed live, doing lip-sync performances of “Love Me Do” and 45 seconds of “P.S. I Love You”.

December 17: The Beatles appeared live television from Studio Four, Granada TV Centre, Manchester, for the TV program “People and Places”. They performed “Love Me Do” and “Twist and Shout.”

Back in the Hamburg

With increasing home popularity, The Beatles reluctantly found themselves back in Hamburg for the rest of 1962. It would be their last visit and 1963 will be their best year yet. 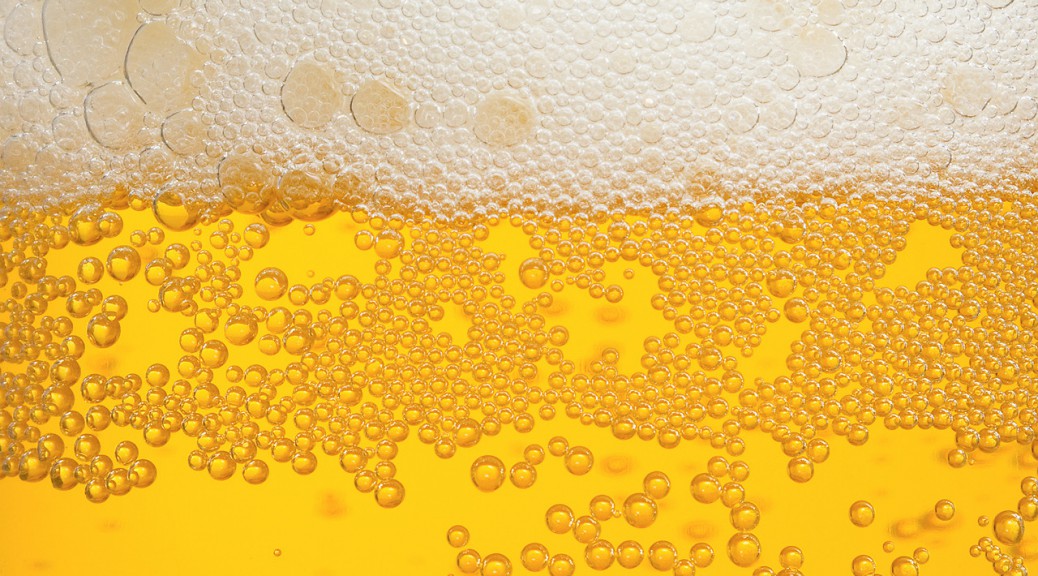 Nowadays if a headline read that “Republicans Support Health Care” most would think it’s a typo. For example President Donald Trump has repeatedly said: ObamaCare is a catastrophe that must be repealed and replaced.

But in 1921 a Republican president, Warren G Harding, and some Republican sponsors did support federal support for health care. On this date he provided money for women’s health care as well as attempting to keep doctors from prescribing beer as a medication. 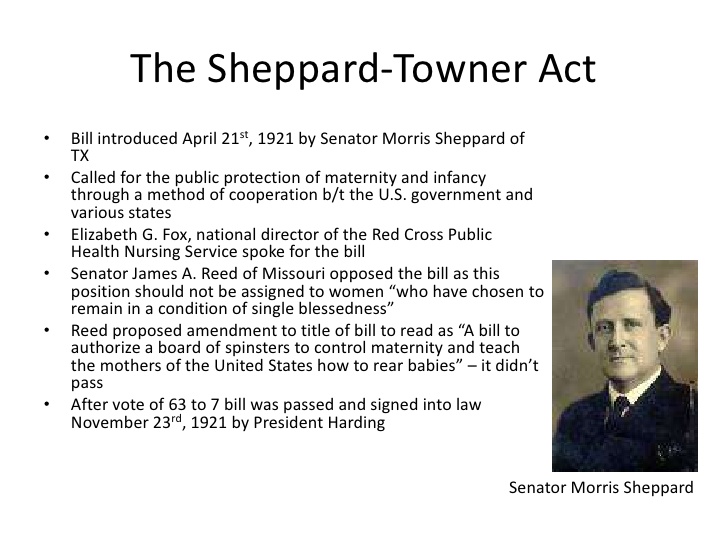 The Sheppard–Towner Maternity and Infancy Protection Act of 1921 provided $1 million annually in federal aid (for a five-year period) to state programs for mothers and babies, particularly prenatal and newborn care facilities in rural states.   [Government site explaining the Act]

The Act kept in force all anti-liquor tax laws that had been in place prior to the passage of the Volstead Act in 1919. It gave authorities the right to choose whether or not to prosecute offenders under prohibition laws or revenue laws. At the same time guaranteeing bootleggers that they would not be prosecuted in both ways. (NYT article)