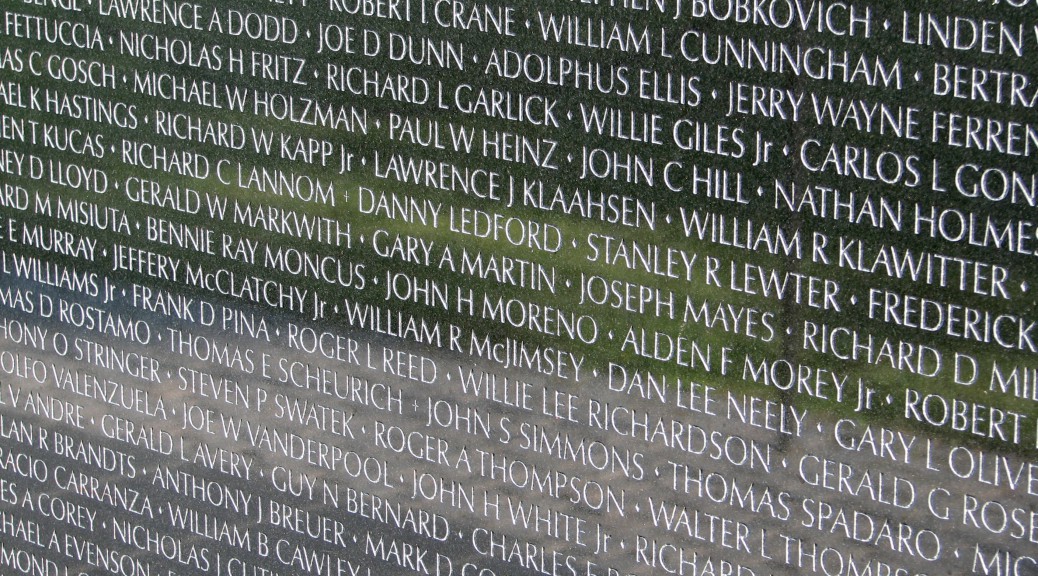 From 1831–1862 the Underground Railroad helped approximately 75,000 slaves escape to the North and to freedom . The so-called railroad was a system in which free African American and white “conductors,” abolitionists and sympathizers helped guide and shelter the escapees. (Slave Revolts, see July 2, 1839)

November 10, 1952: Jeremiah Reeves, a 16-year-old black high school student and jazz drummer, was arrested in Montgomery, Alabama, and interrogated about the rape of Mabel Ann Crowder the previous July. Ms. Crowder, a white woman, had claimed rape after she and was discovered in her home having sex with Jeremiah – sex many in the black community suspected was part of a consensual, ongoing affair. Within minutes of his arrest, Jeremiah was taken to Kilby Prison where, during “questioning” by police, he was strapped into the electric chair and told that he would be electrocuted unless he admitted committing all of the rapes of white women reported that summer. The fearful boy soon confessed to the charges against him. Alabama executed him on March 8, 1958. [Black Then article] (BH, see Dec 18; JR, see December 6, 1954)

November 10, 1964: Garvey’s body was returned to Jamaica. The following day he was declared the country’s first national hero. He is buried in the Marcus Garvey Memorial, National Heroes’ Park, Kingston, Jamaica. (see Garvey for expanded chronology)

November 10 – 13, 1999: James “Doc” Caston, Charles Ernie Caston, and Hal Spivey Crimm had a joint jury trial in the Circuit Court of Humphreys County, Mississippi, the Honorable Jannie M. Lewis, presiding, for the death of Pool. Doc, Charles and Crimm were convicted of manslaughter by an unanimous jury.

All three men were sentenced to serve a term of twenty (20) years in the custody of the Mississippi Department of Corrections. (see Dec 9)

November 10, 2014: President Barack Obama announced 19 recipients of the Presidential Medal of Freedom, including James Chaney, Andrew Goodman and Michael Schwerner, the three civil rights workers killed by the KKK, on June 21, 1964 in Mississippi.

“From activists who fought for change to artists who explored the furthest reaches of our imagination; from scientists who kept America on the cutting edge to public servants who help write new chapters in our American story, these citizens have made extraordinary contributions to our country and the world,” he said. (next BH, see Dec 17; see Murders for expanded story) 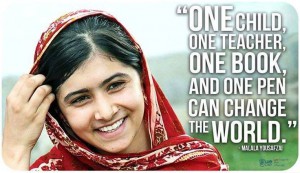 November 10, 2013: in a decision announced by All Pakistan Private Schools Federation President Mirza Kashif, Malala Yousufzai’s recent book I am Malala will be banned in all schools across the country due to its ‘controversial’ content. In order to justify the decision, Mr. Kashif stated that the reason behind the ban is to avoid any confusion that the book may cause for students. It bears mentioning that the decision was taken by the private school owners; the government remained neutral toward the development. Furthermore, Mr. Kashif said that the book had little to do with the curriculum in schools and therefore should not be included in the syllabus. (see Nov 20)

November 10, 1919: the US Supreme Court ruled in Abrams v. United States that the federal government could criminalize free speech if it was of a type tending to bring about harmful results, in this case resistance to the United States war effort. In a powerful dissenting opinion, Justice Oliver Wendell Holmes countered that even during wartime, free speech could only be curtailed when there was clear and “present danger of immediate evil or an intent to bring it about.” (Abrams v. United States)(see March 23, 1920)

November 10, 2021: a Defense Department inspector general report, titled Evaluation of Special Victim Investigation and Prosecution Capability within the Department of Defense, found that the criminal investigative organizations of the individual military services didn’t consistently assign certified lead investigators, or specially trained prosecutors, to cases that included sexual assault or domestic violence. As a result, investigations of those offenses were at times carried out “in a manner that was inconsistent with federal law and DoD policy.”

The report released showed that unrestricted reports of sexual assault had more than doubled in the last decade, but the Pentagon had not provided additional resources or training to its investigators to keep up with the growing case load.

“There’s a lot of empty words that have come out over the years about how they’re going to handle this,” said Don Christensen, president of Protect Our Defenders and the former chief prosecutor of the Air Force. “And ultimately that falls back to the secretaries of defense, service secretaries, and service chiefs. They’re in charge.”  [Task & Purpose article] (next WH, see Dec 16)

November 10, 1938: one day after Kristallnacht and the eve of Armistice Day, the radio and recording star Kate Smith, the “Songbird of the South,” spoke the following words on her weekly CBS show: “And now it’s going to be my very great privilege to sing for you a song that’s never been sung before by anybody … It’s something more than a song — I feel it’s one of the most beautiful compositions ever written, a song that will never die. The author, Mr. Irving Berlin. The title, ‘God Bless America.’” 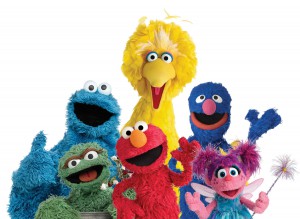 November 10, 1969: “Sesame Street” made its broadcast debut. The show was the brainchild of Joan Ganz Cooney, a former documentary producer for public television. Cooney’s goal was to create programming for preschoolers that was both entertaining and educational. She also wanted to use TV as a way to help underprivileged 3- to 5- year-olds prepare for kindergarten. (see January 1, 1970)

November 10, 1964: at a news conference, Secretary of Defense Robert McNamara said that the US had no plans to send combat troops into Vietnam. When asked whether the US intended to increase its activities in Vietnam, he replied, “Wait and see.” (see Dec 19)

November 10, 1970: for the first time in five years, no U.S. combat fatalities in Southeast Asia were reported for the previous week. (see Nov 17)

November 10, 1968: Zond 6 followed its predecessor’s trajectory around the moon and returns with a “skip” reentry, bouncing once off the Earth’s atmosphere to reduce the G-forces acting upon the contents. Two more Zond flights will follow in 1969 but they will all be unmanned. (see Dec 21 – 27)

November 10, 1983: the 1944 challenge that Fred Korematsu brought regarding the Japanese internment and that the Supreme Court sided with the government in Korematsu v. United States ruling that the exclusion order was constitutional, in response to a petition of error coram nobis (“error before us”) by Fred Korematsu, the San Francisco Federal District Court reversed Korematsu’s 1942 conviction and rules that the internment was not justified. (NYT article) (see Internment for more)

November 10, 2001:  Ken Kesey died in a hospital in Eugene, Ore. He was 66 and lived in Pleasant Hill, Ore. The cause was complications after surgery for liver cancer late last month, said his friend and business associate, Ken Babbs. (see April 29, 2008)

November 10, 2009:  The American Medical Association softened its position on medical marijuana. The statement read in part: “Our AMA urges that marijuana’s status as a federal Schedule I controlled substance be reviewed with the goal of facilitating the conduct of clinical research and development of cannabinoid-based medicines, and alternate delivery methods. This should not be viewed as an endorsement of state-based medical cannabis programs, the legalization of marijuana, or that scientific evidence on the therapeutic use of cannabis meets the current standards for a prescription drug product.” (see January 11, 2010)