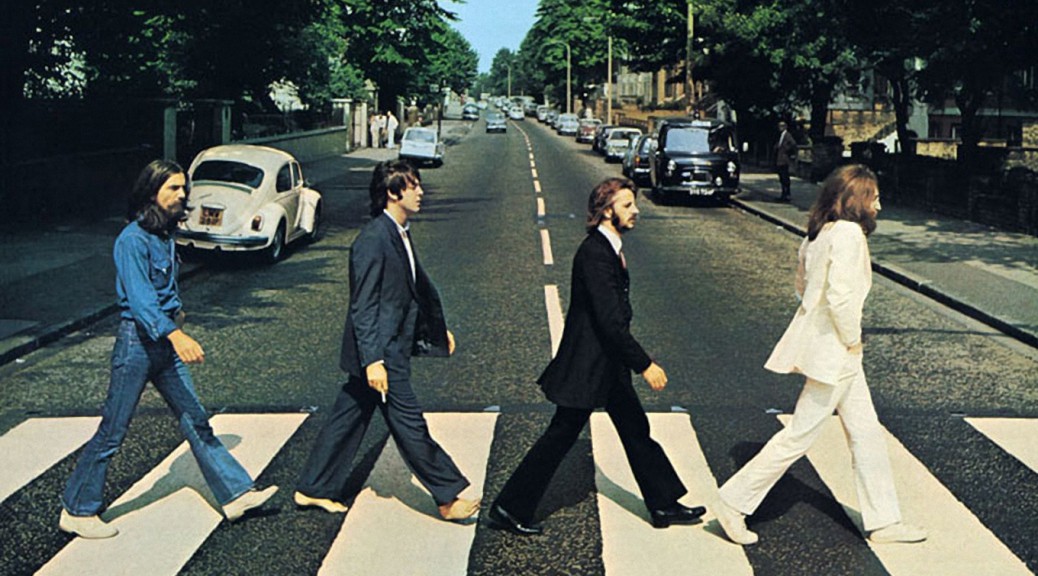 October 1, 1851: citizens of Syracuse, N.Y., broke into the city’s police station and freed William Henry (known as Jerry), a runaway slave who had been working as a barrel-maker. A group of black and white men created a diversion and managed to free Jerry, but he was later rearrested.

At his second hearing, a group of men, their skin color disguised with burnt cork, forcibly overpowered the guards with clubs and axes, and freed Jerry a second time. He was then secretly taken over the border to Canada. [Syracuse dot com article] (Slave Revolts, see Oct 16 – 17, 1959; BH, see March 20, 1852) 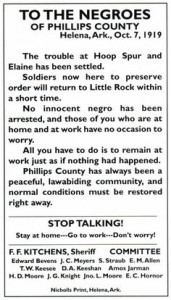 October 1, 1919: a race riot broke out in Elaine, Arkansas. Black sharecroppers were meeting in the local chapter of the Progressive Farmers and Household Union of America. Planters opposed their efforts to organize for better terms and the sharecroppers had been warned of trouble. A white man intent on arresting a black bootlegger approached the lookouts defending the meeting, and was shot. The planters formed a militia to attack the African-American farmers. In the ensuing riot they killed between 100 and 200 blacks, and five whites also died. [Black Past article]  (next BH, see Oct 11; next RR, see May 31 and June 1, 1921;  next Lynching, see Dec 27; Elaine continued, see February 19, 1923; for for expanded chronology, see American Lynching 2)

October 1, 1948: by a 4–3 vote, the California Supreme Court, in Perez v. Sharp, struck down an 1850 state law banning interracial marriage. The case involved Andrea Perez, who was a Mexican-American but classified as “white” by the state at that time, and Sylvester Davis, who was African-American. Reportedly, this was the first time any court in the U.S. had ruled on the issue of racial intermarriage.

The Court: “In summary, we hold that sections 60 and 69 are not only too vague and uncertain to be enforceable regulations of a fundamental right, but that they violate the equal protection of the laws clause of the United States Constitution by impairing the right of individuals to marry on the basis of race . . . alone and by arbitrarily and unreasonably discriminating against certain racial groups.”  [Atlantic article] (see Dec 10) 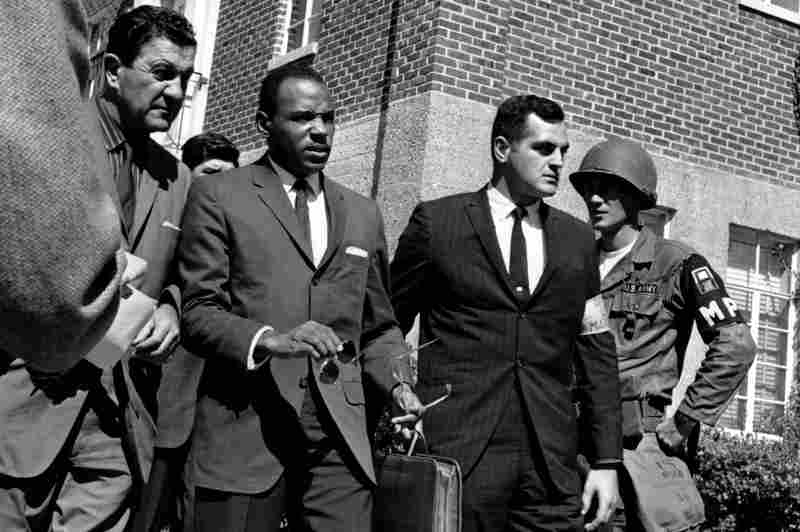 October 1, 1962: in the fall of 1962, the University of Mississippi was the scene of violent riots in protest of James Meredith’s attempts to enroll as the segregated school’s first black student. In June 1962, after more than a year of litigation, the United States Court of Appeals for the Fifth Circuit ordered the university to admit Meredith. In response, Mississippi Governor Ross Barnett gave a televised speech on September 13, 1962, vowing to resist integration.

Meredith, a 29-year-old Air Force veteran born in Mississippi, sought to enroll at Ole Miss in September 1962. Governor Barnett, a member of the pro-segregation White Citizen’s Council, personally blocked him the first two times he tried, and sent Lt. Governor Paul Johnson to prevent Meredith’s enrollment a third time. On September 28, 1962, the Fifth Circuit unanimously held Barnett in contempt of court for violating his duty to maintain order and allow Meredith to lawfully enroll.

On September 30, 1962, the next date set for Meredith’s enrollment, mobs had formed on campus and riots raged, killing two people and injuring many others. The following day, October 1, 1962, federal marshals sent by President John F. Kennedy successfully escorted Meredith to enroll as the University of Mississippi’s first black student and accompanied him to his first day of classes.

Mississippi Attorney General Joe Patterson soon instructed university students it was their constitutional right to refuse “to socialize or fraternize with an undesirable student” and unrest continued. Meredith suffered ongoing isolation, harassment, and violence. In October, students rioted and broke university cafeteria windows as Meredith ate there; in December, Meredith’s home was struck by shotgun blasts that nearly injured his teenaged sister and a dead raccoon was left on his car. Nevertheless, Meredith remained and on August 18, 1963, he graduated from the University of Mississippi with a degree in political science. (BH, see Oct 16; Meredith, see January 20, 1963)

October 1, 1975: Ali defeated Joe Frazier in the “Thrilla in Manila.” It is their third fight, each winning once before. Ali had expected an easy bout, but Frazier takes it to the champ. Ali wins the bout in one of the greatest battles in the history of boxing. [Guardian article] (BH, see Dec 2; next Ali, see September 28, 1976)

The revelation led the district attorney’s office to reopen and re-prosecute the case against Beckwith. It was the first of a series of prosecutions of unpunished killings from the civil rights era. (see ME for expanded chronology)

Defense attorneys for the five supervisors had argued during a July 9 hearing that dereliction-of-duty charges should be dismissed due to a series of procedural issues. They contended the supervisors’ right to speedy trials had been violated; more than five-and-a-half years had passed since the Nov. 29, 2012 chase that ended in the deaths of the unarmed Timothy Russell and Malissa Williams.

Judge Dawson noted in a Sept. 20 ruling that statutory requirements for speedy trials do not apply because the case was previously appealed to the Ohio Supreme Court, which ruled last year the trial could be held in East Cleveland. (see 137 for expanded chronology)

Guyger, who is white, was charged in the death of her 26-year-old neighbor after she said she accidentally went to the wrong floor of their apartment complex, entered the unit directly above hers and fatally shot him last year. Guyger claimed she thought she was entering her own apartment and acting in self-defense against an intruder. [NYT article] (B & S and BSJ, see Oct 2)

October 1, 1910: LA Times Bombing: an ink storage room in the L.A. Times building was dynamited during a citywide fight over labor rights and organizing.  The explosion was relatively minor, but it set off a fire in the unsafe, difficult-to-evacuate building, ultimately killing 21.

A union member eventually confessed to the bombing, which he said was supposed to have occurred early in the morning when the building would have been largely unoccupied. [2017 LAT article] (Labor, see Nov 26; LA Times, see December 5, 1911) 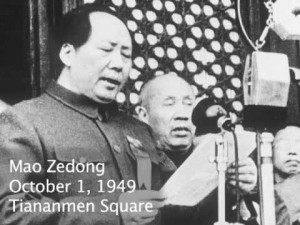 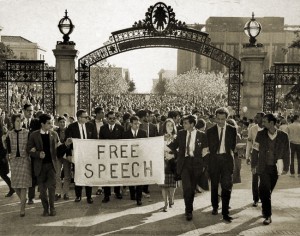 October 1, 1964: the Free Speech Movement was launched at the University of California at Berkeley. Students insisted that the university administration lift the ban of on-campus political activities and acknowledge the students’ right to free speech and academic freedom. (see Student Free Speech for expanded story)

October 1, 2016: in college football, before East Carolina took on the University of Central Florida, a few members of ECU’s band took a knee during the national anthem. People in the crowd noticed, and the response was split between students and alum.

When it came time for the band to perform at halftime, there were many boos directed at them.

ECU chancellor Cecil Staton issued a statement shortly after, saying that the school “respects the rights of our students, staff and faculty to express their personal views.” (see FS & CK, see Oct 4)

October 1, 1966: Cream was playing a show at London Polytechnic. Hendrix asked Eric Clapton if he could jam with them and did playing “Killing Floor” amazing the audience as well as the members of Cream. (see Dec 26) 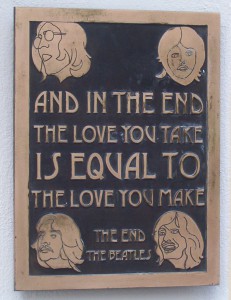 October 1, 1969: Daniel Ellseberg, with his Rand Corporation colleague Anthony Russo, began copying the secret Pentagon Papers in Los Angeles on this day. The Papers, which they had obtained while working at the Rand Corporation in Santa Monica, California, had been commissioned by Defense Secretary Robert McNamara in 1967 because of his growing doubts about the Vietnam War. (see DE/PP for expanded story)

October 1, 1979: The Progressive Magazine on this day published an article by Howard Morland on the hydrogen bomb, which the government claimed revealed the “secret” of how to make the bomb. The government enjoined the publication of that issue (March 9, 1979), but after lengthy legal proceedings finally gave up. Morland maintained that the article only discussed the conceptual aspects of the H-Bomb, with no technical engineering details necessary to make one. And no authority has since claimed that the article contains the “secret” to the H-bomb.

The affair echoed an incredible incident nearly 30 years earlier when government officials, on March 31, 1950, seized and burned all 3,000 copies of the respected magazine Scientific American, because they alleged that an article on atomic energy revealed the “secret” to the atomic bomb. Coming at the height of the Cold War, the incident passed with only very limited news coverage and public protest. [Progressive article]  (see January 2, 1980)

October 1, 1986: the following excerpt from a letter was delivered by Joseph Cardinal Ratzinger, Prefect [the future Pope Benedictus XVI] and approved and ordered published by Pope John Paul II: “Although the particular inclination of the homosexual person is not a sin, it is a more or less strong tendency ordered toward an intrinsic moral evil; and thus the inclination itself must be seen as an objective disorder.

Therefore special concern and pastoral attention should be directed toward those who have this condition; lest they be led to believe that the living out of this orientation in homosexual activity is a morally acceptable option. It is not.” (see March 10, 1987)

October 1, 1989: the Registered Partnership Act went into effect in Denmark. It was the first law in the world that allowed civil unions between homosexual couples. (see February 26, 1990)

October 1, 2011, Occupy Wall Street protesters set out to march across the Brooklyn Bridge. The NY Times reported that more than 700 arrests were made. (see Oct 5)

October 1, 2014:  a federal appeals court ordered a lower court to block two new voting restrictions in North Carolina, saying there was “no doubt” the measures would disenfranchise minorities. North Carolina would be required to reinstate same-day voter registration, as well as allow voters to cast ballots even if they show up to vote in the wrong precinct.

In a two-to-one ruling, the U.S. Court of Appeals for the 4th Circuit ruled that “whether the number is thirty or thirty-thousand, surely some North Carolina minority voters will be disproportionately adversely affected in the upcoming election” and that it was important to act now, since “there could be no do-over and no redress” once the election was over. (VR, see Oct 9; North Carolina, see April 6, 2015)

October 1, 2015: the Obama administration unveiled a major new regulation on smog-causing emissions that spew from smokestacks and tailpipes, significantly tightening the current Bush-era standards but falling short of more stringent regulations that public health advocates and environmentalists had urged.

The Environmental Protection Agency set the new national standard for ozone, a smog-causing gas that often forms on hot, sunny days when chemical emissions from power plants, factories and vehicles mix in the air, at 70 parts per billion, tightening the current standard of 75 parts per billion set in 2008. Smog has been linked to asthma, heart and lung disease, and premature death. [NYT article] (see Nov 6)

October 1, 2020:  the NY Times reported that Judge Jeffrey S. White of U.S. District Court for the Northern District of California ruled that President Trump overstepped his authority in suspending new visas for hundreds of thousands of foreign workers amid the coronavirus pandemic, enabling major companies like Microsoft, Goodyear Tire and Exxon Mobil to resume bringing employees from abroad.

White temporarily blocked further implementation of the sweeping order, issued on June 22, as it applied to thousands of companies seeking to bring workers to the United States on a wide array of visas, including the H-1B for high-skilled workers, seasonal employees on guest-worker visas and others, such as au pairs, who enter the country on cultural exchange visas.

“Congress’ delegation of authority in the immigration context does not afford the President unbridled authority to set domestic policy regarding employment of non-immigrant foreigners,” the judge wrote in his 25-page decision. [next IH, see Oct 9)