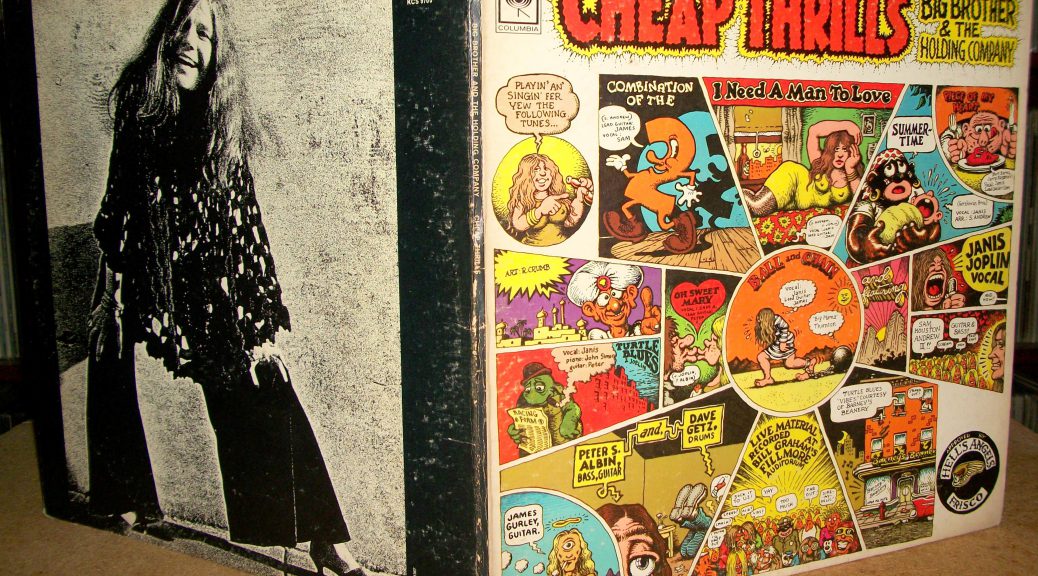 October 12, 1871: founded by former Confederate Army officers in December 1865, the Ku Klux Klan (KKK) operated as a secret vigilante group targeting black people and their allies with violent terrorism to resist Reconstruction and re-establish a system of white supremacy in the South.

KKK violence was so intense in South Carolina after the Civil War that United States Attorney General Amos Akerman and Army Major Lewis Merrill traveled there to investigate. In York County alone they found evidence of 11 murders and more than 600 whippings and other assaults. When local grand juries failed to take action, Akerman urged President Ulysses S. Grant to intervene, describing the counties as “under the domination of systematic and organized depravity.” Merrill said the situation was a “carnival of crime not paralleled in the history of any civilized community.”

On April 20, 1871, President Grant had signed the Ku Klux Klan Act, which made it a federal crime to deprive American citizens of their civil rights through racial terrorism. On October 12, 1871, President Grant warned nine South Carolina counties with prevalent KKK activity that martial law would be declared if the Klan did not disperse. The warning was ignored. (see Oct 17)

October 12, 1959:  Booker T. Mixon was born in 1934 in Itta Bena. He was a World War II veteran, Mixon, his wife Earlene, and their two children moved from Chicago in 1959, where they lived after the war, to Clarksdale, Mississippi. After the family moved, Mixon worked hauling dirt and gravel for about 3 months for J.A. Childs of Greenwood, a white man.

On October 12, 1959, Mixon was discovered naked lying in near fatal condition on the side of the road in Marks, Mississippi. Sheriff’s Deputy Ben Collins of Quitman County found Mixon and called his case a “hit and run.” The flesh on Mixon’s abdomen and back had been torn from his body; witnesses said it appeared as though he had been dragged by a car.

Dr. Joseph Jones Jr., a black physician and surgeon from Clarksdale, reported that “[Mixon] had multiple abrasions and bruises on his face, head, abdomen, and legs… Furthermore, there were brain injuries and head fractures. I would say he could have been dragged by a car, perhaps, over some grass.”  [Northeastern University article] (BH & Mixon, see Oct 23)

October 12, 1995: Jonny Gammage, cousin and business partner of Pittsburgh Steelers football player Ray Seals, was detained during a traffic stop while driving Mr. Seals’s Jaguar in the working-class suburb of Brentwood on the morning of October 12, 1995. According to testimony, Lt. Milton Mullholland pulled Mr. Gammage over for tapping his breaks and called Officer John Votjas for backup. The officers later claimed that Mr. Gammage, who was 5’6″ and 165 pounds, pointed an object at the officers – which turned out to be a cell phone – and struggled. Mullholland and Votjas, along with Officer Michael Albert, Sgt. Keith Henderson, and Officer Sean Patterson, ultimately pinned Mr. Gammage face-down on the pavement; he asphyxiated and died after several minutes.

Officer Votjas was acquitted by an all-white jury and, a year later, promoted to sergeant; Judge Joseph McCloskey dismissed charges against Mulholland and Albert after two trials resulted in mistrials. In January 1996, Brentwood police chief Wayne Babish, who had called for a complete investigation into Mr. Gammage’s death, was fired by the Brentwood City Council for failing to support the charged officers.

Multiple public protests were held in Pittsburgh and elsewhere, calling for “Justice for Jonny” and federal intervention. However, in 1999 the Department of Justice declined to file civil rights charges, stating that there was not enough evidence that unreasonable force had been used. (Fact Sheet on the Murder of Jonny Gammage) (see Oct 16)

October 12, 2019: a white Fort Worth, TX police officer shot and killed Atatiana Jefferson, a 28-year-old black Texas woman. She had been playing video games with her 8-year-old nephew.

James Smith, a neighbor, told reporters that he got a call from his niece that both his neighbor’s front doors were open. He said this was unusual for Jefferson, and that he saw all the lights in the house were on. He said he called officers to the scene, but meant it only as a welfare check to make sure she was all right.

When the officer, outside, saw Jefferson inside he called out a warning and shot. (next B & S and AJ, see Oct 14) 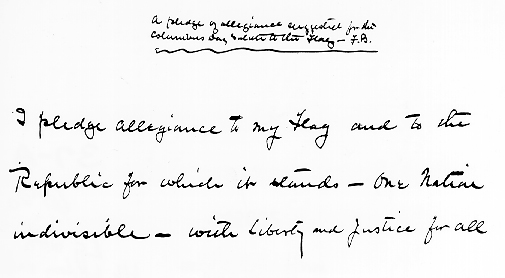 October 12, 1892: during Columbus Day observances organized to coincide with the opening of the World’s Columbian Exposition in Chicago, Illinois, the pledge of allegiance was recited for the first time. Francis Bellamy, a Christian Socialist, had initiated the movement for such a statement and having flags in all classrooms. His pledge was: I pledge allegiance to my Flag and the Republic for which it stands, one nation indivisible, with liberty and justice for all.

In 1923: the National Flag Conference called for the words “my Flag” to be changed to “the Flag of the United States,” so that new immigrants would not confuse loyalties between their birth countries and the United States. The words “of America” were added a year later. (see Pledge for expanded story)

see Robert A. Moog and Herbert A. Deutsch for more 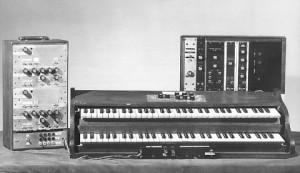 October 12, 1969: a DJ on Detroit’s WKNR radio station received a phone call telling him that if you play The Beatles ‘Strawberry Fields Forever’ backwards, you hear John Lennon say the words “I buried Paul.” This started a worldwide rumor that Paul McCartney was dead. [2018 BBC article] (see Oct 20)

October 12, 1984: The Comprehensive Crime Control Act of 1984 was enacted. It was signed into law by President Ronald Reagan. Among its constituent parts and provisions was the Armed Career Criminal Act. The ACCA provided sentence enhancements for felons who committed crimes with firearms, if convicted of certain crimes three or more times.

If a felon has been convicted more than twice of a “violent felony” or a “serious” drug crime, the Act provided a minimum sentence of fifteen years, instead of the ten-year maximum prescribed under the Gun Control Act. The Act provided for a maximum sentence of life imprisonment. [Slate article] (see Nov 12)

October 12, 2014: U.S. District Judge Timothy Burgess released his 25-page decision that struck down Alaska’s first-in-the-nation ban on gay marriages. Five gay couples had asked the state of Alaska to overturn a constitutional amendment approved by voters in 1998 that defined marriage as being between one man and one woman.

The lawsuit filed in May sought to bar enforcement of Alaska’s constitutional ban on same-sex marriage. It also called for barring enforcement of any state laws that refused to recognize gay marriages legally performed in other states or countries or that prevent unmarried gay couples from marrying. 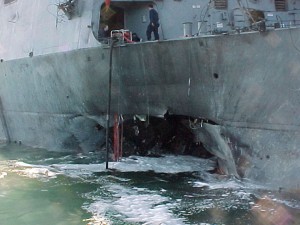 October 12, 2011: the trial of Umar Farouk Abdulmutallab, accused of trying to blow up a commercial airliner with a bomb sewed into his underwear ended  just a day after it had begun, when he abruptly announced that he would plead guilty to all of the federal counts against him.

He stated that “The Koran obliges every able Muslim to participate in jihad and fight in the way of Allah…I carried the device to avenge the killing of my Muslim brothers and sisters… Unfortunately, my actions make me guilty of a crime.” [NYT article] (Terrorism &  Abdulmutallab, see February 16, 2012)

October 12, 2018: Pope Francis accepted the resignation of Washington Cardinal Donald Wuerl after he had become entangled in two major sexual abuse and cover-up scandals and lost the support of many in his flock.

Wuerl becames the most prominent head to roll in the scandal roiling the Catholic Church after his predecessor as Washington archbishop, Theodore McCarrick, was forced to resign as cardinal over allegations he sexually abused at least two minors and adult seminarians.

The decision came after months in which Wuerl initially downplayed the scandal, insisted on his own good record, but then progressively came to the conclusion that he could no longer lead the archdiocese.  (next SAoC, see Oct 18; McCarrick, see February 16, 2019)