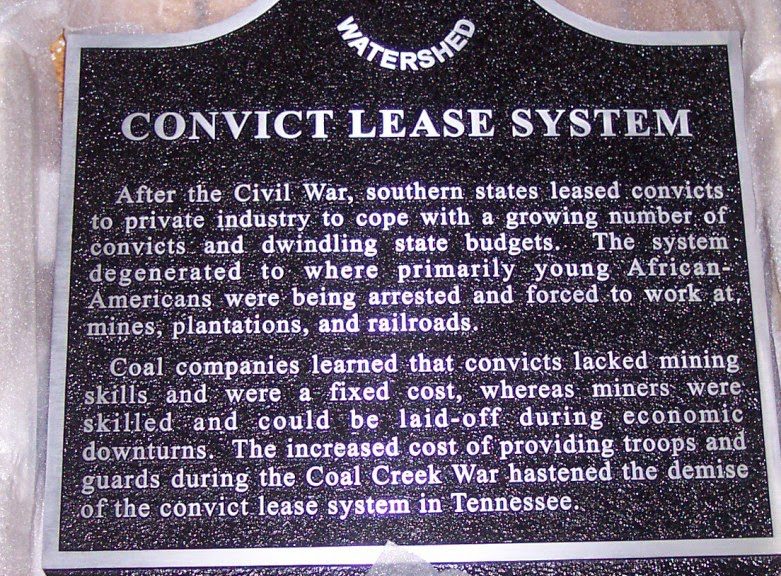 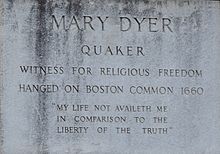 May 11, 1682: the Massachusetts General Court repealed two laws that had banned the celebration of Christmas and had authorized capital punishment for expelled Quakers returning to the colony. (History of Massachusetts  blog article) (DP, see June 10, 1692; Separation, see April 22, 1864)

After the Civil War, Georgia and other Southern states faced economic uncertainty. Dependent on enslaved black labor that was no longer available after emancipation and ratification of the Thirteenth Amendment, Southern economies struggled to find a new solution. For many, leasing state convicts to labor for private businesses seemed the perfect answer.

Ratified in 1865, the Thirteenth Amendment prohibited involuntary servitude “except as punishment for crime” and seemingly permitted the forced labor of prisoners. At the same time, Southern prison populations had grown greatly following the Civil War, and that increase was disproportionately fueled by newly-emancipated black men and women incarcerated for violating discriminatory Black Codes that criminalized unemployment and vagrancy and severely punished even the most minor thefts.

On May 11, 1868, in the midst of Reconstruction, Georgia Provisional Governor Thomas Ruger leased 100 black prisoners to William A. Fort of the Georgia & Alabama Railroad for one year for $2500 under an agreement that made Mr. Fort responsible for their well-being. Sixteen prisoners died before the end of the contract. Undeterred, Georgia officials expanded the system the following year, leasing all 393 state prisoners to work on another railroad. Over the next several years, convict leasing in Georgia proved both deadly and profitable. The state legislature routinely turned a blind eye to reports of inhumane treatment and even murder and, in 1876, authorized the state to enter into long-term, twenty-year convict leasing contracts valued at $500,000. (BH, see July 9; C & P, see February 22, 1922)

May 11, 1963: Klansmen in Birmingham set off two bombs in an African-American neighborhood and rioting broke out, despite pleas by movement leaders for nonviolence. (see May 13)

May 11, 1967: Benjamin Brown, a former civil rights organizer, was shot in the back in Jackson, Miss. He had walked with a friend into a café to pick up a sandwich to take home to his wife. On his way back, he encountered a standoff between law enforcement officers and students from Jackson St College, who had been hurling rocks and bottles at them. Brown was hit in the back by two shotgun blasts. No arrests were ever made. In 2001, a Hinds County grand jury reviewing the case blamed two deceased officers: Jackson police officer Buddy Kane and Mississippi Highway Patrolman Lloyd Jones. The Brown family filed a lawsuit, and the city of Jackson settled for $50,000. (Northeastern dot edu article) (see May 15) 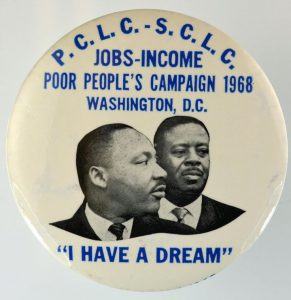 May 11, 1968: the Poor People’s Campaign arrived in Washington, D.C. A shantytown called “Resurrection City” was erected as a tribute to the slain Martin Luther King Jr. He had conceived the campaign, which was led by his successor at the head of the Southern Christian Leadership Conference, Ralph David Abernathy. (Poor Peoples Campaign article) (see May 12) 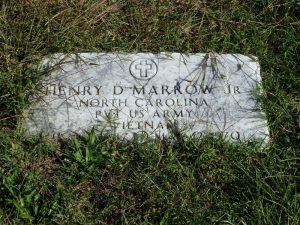 May 11, 2010: Arizona Governor Jan Brewer signed into law HB 2281, a legislative act designed to end Ethnic Studies classes in the state. This law banned schools from engaging with certain books written by authors of color and temporarily eliminated the Mexican American Studies program in Tucson schools, preventing hundreds of students from engaging with their history and culture within a school setting until it was  found unconstitutional in 2017. [EJI article] (next BH, see Sept 6)

Holmes, comes from Cobb County in the Atlanta metropolitan area, where she was the first African-American to serve as district attorney. She was the fourth prosecutor assigned to lead a case that has bounced among district attorneys and law enforcement agencies. [NYT article] (next AA, see May 21 or see AA for expanded chronology)

May 11, 1894: led by Eugene Victor Debs of the American Railway Union, the future founder of the Socialist Party of America, workers at the Pullman factory begin a strike that leads to the death of 34 people after violence breaks out between workers and federal troops deployed by President Grover Cleveland. (ThoughtCo article) (Anarchism, see August 17, 1894; Labor, see June 26) 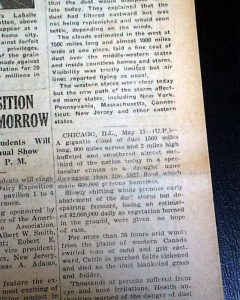 May 11, 1934: a massive storm sent millions of tons of topsoil flying from across the parched Great Plains region of the United States as far east as New York, Boston and Atlanta. (Finding Dulcinea article)(see April 14, 1935) 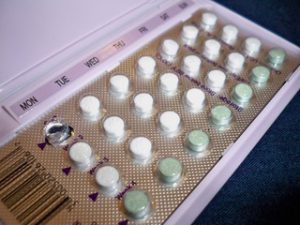 May 11, 1960: the FDA approved Searle’s contraceptive pill, Enovid, the first drug approved in order to prevent a medical happening. In 1959, Searle had applied to license the “Pill” – an oral progestin – as a contraceptive. They chose Dr John Rock to present the findings of the experiences of 897 women before the Food and Drug Administration (FDA).

Rock (1890-1984) was an American obstetrician and gynecologist who was an expert in human fertility, the requirement at the time was that a drug must be proven safe and not necessarily effective. However, the young reviewer, who was aware of the implications of the Pill, was thorough in his examination, requiring further lab tests before approval. By 1964 some four million women were on the pill.  (PBS American Experience article) (see “In December”)

May 11, 1970:  release of the triple soundtrack album ‘Woodstock’ in the US, going gold within two weeks. (see Road for expanded story)

May 11, 1989: the collaborative effort by the three remaining Beatles, All Those Years Ago, released. (see June 22)

May 11, 1966: NYC Police Commissioner Howard Leary instructed policemen not to lure gays into breaking the law and to “make every effort” to find witnesses whenever an arrest occurs involving homosexual advances to a plainclothesman. (see “In August“)

May 11, 2017: the Church of Jesus Christ of Latter-day Saints announced that it would pull an estimated 130,000-180,000 Mormon teenagers ages 14-18 from Boy Scouts starting next year. The Boy Scouts’ “Varsity” and “Venturing” programs for older teens had become difficult to implement within the religion, which opposed gay marriage and taught its members that being in a homosexual relationship is a sin. (LGBTQ, see June 23; BSA, see Oct 9)

May 11, 2018: Oklahoma Gov. Mary Fallin signed a law that said no child-placement agency would be required to put children up for adoption or in foster care in situations that “violate the agency’s written religious or moral convictions or policies.”

The governor said the law would not restrict the ability of LGBT people from getting a child through adoption or foster care, but critics disagreed. (see June 4)

May 11, 1973: Judge Byrne granted a mistrial due to what he deemed to be serious government misconduct. All charges against Ellsberg and Russo dropped. (see Papers for expanded story)

May 11, 1995: signatory nations agreed to extend the Nuclear Non Proliferation Treaty (NPT) (see July 1, 1968) indefinitely. The NPT is an agreement signed by 189 countries to control the spread of nuclear weapons and nuclear technology based on the principles of disarmament, non-proliferation, and the use of nuclear technology for peaceful purposes. The treaty was opened for signature in 1968 with a provision for review conferences every five years. During the 1995 review conference in New York City, member countries decided to keep the treaty open indefinitely. (UN article) (see September 24, 1996) 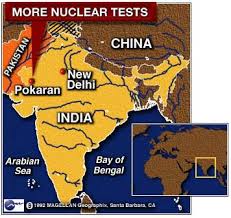 In an eight-paragraph memo to the nation’s prosecutors, Mr. Sessions returned to the guidance of President George W. Bush’s administration by calling for more uniform punishments — including mandatory minimum sentences — and directing prosecutors to pursue the strictest possible charges. (NYT article) (see Aug 18)