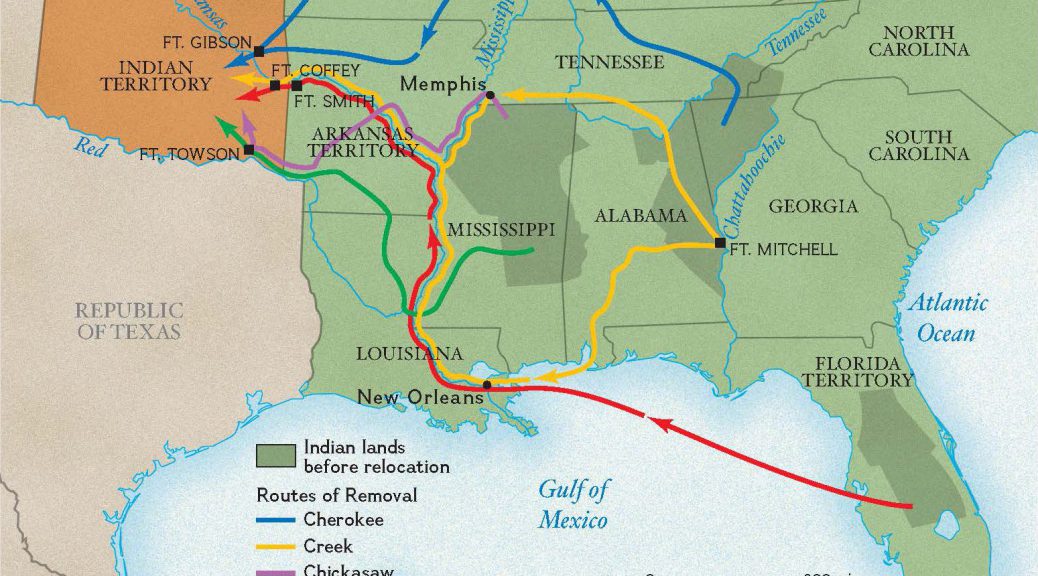 May 28, 1830: President Andrew Jackson signed the Indian Removal Act, which authorized the President to grant land west of the Mississippi River in exchange for the lands of the American Indian tribes living primarily in the southeastern United States. President Jackson’s message to Congress stated a double goal of the Indian Removal Act: freeing more land in southern states like Alabama and Mississippi, while also separating the Indians from “immediate contact with settlements of whites” in the hopes that they will one day “cast off their savage habits and become an interesting, civilized, and Christian community.” [PBS article] (see March 18, 1831)

May 28, 1917: in East St. Louis, Illinois, a meeting of 3000 white union members marched on the Mayor’s office to make demands about the job competition resulting from the city’s growing African American population. The disgruntled union members were upset that African Americans who had migrated from the South were being hired by companies who wanted to weaken the bargaining power of white unions. The large group quickly devolved into an angry mob, and rioted through the streets of East St. Louis, destroying property and physically assaulting African Americans at random.

Local law enforcement was unable to control the large crowd and the National Guard was deployed to regain order in the community. After the riots were calmed, little action was taken to prevent the violence from restarting and none of the union’s participants were arrested. New agreements were not established with white unions and local police were not better equipped to handle large mobs. [images via sttoday dot com]  (BH, see July 1; RR, see July 2)

May 28, 1963: Black and white civil rights activists were attacked as they took part in a sit-in at a Woolworth’s lunch counter in Jackson, Mississippi. One of them, John Salter, said, “I was attacked with fists, brass knuckles and the broken portions of glass sugar containers, and was burned with cigarettes. I’m covered with blood, and we were all covered by salt, sugar, mustard, and various other things.” The protest came eight days after the U.S. Supreme Court ruled that state enforcement of restaurant segregation is a violation of the 14th Amendment. M.J. O’Brien’s book, We Shall Not Be Moved: The Jackson Woolworth’s Sit-In and the Movement It Inspired, describes that event. [Zinn Education article] (see June 4)

May 28, 1993: in a decision met with anger and dismay among blacks in Miami, police officer William Lozano, who was convicted in 1989 on two counts of manslaughter in the shooting deaths of two young black men, was acquitted in a second trial on the same charges. [Washington Post article] (BH, see Aug 4; RR, see April 18, 1994) 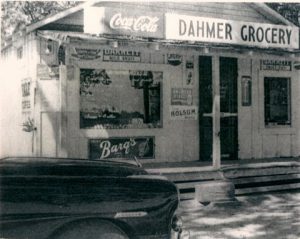 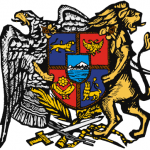 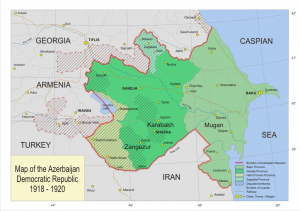 May 28, 1934 (Monday): the union agreed to submit their grievances to mediation, but Auto-Lite officials refused these terms. A company union calling itself the Auto-Lite Council injected itself into the negotiations, demanding that all replacement workers be permitted to keep their jobs. In contrast, the union demanded that all strikebreakers be fired. Meanwhile, Judge Stuart began processing hundreds of contempt of court cases associated with the strike. Arthur Garfield Hays, general counsel for the American Civil Liberties Union, traveled to Toledo and represented nearly all those who came before Judge Stuart. (see Toledo for expanded chronology)

May 28, 1962: Sergeant Louis J Hoekstra filed a statement against Jimi Hendrix for missing bed check and being obsessed with his guitar. (see Military for expanded chronology)

May 28, 1963:  Weil and Russin wrote a scathing critique of Timothy Leary and Richard Alpert’s work in the Harvard Crimson. Part of the article read: Far from exercising the caution that characterizes the published statements of most scientists, Leary and Alpert, in their papers and speeches, have been given to making the kind of pronouncement about their work that one associates with quacks. They also wrote: “The shoddiness of their work as scientists is the result less of incompetence than of a conscious rejection of scientific ways of looking at things. Leary and Alpert fancy themselves ‘prophets’ of a psychic revolution designed to free Western man from the limitations of consciousness as we know it.”  (see September Music…)

May 28, 1969: Mel Lawrence presented first “checklist” for the festival’s execution. Incredible String Band and Ravi Shankar signed. $4,500 each. Also at this time (late May) newspapers began to display the first print advertisements for the festival. (see Road for expanded story) 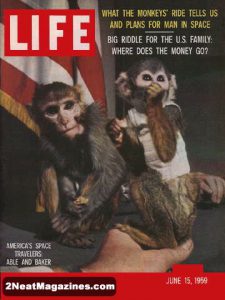 May 28, 1959: NASA launched Miss Baker and Able, two monkeys, from Cape Canaveral and successfully recovered them after their Atlantic Ocean landing.

America’s first attempt to send up a monkey was in 1948. For over a decade, all monkey flights failed for one reason or another. [NPR story] (see Sept 14) 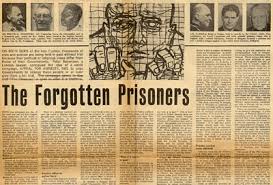 May 28, 1961, the British newspaper The London Observer published British lawyer Peter Benenson’s article “The Forgotten Prisoners” on its front page, launching the Appeal for Amnesty 1961–a campaign calling for the release of all people imprisoned in various parts of the world because of the peaceful expression of their beliefs. The article will spur the establishment of Amnesty International, a non-governmental organization focused on human rights. [Amnesty International site]

May 28, 1970: The National League of Families of American Prisoners and Missing in Southeast Asia was incorporated in the District of Columbia. Voting membership is comprised of wives, children, parents, siblings and other close blood and legal relatives of Americans who were or are listed as Prisoners of War (POW), Missing in Action (MIA), Killed in Action/Body not Recovered (KIA/BNR) and returned American Vietnam War POWs. (see June Peace…)

May 28 – 29, 1982: Battle of Goose Green. Seventeen British soldiers from 2 Para killed in two days of fierce fighting, which ended in Argentine surrender with dozens killed and more than 1,000 taken as prisoners of war. [War History article] (see June 8)

May 28, 1982: in an attempt to permit some form of prayer in its public schools, the state of Alabama enacted a law requiring a “moment of silence” in classrooms at the start of each school day. Ishmael Jaffree filed complaint on this day on behalf of his three children, challenging the constitutionality of the law. [FFRF article] (Religion, see June 29, 1983; Jaffree, see June 4, 1985) 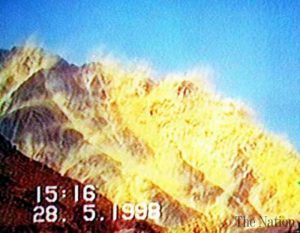 May 28, 1998: in response to a series of Indian nuclear tests, Pakistan exploded 5 nuclear devices of its own in the Chaghai hills of Baluchistan. [Guardian article] (see May 30)

May 28, 2010: the International Campaign to Abolish Nuclear Weapons [ICAN] campaigners at the NPT Review Conference in New York called on governments to support a nuclear weapons convention. While references to a convention were included in the final document, ICAN was already considering a shift in strategy toward a new treaty banning nuclear weapons in order to empower non-nuclear-weapon states to assume more effective leadership. (Nuclear, see May 30 ; ICAN, see June 27, 2011)

May 28, 1998: Ken Starr asked the Supreme Court to expedite their ruling on executive privilege. Monica Lewinsky gave handwriting and fingerprints samples to the FBI at Ken Starr’s request. (see Clinton for expanded story)

May 28, 2019: the Supreme Court said that a provision of an Indiana law which said the state may prohibit abortions motivated solely by race, sex or disability should remain blocked.

The court, however, did say it would allow part of the law that requires clinics to bury or cremate fetal remains to take effect.

Then-Indiana Gov. Mike Pence had signed the law in March 2016. Judge William Bauer of the 7th US Circuit Court of Appeals blocked it last year.

In his decision Bauer wrote that provisions in the law that bar women from seeking abortions in certain cases “clearly violate” what he described as “well-established Supreme Court precedent, and were therefore, unconstitutional.”

Justice Clarence Thomas agreed that the court was right not to take up the provision at this time, but said justices “soon need to confront” the issue. (see June 10)

May 28, 2019: the US Supreme Court left in place a lower court ruling in favor of a Pennsylvania school district policy that allowed some transgender students to use bathrooms that matched their gender identity.

The case was a challenge to a Pennsylvania’s school district’s policy that allowed some transgender students to use bathrooms that match their gender identity. The plaintiffs were students who said the policy violated their privacy rights and constitutes sexual harassment in violation of Title IX, a federal law that bars discrimination based on sex in educational institutions that receive federal funds.