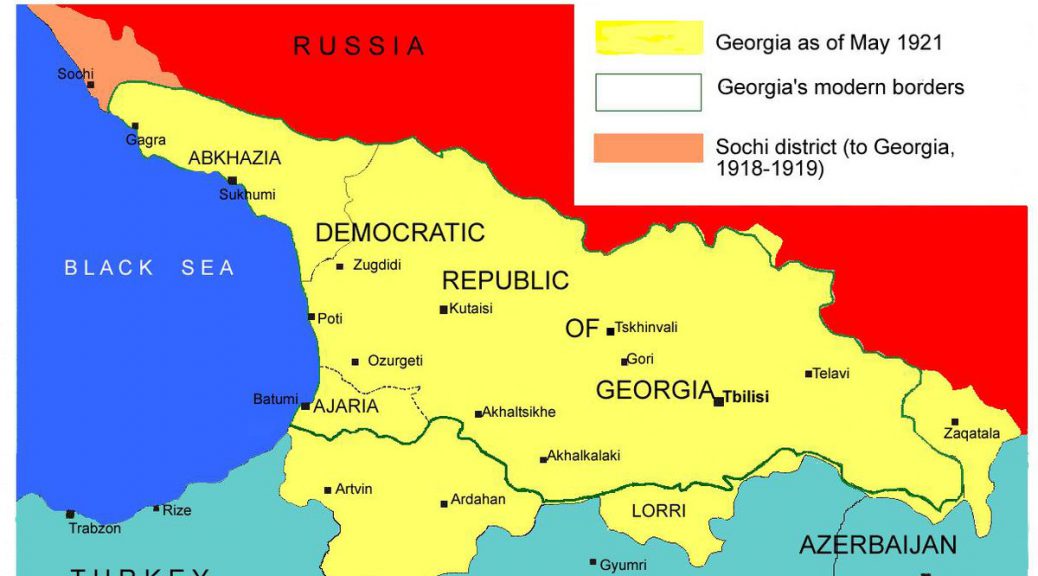 May 26, 1637: the Mystic [CT] massacre took place during the Pequot War, when English settlers under Captain John Mason and Narragansett and Mohegan allies set fire to a fortified Pequot village near the Mystic River. They shot any people who tried to escape the wooden palisade fortress and killed the entire village in retaliation for previous Pequot attacks.

The English colonists sold Pequot tribe members to plantations in the West Indies in exchange for African slaves, allowing the colonists to remove a resistant element from their midst. [2014 Indian Country Today article] (see February 25, 1642) May 26, 1857: slaves Dred and Harriet Scott appeared in the St. Louis Circuit Court and were formally freed; Judge Alexander Hamilton approved the papers. Dred Scott took a job as a porter at Barnum’s Hotel at Second and Walnut streets in St. Louis; he became a sort of celebrity there. The family lived off Carr Street in the city, where Harriet took in laundry, which Scott delivered when he was not working at the hotel. (see Scotts for expanded story)

May 26, 1956: Alabama authorities tried to shut down the NAACP, obtaining an order from Circuit Judge Walter B. Jones that prohibited the organization from operating in the state. After the NAACP refused to turn over membership lists, Jones found the organization in contempt and fined it $100,000. He had suggested to Alabama Attorney General John Patterson that the state prosecute the NAACP for failing to register as an out-of-state corporation. The U.S. Supreme Court later threw out the fine and ruled in the NAACP’s favor [2015 Clarion Ledger article] (see June 1, 1964)

May 26, 1956: a bus boycott began in Tallahassee, Fla., after Florida A&M students Wilhelmina Jakes and Carrie Patterson refused to give up their seats to white passengers. The next night, a cross was burned outside the home of Jakes and Patterson. On Jan. 3, 1957, a federal judge ruled bus segregation laws unconstitutional. Four days later, Tallahassee’s city commission repealed its segregation clause. [2015 Clarion Ledger article]  (see June 5)

May 26, 1965: Justice Vincent D. Damiani of Kings County Supreme Court granted a motion by Whitmore’s attorney, Stanley J Reiben,  requiring DA Aaron Koota to bring Whitmore to trial for the Minnie Edmonds murder before retrying him for the lesser crime against Borrero. Damiani wrote,  “To permit the defendant to be tried again on the lesser charge of attempted rape before his trial on the more serious indictment for murder will result in further publicity and substantially increase the difficulty in selecting an impartial jury in the murder case.” (see Whitmore for expanded story)

May 26, 2015: dozens of people marched through the streets of downtown Cleveland demanding changes to the city’s criminal justice system, With chants of “We want justice, we want it now,” and “We can’t wait,” the marchers said they were tired of waiting for authorities to make changes on their own. They delivered letters to prosecutors and the mayor listing their demands. (see 137 for expanded story) May 26, 1906: the New York Times published an article detailing that Emma Goldman and Alex Berkman were seen holding hands in a Chicago public park while Chicago police searched for them. (see Goldman for expanded story)

May 26, 1913: 112 actors founded the Actors’ Equity Assn. at a meeting in New York City’s Pabst Grand Circle Hotel. Producer George M. Cohan responded: “I will drive an elevator for a living before I will do business with any actors’ union.” Later a sign will appear in Times Square reading: “Elevator operator wanted. George M. Cohan need not apply” [AEA site] (see June 11)

May 26, 1934 (Saturday): the violence began to die down somewhat. Troopers began arresting hundreds of people, most of whom paid a small bond and won release later the same day. Large crowds continued to gather in front of the Auto-Lite plant and hurl missiles at the troops, but the National Guard was able to maintain order during daylight hours without resorting to large-scale gas bombing. During the day, strike leader Ted Selander was arrested by the National Guard and held incommunicado. Despite pleas, Taft refused to use his influence to have Selander freed or his whereabouts revealed. With two of the AWP’s three local leaders in jail, the AWP was unable to mobilize as many picketers as before. Although a crowd of 5,000 gathered in the early evening, the National Guard was able to disperse the mob after heavily gassing the six-block neighborhood. [Bay Dispatch article] (see Toledo for expanded chronology)

Battle of the Overpass May 26, 1937: Ford Motor Co. security guards attacked union organizers and supporters attempting to distribute literature outside the plant in Dearborn, Mich., in an event that was to become known as the “Battle of the Overpass.” The guards tried to destroy any photos showing the attack, but some survived—and inspired the Pulitzer committee to establish a prize for photography. [2013 Smithsonian article] (see May 30) May 26, 1924: Congress passed the eugenics-inspired Immigration Act of 1924, which completely prohibited immigration from Asia. Designed to limit all immigration to the US, the act was particularly restrictive for Eastern and Southern Europeans and Asians. Upon signing the act into law, President Calvin Coolidge remarked, “America must remain American.”

The law tightened the national origins quota system, meant to restrict the number of immigrants from a particular country to a percentage of the foreign-born citizens from that country already residing in the United States. The previous quota was based on population data from the 1910 census, but the 1924 Act based the quota on the 1890 census, which effectively lowered the quota numbers for non-white countries. The 1924 system also considered the national origins of the entire American population, including natural-born citizens, which increased the number of visas available to people from the British Isles and Western Europe. Finally, the 1924 Act excluded any person ineligible for citizenship, formalizing the bar on immigration from Asia based on existing laws that prohibited Asians from becoming naturalized citizens.

The act was supported by federally-funded eugenicists who argued that “social inadequates” were polluting the American gene pool and draining taxpayer resources. Its quotas remained in place until 1965. [US Office of the Historian article] (see January 19, 1930)

May 26, 2015: the US Supreme Court declined to review a Texas judge’s injunction that kept the President Obama’s sweeping immigration plan from taking effect. May 26, 1943: Graham requested 36 days’ pay he considered to be due him at the time of his release from the Navy. (see Graham for expanded story) May 26, 1952: the Supreme Court held that movies were a form of expression protected by the First Amendment. The Catholic Church had objected to the Italian film, The Miracle (Il Miracolo), when it opened at the Paris Theater in New York City in 1950. The Court’s decision overruled Mutual v. Ohio Industrial Commission, decided on February 23, 1915, which had held that movies are items of commerce and not forms of expression protected by the First Amendment. The Miracle was directed by the famed Italian director Roberto Rossellini and is actually one part of a two-part film, L’Amore (1948), which is the more widely used title. The story was written by Federico Fellini, who also has a bit part in the movie, and who went on to became a famous director himself (especially the film, 8 1/2).

In addition to providing First Amendment protection for movies, the Burstyn decision also struck a blow for freedom of expression about religion. The majority opinion specifically referred to the attempt to censor The Miracle because of its alleged “sacrilege,” but for all practical purposes that also covered “blasphemy.” [Cornell law article] (see March 7, 1953)

Stranger on a Strange Shore May 26, 1977:  using equipment he designed and built himself and tested in secret at night, George H. Willig, a 27-year-old toymaker and mountain climber from Queens, scaled the South Tower of the World Trade Center to the delight of thousand of pedestrians who watched his three-and-a-half-hour effort. He was arrested by the Port Authority police and given three summonses and later was served with a $250,000 suit by New York City. [images] (see May 27) May 26, 1987: the 1984 federal Bail Reform Act embodied the principle of preventive detention by allowing judges to deny bail to defendants they believed to be “dangerous” to the community. The law significantly reversed the historic 1966 Bail Reform Act (signed into law on June 22, 1966), which created a presumption of release for all defendants. In United States v. Salerno, decided on this day, the Supreme Court upheld the constitutionality of the 1984 law. In the 1980s, states followed the federal lead and passed similar preventive detention laws that allowed judges to deny bail to “dangerous” offenders. [Oyez article] (see August 6, 1988)

May 26, 2004: Terry Nichols convicted by an Oklahoma state court on murder charges stemming from the 1995 Oklahoma City bombing. (see June 11)

May 26, 2004: Vermont became the ninth state to legalize medical marijuana when Governor James Douglas allowed “Act Relating to Marijuana Use by Persons with Severe Illness”  (41 KB) to pass into law unsigned. “The law removes state-level criminal penalties on the use, possession and cultivation of marijuana by patients diagnosed with a ‘debilitating medical condition…’ The law establishes a mandatory, confidential state-run registry that issues identification cards to qualifying patients.” (see Nov 2)

May 26, 2009: The California Supreme Court ruled that, notwithstanding Prop 8, marriages between same-sex couples that occurred in the four months between June and November remain valid. (California, see August 4, 2010; LGBTQ, see May 31)

May 26, 2011: The NYCLU filed a federal lawsuit against the NYPD and NYC for stop-and-frisk of passengers in livery cars. (see May 31)

May 26, 2015: Nevada abolished life without parole sentences for children. The Nevada legislature unanimously passed AB 267 and Governor Brian Sandoval signed it. The legislation was supported by a bipartisan coalition that includes victims’ families, formerly incarcerated youth, and prosecutors. The new law retroactively bars the imposition of a life without parole sentence on any person who was under eighteen at the time of the crime. It provides for an opportunity for parole after serving fifteen or twenty years depending on the crime, and it required judges to consider the differences between juvenile and adult offenders when determining an appropriate sentence for a child. The Nevada law continued a nationwide trend. Vermont, Hawaii, West Virginia, Delaware, Wyoming, and Texas also recently eliminated death-in-prison sentences for children. May 26, 2015: the Connecticut Supreme Court, in Casiano v. Commissioner of Correction, said it would retroactively apply the protocols outlined in Riley and in the U.S. Supreme Court’s landmark 2012 Miller v. Alabama  The result is that defendants sentenced years—or decades—ago can now return to court and claim that factors relating to their youth were not given appropriate mitigating weight when they were originally sentenced. In other words, they can assert that their sentences were imposed in violation of the Constitution, and that they should be entitled to a new sentencing proceeding to remedy this violation. [Marshall Project article] (see May 27)