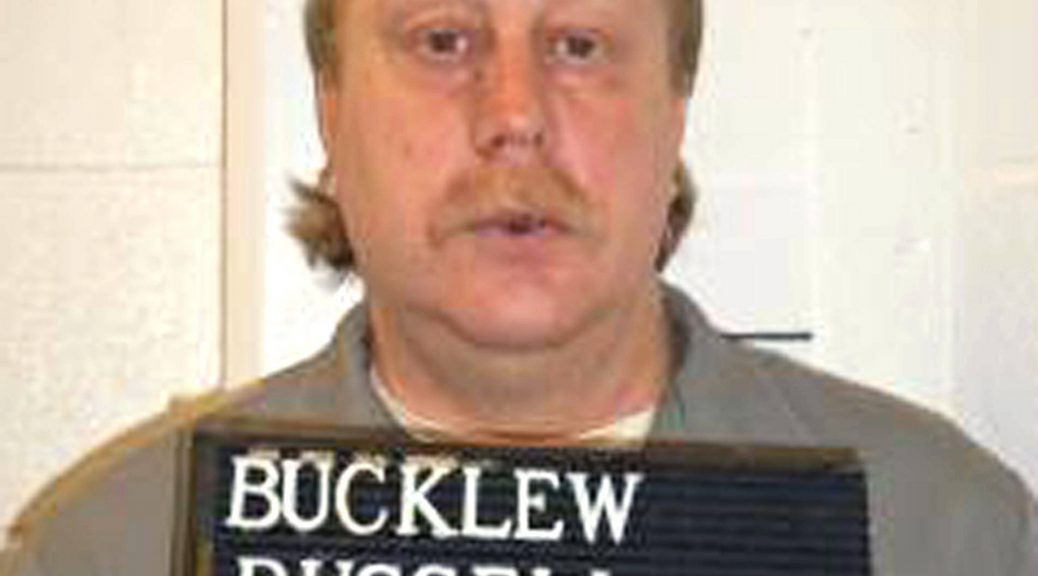 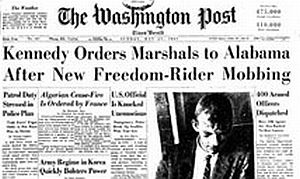 May 21, 1961:  more than 1000 black residents and civil rights leaders including Dr. Martin Luther King, Jr. and Rev. Fred Shuttlesworth attended a service at Montgomery’s First Baptist Church organized by Rev. Ralph Abernathy to support the Freedom Riders. A white mob surrounded the church and vandalized parked cars. From the church’s basement, Dr. King called United States Attorney General Robert F. Kennedy and requested help. United States Marshals soon arrived to dispel the riot; the growing mob pelted them with bricks and bottles. The marshals responded with tear gas. When police arrived to assist the marshals, the mob broke into smaller groups and overturned cars, attacked black residences with bullets and firebombs, and assaulted black people in the streets. Alabama Governor John Patterson declared martial law in Montgomery and ordered National Guard troops to restore order. Authorities arrested seventeen white rioters and, by midnight, the streets were calm. Only then were those in the church permitted to leave.  (BH & FR, see May 22; MLK, see Dec 15)

May 21, 2006: the University of Notre Dame awarded awarded an Honorary Doctorate to Harper Lee.  Graduates saluted her with a standing ovation and hoisting a copy of her classic novel at Lee’s hooding. [South Bend Tribune article] (see November 5, 2007)

May 21, 2020: the NY Times reported that authorities had arrested William Bryan, 50, the man who filmed the pursuit and shooting death of Ahmaud Arbery. Bryan was arrested  in connection with the killing, Georgia authorities said.

Lawyers for Mr. Arbery’s family said they were “relieved” by the arrest. “His involvement in the murder of Mr. Arbery was obvious to us, to many around the country and after their thorough investigation, it was clear to the G.B.I. as well,” the statement said. (next B & S and AA, see or see AA for expanded chronology)

The Mamas and the Papas

May 21 – May 27, 1966: The Mamas and the Papas If You Can Believe Your Eyes and Ears is the Billboard #1 album. One of the album’s songs is a cover of John Lennon’s “I Call Your Name.” (see Mamas and Papas for cover story)

May 21, 1967: Reprise Records signed Hendrix on the US Warner Brothers label. The label will eventually release his ‘Are You Experienced’’, ‘Axis: Bold as Love’ and ‘Electric Ladyland’ albums. (see Hendrix for expanded story) 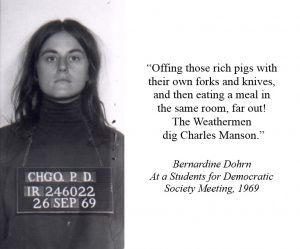 May 21, 1970: the Weathermen, (calling themselves the Weather Underground), released a declaration of war on the government of the United States.

May 21, 1976: Democratic Party presidential candidate Jimmy Carter, on this day, said that homosexuals should not be singled out for discrimination. He became the first major party candidate for president to oppose discrimination against homosexuals. [2015 Queerty article] (LGBTQ, see Sept 16; Carter, see March 26, 1977) 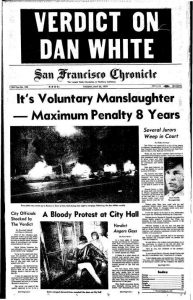 May 21, 1979: former San Francisco City Supervisor Dan White was convicted of voluntary manslaughter in the shooting deaths of Mayor George Moscone and Supervisor Harvey Milk.. Outraged by what they believed to be a lenient sentence, more than 5,000 protesters ransacked San Francisco’s City Hall, doing hundreds of thousands of dollars worth of property damage in the surrounding area.

S. District Judge Callie V. S. Granade ordered that all Alabama probate judges must comply with the U.S. Constitution and may not refuse marriage licenses to same-sex couples after four leading civil rights organizations requested the court expand a lawsuit to cover all same-sex couples and probate judges statewide. The district court’s order will take effect when the United States Supreme Court issues its decision in several pending cases seeking the freedom to marry in four states. The Supreme Court marriage cases were argued in April, and a ruling is expected by the end of June.

Robert M. Gates, the president of the Boy Scouts of America, urged the group during its annual meeting in Atlanta to end its ban on gay leaders, saying the prohibition “cannot be sustained.” “I truly fear that any other alternative will be the end of us as a national movement,” said Gates, former CIA director and secretary of Defense. He recommended that local Scouting groups be allowed to decide for themselves whether to allow gay leaders.  [Washington Post article] (LGBTQ, see May 22; BSA, see July 27) 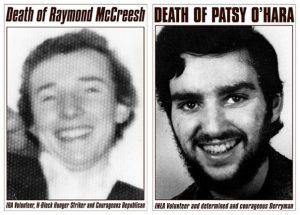 May 21, 1999: Congress passed legislation for additional funding to pay remaining eligible claimants who had filed timely claims under the Civil Liberties Act of 1988 and the Mochizuki settlement agreement. [PBS article] (see JIC for expanded chronology)

May 21, 2009:  a jury in Kentucky sentenced 24-year-old former 101st Airborne Division Pfc. Steven Dale Green to life in prison without parole on Thursday for raping a 14-year-old Iraqi girl and murdering her, her parents and a younger sister in Iraq.

May 21, 2014: U.S. Supreme Court Justice Samuel Alito granted a stay of execution for Russell Bucklew, a Missouri death row inmate, whose rare birth defect, his lawyers argued, would have made his death an “excruciating” process. The stay was in place pending further action by the 8th Circuit Court, which will hold a hearing on the matter.

Russell Bucklew had been scheduled to die at 12:01 a.m. CT Wednesday at Eastern Reception, Diagnostic and Correctional Center in Bonne Terre, Missouri. It would have been the first execution since Oklahoma botched a procedure April 29.

Bucklew, who had turned 46 the previous week, was already in pain, as his condition included unstable tumors in his head and neck, causing him to bleed regularly from his mouth, nose, eyes and ears, said defense attorney Cheryl Pilate. [2018 CNN update] (see May 27)

May 21, 2015: the Second Circuit Court of Appeals ruled in a 2-1 decision that employers may choose a reasonably effective measure even if it is not the one preferred by the employee. Title I of the Americans with Disabilities Act requires employers to provide reasonable accommodations for employees with disabilities in order for them to perform the essential functions of their jobs. Employers and employees often disagree over whether a particular measure effectively accommodates the needs of the disabled worker.

The plaintiff was a deaf software engineer who encountered problems understanding videos posted on the company’s intranet. He requested that all such files be transcribed and accompanied by close captions before being posted. As an alternative measure, IBM agreed to provide ASL interpreters to the plaintiff to allow real-time translation of the videos, and to transcribe selected video and audio materials after receiving his request.

The plaintiff sued, claiming that IBM failed to provide a reasonable accommodation. He contended that the ASL interpretation service was not an effective accommodation because it required him to divide his attention between the video and the interpreter. IBM noted that although more difficult, the accommodation offered still provided the plaintiff with an effective way to accomplish his essential job functions.

May 21, 2018: the U.S. Supreme Court, by a 5-4 vote, delivered a major blow to workers, ruling for the first time that workers may not band together to challenge violations of federal labor laws.

Writing for the majority, Justice Neil Gorsuch said that the 1925 Federal Arbitration Act trumps the National Labor Relations Act and that employees who sign employment agreements to arbitrate claims must do so on an individual basis — and may not band together to enforce claims of wage and hour violations.

Each required its individual employees, as a condition of employment, to waive their rights to join a class-action suit. In all three cases, employees tried to sue together, maintaining that the amounts they could obtain in individual lawsuits were dwarfed by the legal fees they would have to pay as individuals to bring their cases under the private arbitration procedures required by the company. (see June 27)

May 21, 2018: the Upper Skagit Indian Tribe purchased land and commissioned a boundary survey, which convinced the Tribe that about an acre of its land lay on the other side of a boundary fence between its land and land owned by the Lundgrens. The Lundgrens filed a quiet title action in Washington state court, arguing adverse possession and mutual acquiescence.

May 21, 2020:  President Donald Trump confirmed the US would be exiting the Open Skies Treaty, a pact designed to reduce the risk of military miscalculations that could lead to war, and said Russia’s actions had prompted him to take the decision.

“Russia didn’t adhere to the treaty, so until they adhere, we will pull out,” Trump told reporters. [CNN article] (next N/C N, see May 24)

Mamas and the Papas 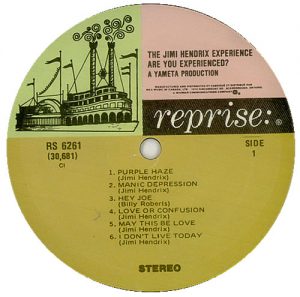 May 21, 1967: Reprise Records signed Hendrix on the US Warner Brothers label. The label will eventually release his ‘Are You Experienced’’, ‘Axis: Bold as Love’ and ‘Electric Ladyland’ albums. (see June 4)