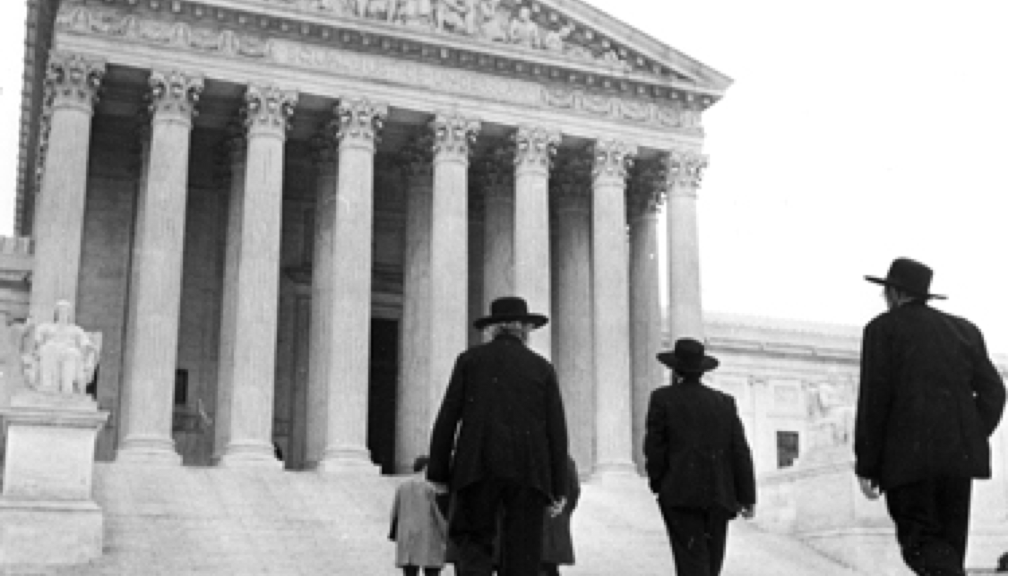 May 15, 1906: in Samuel Gompers, John Mitchell, and Frank Morrison v. Buck’s Stove and Range Company, the U.S. Supreme Court ruled in favor of Samuel Gompers and other union leaders for supporting a boycott of the Buck Stove and Range Co. in St. Louis, where workers were striking for a 9-hour day. A lower court had forbidden the boycott and sentenced the unionists to prison for refusing to obey the judge’s anti-boycott injunction. (Cornell dot edu article) (see Dec 10)

May 15, 1922: the US Supreme Court ruled the 1919 Child Labor Tax Law unconstitutional as an improper attempt by Congress to penalize employers using child labor. The Court indicated that the tax imposed by the statute was actually a penalty in disguise. (Oyez article) (LH, see June 22; Child Labor, see February 3, 1941)

May 15, 1911: Baltimore Mayor J. Barry Mahool, who was known as an earnest advocate of good government, women’s sufferage, and social justice, signed into law “an ordinance for preserving peace, preventing conflict and ill feeling between the white and colored races in Baltimore city, and promoting the general welfare of the city by providing, so far as practicable, for the use of separate blocks by white and colored people for residences, churches and schools.”‘ Baltimore’s segregation law was the first such law to be aimed at blacks in the United States, but it was not the last. Various southern cities in Georgia, South Carolina, Virginia, North Carolina, and Kentucky enacted similar laws. (see November 5, 1917)

see Jesse Washington for much more 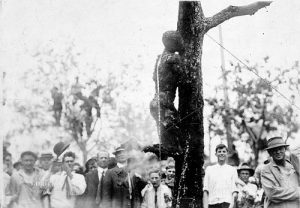 [From Equal Justice Initiative] May 15, 1916: after an all-white jury convicted Jesse Washington of the murder of a white woman, he was taken from the courtroom and burned alive in front of a mob of 15,000.

When he was accused of killing his employer’s wife, seventeen-year-old Jesse Washington’ greatest fear was being brutally lynched – a common fate for black people accused of wrongdoing at that time, whether guilty or not. After he was promised protection against mob violence, Jesse, who suffered from intellectual disabilities, according to some reports, signed a statement confessing to the murder. On the morning of May 15, 1916, Washington was taken to court, convicted of murder, and sentenced to death in a matter of moments. Shortly before noon, spectators snatched him from the courtroom and dragged him outside, the “promise of protection” quickly forgotten.

The crowd that gathered to watch and/or participate in the brutal lynching grew to 15,000. Jesse Washington was chained to a car while members of the mob ripped off his clothes, cut off his ear, and castrated him. The angry mob dragged his body from the courthouse to City Hall and a fire was prepared while several assailants repeatedly stabbed him. When they tied Jesse Washington to the tree underneath the mayor’s window, the lynchers cut off his fingers to prevent him from trying to escape, then repeatedly lowered his lifeless body into the fire. At one point, a participant took a portion of Washington’s torso and dragged it through the streets of Waco. During the lynching, a professional photographer took photos which were later made into postcards.

Following news reports of the lynching, the NAACP hired a special investigator, Elizabeth Freeman. She was able to learn the names of the five mob leaders and also gathered evidence that local law enforcement had done nothing to prevent the lynching. Nevertheless, no one was ever prosecuted for their participation in the lynching of Jesse Washington. (next BH, see in May – June 1916; next Lynching, see Aug 19; for for expanded chronology, see American Lynching 2)

May 15, 1967: Whitmore’s third trial opened before Justice Julius Helf and in Kings County Supreme Court and jury selection completed. In view of the Miranda ruling, the confession is inadmissible. The case now rests entirely on Elsa Borrero’s identification. (see Whitmore for expanded story)

May 15, 1966: on Premier Ky’s orders, without notifying President Thieu or the U.S., a pro-government military force arrived in Da Nang to take control of the city from the Buddhist Struggle movement protesting against the government and American influence. 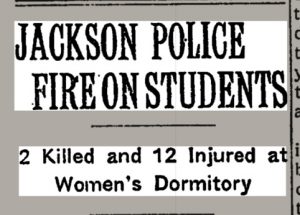 May 15, 1967: in the case of In re Gault, the Supreme Court ruled unconstitutional many of the procedures used in juvenile courts. These omissions included the right be be notified of the charges, the right to confront and cross-examine witnesses, protection against self-incrimination, the right to counsel, and the right to appeal decisions. These, of course, were protections long guaranteed to adults in criminal courts. Underlying the procedures that the Court declared unconstitutional was the philosophy of parens patriae, the belief that juvenile courts should act as a parent and consequently be free of formal legal constraints. (Oyez article) (see February 6, 1974)

May 15, 1989: in Graham v. Connor, the US Supreme Court ruled in a 9-0 decision to uphold the decisions of the lower courts against Graham primarily on technical legal grounds. The justices unanimously agreed that Graham’s legal team should have challenged the police actions as a violation of Graham’s Fourth Amendment expectation of “objective reasonableness,” instead of as a violation of due process. But a six-member majority of the Court went even further.

The majority decision was written by Chief Justice William Rehnquist. Rehnquist argued that the issue was “whether the officers’ actions are ‘objectively reasonable’ in light of the facts and circumstances confronting them, without regard to their underlying intent or motivation. The ‘reasonableness’ of a particular use of force must be judged from the perspective of a reasonable officer on the scene, and its calculus must embody an allowance for the fact that police officers are often forced to make split-second decisions about the amount of force necessary in a particular situation.”

Rehnquist rejected the idea that courts should evaluate actions based on “the 20/20 vision of hindsight.” According to Rehnquist, “The Fourth Amendment inquiry is one of objective reasonableness’ under the circumstances, and subjective concepts like ‘malice’ and ‘sadism’ have no proper place in that inquiry.” In other words, Rehnquist believed that if a police officer “reasonably” felt threatened by someone, no matter what the actual details of the incident, he or she had the right to employ whatever force they felt was necessary, even lethal force, to protect themselves and others. (Oyez article) (C & P, see June 28, 2004; Black & Shot, see November 25, 2006)

The move by Vance came the same day that NYC Mayor Bill de Blasio promised that the city’s police department would overhaul its marijuana enforcement policies in the next 30 days. Brooklyn’s district attorney also said he would scale back prosecutions.

“We must and we will end unnecessary arrests and end disparity in enforcement,” de Blasio said at a conference of the Center for American Progress in Washington, D.C. (Marijuana, see May 30; C & P, see May 30) 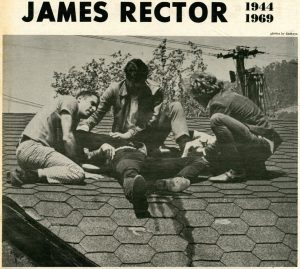 May 15, 1969:  Gov Reagan sent 300 California Highway Patrol and Berkeley police officers into People’s Park and had a chain link fence erected. That afternoon a protest was held and Alameda County Sheriff’s deputies used shotguns to fire “00” buckshot at people sitting on the roof at the nearby Telegraph Repertory Cinema, fatally wounding student James Rector. Rector was a bystander, not a protester. (Daily California article) (see June 9)

May 15, 2014: the Justice Department and the U.S. Attorney’s Office for the Middle District of Alabama announced that Chief U.S. District Judge W. Keith Watkins had sentenced Steven Joshua Dinkle, 28, former exalted cyclops of the Ozark, Alabama chapter of the International Keystone Knights of the Ku Klux Klan (KKK), to serve 24 months in prison to be followed by three years of supervised release for his role in a cross burning on May 8, 2009. (DoJ article) (see June 12) 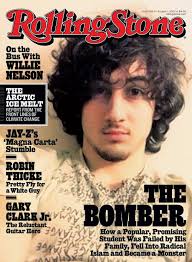 May 15, 2015: two years after the bombing, a federal jury condemned Dzhokhar Tsarnaev to death for his role in the 2013 Boston Marathon attack. The decision rejected the defense case and found that death was the appropriate punishment for six of 17 capital counts — all six related to Mr. Tsarnaev’s planting of a pressure-cooker bomb on Boylston Street, which his lawyers never disputed. Mr. Tsarnaev, 21, stood stone-faced in court, his hands folded in front of him, as the verdict was read, his lawyers standing grimly at his side.  (WBUR article) (see June 17)

May 15, 1972, in Wisconsin v. Yoder, the Supreme Court found that Amish children could not be placed under compulsory education past 8th grade. The parents’ fundamental right to freedom of religion outweighed the state’s interest in educating its children. (Oyez article) (see January 5, 1982)

May 15, 1988: after more than 8 years of fighting, the Red Army began withdrawing from Afghanistan. (2014 Atlantic article)

May 15, 1992: Susan Williams, a 52-year-old woman with multiple sclerosis, died from carbon monoxide poisoning in her home in Clawson, Michigan. (see Kevorkian for expanded story) 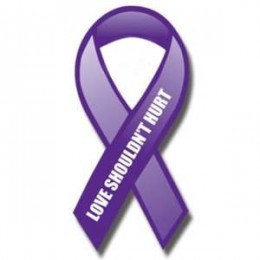 May 15, 2000: the Supreme Court held that parts of the Violence Against Women Act of 1994 were unconstitutional because they exceeded congressional power under the Commerce Clause and under section 5 of the Fourteenth Amendment to the Constitution. (NYT article) (see Sept 28)

In Re: Marriage Cases

May 15, 2012: the city settled the federal lawsuit that challenged the NYPD’s stop-and-frisk of livery cab passengers. (see May 16)

May 15, 2019: Alabama Gov. Kay Ivey Senate signed a measure that would outlaw almost all abortions in the state, setting up a direct challenge to Roe v. Wade, the case that recognized a woman’s constitutional right to end a pregnancy.

The legislation banned abortions at every stage of pregnancy and criminalized the procedure for doctors, who could be charged with felonies and face up to 99 years in prison. It included an exception for cases when the mother’s life is at serious risk, but not for cases of rape or incest.  [NYT article]  (next WH, see May 28; Alabama, see Oct 29)

May 17, 2019: the Trump administration identified at least 1,712 migrant children it may have separated from their parents in addition to those separated under the “zero tolerance” policy.

U.S. District Court Judge Dana Sabraw had ordered the Trump administration to identify children separated before the zero tolerance policy went into effect in May 2018, resulting in the separation of over 2,800 children. Sabraw had previously ordered those migrant families to be reunited, but the additional children were identified afterward when the Inspector General for Health and Human Services estimated “thousands more” may have been separated before the policy was officially underway, NBC News reported.