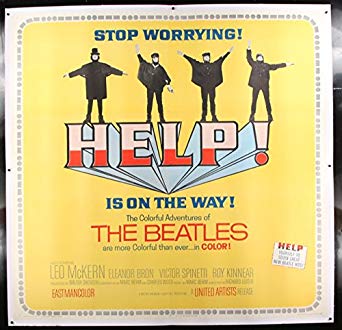 August 11, 1943: conscientious objectors at the Danbury Federal Prison in Connecticut, incarcerated for refusing to cooperate with the draft during World War II, staged a hunger strike to protest racial segregation of the dining hall. The strike, which began on this day, lasted 135 days, ending on December 23, 1943, when the warden announced that the dining hall would soon be integrated.

The protesters included Jim Peck, who served three years in Danbury and who had the distinction of participating in both the 1947 freedom ride challenging race discrimination in interstate bus travel in the South (the Journey of Reconciliation), and the famous 1961 Freedom Ride that began on May 4, 1961. Peck was brutally assaulted on May 14, 1961 in that Freedom Ride, and on December 9, 1983 was awarded $25,000 in damages from the FBI for its failure to protect him in that incident. (BH, see February 3, 1944; Peck, see May 14, 1961) August 11, 1963: after a brief, dispiriting stay at Alabama, James Hood left the University of Alabama. He had lived in a dorm room on a floor where the only other occupants were federal marshals. A dead black cat was mailed to him and university officials sought his expulsion for a speech attacking them and Wallace. He was also distraught because his father had cancer. He left “to avoid a complete mental and physical breakdown.”

He obtained a bachelor’s degree from Wayne State University in Detroit and a master’s degree from Michigan State, concentrating in criminal justice and sociology. He was a deputy police chief in Detroit and the chairman of the police science program at the Madison Area Technical College in Wisconsin. (BH, see Aug 18; U of A, see Nov 19)

August 11, 1964:  five months after the murder of Johnnie May Chappell (see March 24, 1964) Jacksonville, Florida detectives Lee Cody and Donald Coleman were approached on two separate occasions by a young man named Wayne Chessman, who said he wanted to help the detectives. [According to Lee Cody and Donald Coleman nobody within the local police force had ever been assigned to investigate the crime.]

The detectives were initially unsure what Chessman was talking about, but after seeing Chessman leave their second encounter in a car that matched the one that carried Chappell’s murderer, the detectives decided to question Chessman at the police station. During the subsequent interview, Chessman provided a detailed account of Chappell’s murder and implicated 3 other men: Elmer Kato, the driver of the car, James Alex Davis, who sat in the back seat with Chessman that night, and 22-year-old J.W. Rich, the shooter.

On August 11, under questioning,  Kato and Rich confessed to the crime, although Rich claimed that it was an accident. (BH, see Aug 25, Chappell, see Sept 25)

August 11 – 15, 1965: Watts Riots in Los Angeles: 34 deaths, more than 1000 injuries, more than 4000 arrests, and estimated $40 million in damages. Local officials blamed outside agitators. A State commission found that it was due to longstanding local grievances that local officials ignored. [PBS story] (see Aug 13) An LAPD statement said, “During the stop a struggle ensued, which resulted in an officer-involved-shooting.” But witnesses told The Huffington Post that police shouted, “Shoot him,” moments before three bullets hit Ford, who was on the ground. The case remains under investigation. (B & S, see Sept 10;  Ford, see June 9, 2015)

The selection made Harris the third woman and first Black and first Asian American candidate to be nominated for vice president by a major political party.

“These aren’t normal times,” Biden said in an email to supporters Tuesday afternoon, referencing the coronavirus pandemic and calls for racial justice. “I need someone working alongside me who is smart, tough, and ready to lead. Kamala is that person.”

Harris tweeted that she’s “honored” to join the ticket, saying Biden can “unify the American people because he’s spent his life fighting for us. And as president, he’ll build an America that lives up to our ideals.” [NPR story] (next BH, see Aug 19; next Feminism, see  Aug 18)

August 11, 1954: a formal peace took hold in Indochina, ending more than seven years of fighting between the French and the Communist Vietminh. [NYT article] (see Oct 24)

August 11, 1972: the last U.S. ground combat unit in South Vietnam, the Third Battalion, Twenty-First Infantry, departed for the United States. The unit had been guarding the U.S. air base at Da Nang. This left only 43,500 advisors, airmen, and support troops left in-country. This number did not include the sailors of the Seventh Fleet on station in the South China Sea or the air force personnel in Thailand and Guam. NYT article (see Aug 22) August 11. 1961: the Justice Department ordered an end to seizures by U.S. Customs of the famous Henry Miller novel Tropic of Cancer and two of his other novels, Tropic of Capricorn and Plexus. What most officials found offensive about Tropic of Cancer was Miller’s quite liberal use of the word “fuck” throughout the novel. Grove Press, owned by Barney Rosset had begun importing the book in June.

Although the Justice Department ended its ban, the novel still faced more than 60 efforts to ban it or prosecute its publisher in local communities. Tropic of Cancer was finally declared not obscene by the Supreme Court on June 22, 1964. [Independent article] (see Oct 4)

New Hampshire’s so-called “ballot selfie” law was enacted ahead of the 2014 election. It was intended to revise laws passed about a century ago when vote-buying was relatively widespread and voters shared their marked ballot to redeem promises of cash or other inducements.

Barbadoro sided with the American Civil Liberties Union in ruling that the ban on posting images of marked ballots on social media websites served largely to restrict voters’ political expression rather than combat vote-rigging.

“As the complaints of the voters who are now under investigation reveal, the people who are most likely to be ensnared by the new law are those who wish to use images of their completed ballots to make a political point,” Barbadoro wrote in the ruling. [Reuters article] (FS, see March 24, 2016; VR, see April 4, 2016)

August 11, 1968: Housing and Urban Development Act of 1968, enacted. It established the Government National Mortgage Association (GNMA), or Ginnie Mae to expand availability of mortgage funds for moderate income families using government-guaranteed mortgage-backed securities. In doing so the new entity was split from the former Federal National Mortgage Association [“Fannie Mae”], which retained other functionality under that same name.  The new entity was under the purview of the United States Department of Housing and Urban Development and its Federal Housing Administration. (see January 22, 1969)

August 11, 1978: The American Indian Religious Freedom Act enacted to protect and preserve the traditional religious rights and cultural practices of American Indians, Eskimos, Aleuts, and Native Hawaiians. These rights included, but were not limited to, access of sacred sites, freedom to worship through ceremonial and traditional rights and use and possession of objects considered sacred.

The Act required policies of all governmental agencies to eliminate interference with the free exercise of Native religion, based on the First Amendment, and to accommodate access to and use of religious sites to the extent that the use is practicable and is not inconsistent with an agency’s essential functions. It also acknowledges the prior violation of that right. (see November 8, 1978)

August 11, 1984: President Ronald Reagan signed the Equal Access Act into law. It required public schools receiving federal financial aid (which in effect means all public schools) to grant access to school facilities during non-school hours on an equal basis and without regard to the views of an organization. At issue in the law was the question of whether religious groups could have access to school facilities for meetings and events, or whether that would violate the First Amendment’s Establishment Clause and the separation of church and state. The law divided civil libertarians between the advocates of free speech and the advocates of separation of church and state. (Religion & Separation, see June 4, 1985)

August 11, 1984: a joke about “outlawing” the Soviet Union by President Ronald Reagan turned into an international embarrassment. The president’s flippant remarks caused consternation among America’s allies and provided grist for the Soviet propaganda mill. As he prepared for his weekly radio address, President Reagan was asked to make a voice check. Reagan obliged, declaring, “My fellow Americans, I’m pleased to tell you today that I’ve signed legislation that will outlaw Russia forever. We begin bombing in five minutes.” Since the voice check was not actually broadcast, it was not until after he delivered his radio address that news of his “joke” began to leak out.

In Paris, a leading newspaper expressed its dismay, and stated that only trained psychologists could know whether Reagan’s remarks were “a statement of repressed desire or the exorcism of a dreaded phantom.” A Dutch news service remarked, “Hopefully, the man tests his missiles more carefully.” Other foreign newspapers and news services called Reagan “an irresponsible old man,” and declared that his comments were “totally unbecoming” for a man in his position (see November 19, 1985)

August 11, 2015: NJ Administrative Law Judge John Kennedy ruled that a Genny Barbour could not use medical marijuana in school to help control her seizure disorder. In the ruling, Kennedy said the Maple Shade school district and the Larc School in Bellmawr were mandated to comply with a state law designed to ban drug use in school zones. The suit filed by Roger and Lora Barbour sought to require a nurse at their 16-year-old daughter’s school to administer cannabis oil. The girl had long suffered from seizures caused by a severe form of epilepsy, and her parents turned to medical marijuana as a treatment. Roger Barbour told NJ.com that he would appeal the ruling. (see Sept 15)