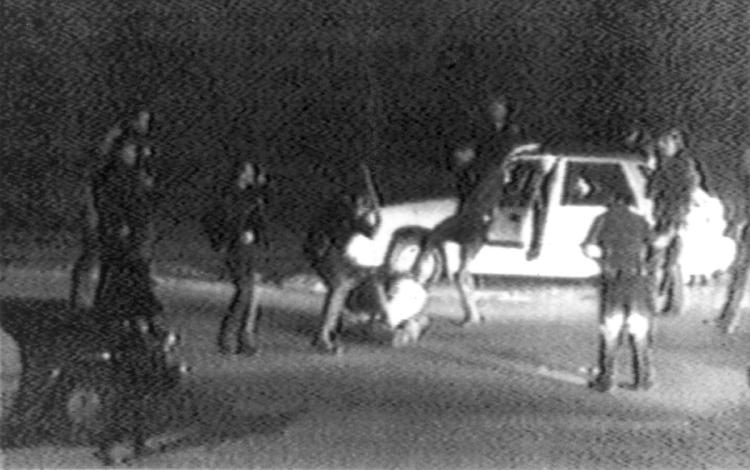 March 4, 1913: the US Department of Labor established as a cabinet-level agency. Though established under President Taft, he signed the law after his defeat in the 1912 election. The Department will mostly emphasize the pro-labor stance of the incoming president, Woodrow Wilson, who appointed William B Wilson, the  international secretary-treasurer of the United Mine Workers of America from 1900 to 1908, as the first Secretary of Labor. (US DoL article) (see Mar 6) March 4, 1917:  Jeannette Rankin of Montana, first woman elected to Congress, formally joined the House of Representatives. Following her term in office, Rankin became the founding vice president of the American Civil Liberties Union and was re-elected to Congress in 1940 on an anti-war platform.  (US HoR bio) March 4, 1933: Frances Perkins became President  Franklin Roosevelt’s Secretary of Labor, the first woman in U.S. history to hold a cabinet post. She favored a comprehensive, pro-labor agenda including minimum wage laws, unemployment insurance, old-age pensions, and abolition of child labor. Her influence on labor policy in the New Deal would be huge. She served from 1933 to 1945. (Perkins, see April 10, 1980; LH, see Mar 31; F, see May 24, 1934)

March 4, 1954: speaking before the 10th Inter-American Conference, Secretary of State John Foster Dulles warns that “international communism” is making inroads in the Western Hemisphere and asks the nations of Latin America to condemn this danger. Dulles’s speech was part of a series of actions designed to put pressure on the leftist government of Guatemala, a nation in which U.S. policymakers feared communism had established a beachhead. (see Mar 9) March 4, 1964: Cassius Clay told African and Asian delegates to the United Nations that he “couldn’t wait” to visit to their countries. “I’m champion of the whole world,” he said during a two-­hour tour of the U.N., “and I want to meet the people I am champion of.”

Among those accompanying the champion were his brother, Rudolph; Archie Robinson, his personal secretary, and Malcolm X.

Asked to comment on a report that he had flunked his predraft Army psychological tests, Clay replied with a chuckle, “Do they think I’m crazy?” He said he had not heard from the Army and did not know what his draft situation was. [NYT article] (see Mar 6)

March 4, 1965: the U.S. Embassy submitted a formal request asking the South Vietnamese government to “invite” the United States to send the Marines. Premier Quat, a mere figurehead, had to obtain approval from the real power, Gen. Nguyen Van Thieu, chief of the Armed Forces Council. Thieu approved, but asked that the Marines be “brought ashore in the most inconspicuous way feasible.” (see Mar 6)

The Beatles more popular than… March 4, 1966: a John Lennon interview by reporter and Beatle friend Maureen Cleave appeared in the London Evening Standard newspaper. In the 1169-word article Lennon discussed many things. After a paragraph about George Harrison’s interest in Indian music and before a paragraph about shopping, there was this:

Experience has sown few seeds of doubt in him: not that his mind is closed, but it’s closed round whatever he believes at the time. ‘Christianity will go,’ he said. ‘It will vanish and shrink. I needn’t argue about that; I’m right and I will be proved right. We’re more popular than Jesus now; I don’t know which will go first – rock ‘n’ roll or Christianity. Jesus was all right but his disciples were thick and ordinary. It’s them twisting it that ruins it for me.’ He is reading extensively about religion.

No one took notice of it in Britain. (Beatles, see Apr 1; interview, see July 29)

March 4, 1996: Paul McCartney, George Harrison, and Ringo Starr, said no to an offer to do a tour as a reunion of The Beatles. The offer came from a group of American and German businessmen who wanted them to do a 22 city tour of the US, Japan and Europe. The offer was for $225 million dollars.

Paul McCartney said, “The size of the offer is scandalous, it’s ridiculous. From the money point of view, most people would do it. But to me, the three of us isn’t as exciting as the four of us. The Beatles were always the four of us. Of course people will say that we could get someone else to fill John’s place, but it just wouldn’t be the same.” (see Oct 22)

March 4, 1974: California governor Ronald Reagan, having earlier predicted that no one would take the food from P.I.N., accused the thousands of poor people who line up for free groceries of “aiding and abetting lawlessness.” (see SLA for expanded story)

March 4, 1975: the Maynards sued in the United States District Court for the District of New Hampshire, seeking injunctive and declaratory relief against enforcement of N. H. Rev. Stat. Ann. 262:27-c, 263:1, insofar as these required displaying the state motto on their vehicle license plates, and made it a criminal offense to obscure the motto. (FS, see June 21; see Free Speech v License Plates for expanded story)

March 4, 2003: the US Senate voted 94-0 that it “strongly” disapproved of the 9th Circuit Court of Appeals decision not to reconsider its ruling that the addition of the phase “under God” to the The Pledge of Allegiance was unconstitutional. (text of resolution)  (see PoA for expanded chronology)

March 4, 1983: in Morbidity and Mortality Weekly Report the CDC noted that most cases of AIDS had been reported among homosexual men with multiple sexual partners, injection drug users, Haitians, and hemophiliacs. (see July 14)

March 4, 2019:  for just the second time since the global epidemic had begun, a patient appeared to have been cured of infection with H.I.V., the virus that causes AIDS.

The news came nearly 12 years to the day after the first patient known to be cured, a feat that researchers had long tried, and failed, to duplicate. The surprise success confirmed that a cure for H.I.V. infection was possible, if difficult, researchers said.

Publicly, the scientists described the case as a long-term remission. In interviews, most experts called it a cure, with the caveat that it is hard to know how to define the word when there are only two known instances.

March 4, 1987: President Ronald Reagan addressed the nation on the Iran-Contra affair, acknowledging his overtures to Iran had “deteriorated” into an arms-for-hostages deal. (see June 8)

The court issued a one-sentence order dismissing a challenge by a probate judge and a conservative policy group that wanted the state to bar gay marriage despite the landmark federal decision.

Chief Justice Roy Moore, a Christian conservative who had repeatedly spoken out against same-sex unions, wrote that previous state orders barring gay marriage in Alabama remained. Most probate judges already were ignoring that directive, however, and hundreds of same-sex couples already had wed in Alabama. (LGBTQ, see Mar 7; Roy Moore, see May 6) March 4, 2014: Zachary Klundt broke into All Families Healthcare in Kalispell, Montana and destroyed what he could get his hands on. He broke furniture, scattered office supplies and tore up diplomas, and art. He stabbed office workers’ personal items, including a photo of a child. (2017 Flathead Beacon article on restitution) (see Mar 11)

March 4, 2016: the US Supreme Court temporarily blocked a Louisiana law that its opponents said would leave the state with only one abortion clinic. The court gave no reasons, though it did say that its order was “consistent with” one last June that blocked part of a Texas abortion law.

The move came two days after the Supreme Court heard arguments in the Texas case, and abortion rights groups said they hoped that the development Friday was a sign that they had secured five votes to strike down the Texas law. (see Mar 30)

March 4, 2014: the results of the first study of the therapeutic use of lysergic acid diethylamide (LSD) in humans in over 40 years were published online in the peer-reviewed Journal of Nervous and Mental Disease.

Principal Investigator Peter Gasser, M.D., a private practice psychiatrist in Solothurn, Switzerland reproted that “The study was a success in the sense that we did not have any noteworthy adverse effects…. All participants reported a personal benefit from the treatment, and the effects were stable over time.” (MAPS site) (see November 29, 2016)

March 4, 2015: the Senate failed to override President Obama’s veto of a bill that would have approved construction of the controversial Keystone XL oil pipeline. A bipartisan majority of senators was unable to reach the two-thirds majority required to undo a presidential veto. The vote was 62 to 37. (see Mar 20)