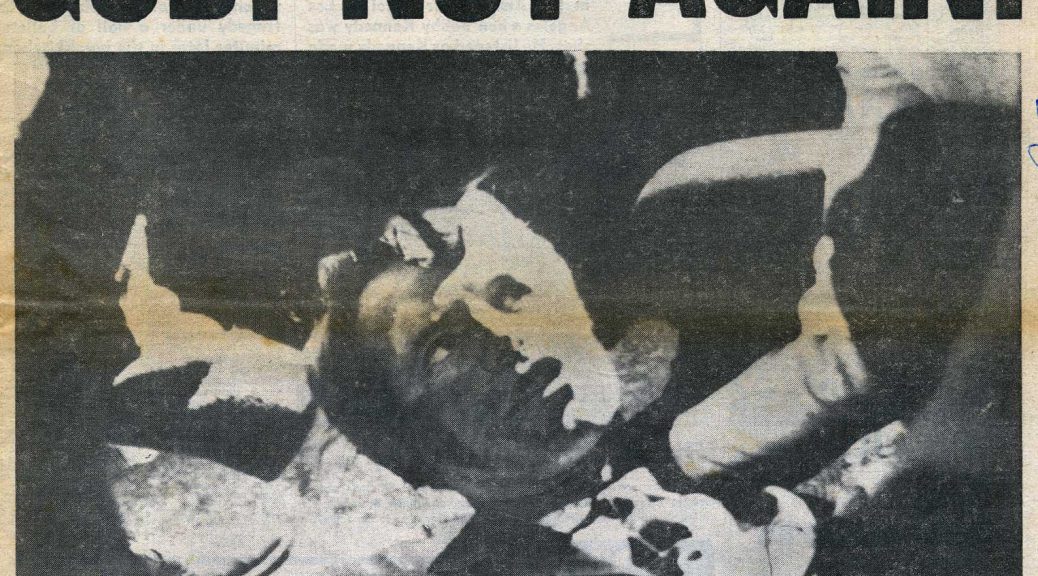 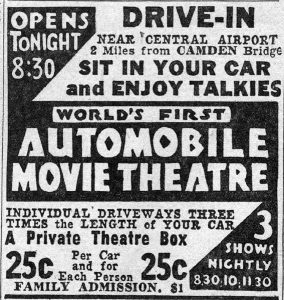 Park-In Theaters–the term “drive-in” came to be widely used only later–was the brainchild of Richard Hollingshead, a movie fan and a sales manager at his father’s company, Whiz Auto Products, in Camden. Reportedly inspired by his mother’s struggle to sit comfortably in traditional movie theater seats, Hollingshead came up with the idea of an open-air theater where patrons watched movies in the comfort of their own automobiles. [Smithsonian article] (see Dec 5)

June 6, 1962: two days after signing with EMI, the Beatles (with Pete Best on drums) recorded their first demos for EMI at Abbey Road Studios under the direction of George Martin and his assistant, Ron Richards. (see June 11)

Around June 6, 7, or 8, Woodstock Ventures signed Sweetwater and Blood, Sweat and Tears ($15,000)for the festival. (see Chronology for expanded story)

June 6, 1971: John and Yoko appeared on stage for the first time since 1969 when they join Frank Zappa for a show at the Fillmore East. (see July 1) 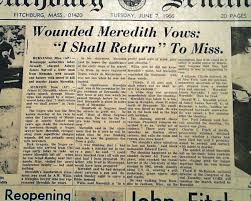 June 6, 1966: Aubry Norvell, a 40-year-old unemployed former hardware contractor from Memphis, ambushed and shot James Meredith in the back . Norvell pleaded guilty before the case went to trial. He served 18 months of a five-year prison sentence. [Clarion Ledger article with photos of shooting] (see June 7, 1966)

June 6, 1997: Henry Hays, one of the two murderers of Michael Donald in 1981, executed in the electric chair. Hays was the only Ku Klux Klan member to be executed for the murder of a black man in the 20th century. Hay’s accomplice, Llewellyn Knowles had been sentenced to life in prison after testifying against Hays. [NYT article]  (next BH, see Dec  22; next Lynching, see February 21, , 2001; for expanded chronology of lynching, see also AL4)

June 6, 2003: Gray Thomas, the Chappell family lawyer, said that a conspiracy of secrecy by Jacksonville police denied justice to the Chappell children.

Scott Makar, an attorney for the city of Jacksonville, told the 11th U.S. Court of Appeals in Atlanta that, despite a racist police cover-up in 1964, there was no evidence the cover-up blocked Johnnie Mae Chappell’s family from the courts.

“What was the barrier that was imposed to prevent … a suit?” Makar said.

Chappell’s children learned of the cover-up in 1996 when one of the detectives, C. Lee Cody, approached her youngest son, Shelton, at a memorial service.

Shelton, 4 months old when his mother died, had sued the four men and Jacksonville police, but a federal court judge dismissed the case in 2001, saying the statute of limitations for filing a suit had long past, prompting an appeal. [Ferris State U article] (BH, see, Oct 10; Chappell, see September 8, 2005)

June 6, 2004: Phylicia Rashad became the first African-American actress to win a Tony for a leading dramatic role for her work in a revival of “A Raisin in the Sun.” (see Nov 2)

CBS News correspondent Michelle Miller’s father was a doctor who tried to save Kennedy. She shares his story.

June 6, 2012: in New York, U.S. District Court Judge Barbara Jones found  the Defense of Marriage Act unconstitutional in Windsor v. United States. Judge Jones was the fifth federal judge to rule that DOMA’s Section 3 violates the U.S. Constitution. The case has since been submitted for consideration by the U.S. Supreme Court. [Oyez article]  (see June 18 or see December 13, 2022 re DoMA)

June 6, 2019: New York City’s police commissioner, James P. O’Neill, apologized on behalf of the Police Department for the actions of officers during the Stonewall riot.

“I think it would be irresponsible to go through World Pride month and not to speak of the events at the Stonewall Inn in June of 1969,” O’Neill said. “I do know what happened should not have happened.

“The actions and the laws were discriminatory and oppressive, and for that, I apologize,” he added.

June 6, 1962: [source: Beatles Bible] two days after signing with EMI, the Beatles (with Pete Best on drums) recorded their first demos for EMI at Abbey Road Studios under the direction of George Martin and his assistant, Ron Richards.

George Martin let Ron Richards handle the session which saw the band record ‘Besame Mucho,’ ‘Love Me Do,’ ‘PS I Love You’ and ‘Ask Me Why’. Richards didn’t like what he heard or saw. Norman Smith, who was the engineer for the session liked “Love Me Do” and decided he should get George Martin to hear it. Martin didn’t share Ron Richards opinion of the band or the music.

Norman Smith has said, “We gave them a long lecture about their equipment and what would have to be done about it if they were to become recording artists. They didn’t say a word, not a word, they didn’t even nod their heads in agreement. When he finished, George said ‘Look, I’ve laid into you for quite a time, you haven’t responded. Is there anything you don’t like?’ I remember they all looked at each other for a long while, shuffling their feet, then George Harrison took a long look at George and said ‘Yeah, I don’t like your tie!’ That cracked the ice for us and for the next 15-20 minutes they were pure entertainment.” (see June 11) 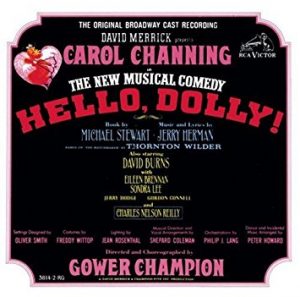 The Road to Bethel/Work begins 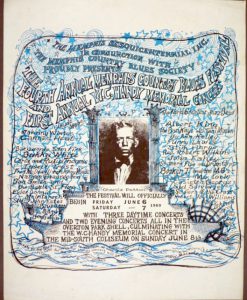 June 6, 1971: John and Yoko appeared on stage for the first time since 1969 when they join Frank Zappa for a show at the Fillmore East. [Ultimate Classic Rock article] (see July 1)