June 2, 1934 (Saturday): two months after it had begun, Auto-Lite and FLU 18384 reached a tentative agreement settling the strike. The union won a 5 percent wage increase, and a minimum wage of 35 cents an hour. The union also won recognition (effectively freezing out the company union), provisions for arbitration of grievances and wage demands, and a system of re-employment which favored (respectively) workers who had crossed the picket line, workers who struck, and replacement workers. Although Muste and Budenz advocated that the union reject the agreement, workers ratified it on June 3. (see Toledo for expanded chronology)

June 2, 1947: the US Supreme Court agreed to review the Illinois Supreme Court’s decision that religious education classes may lawfully be held in the public schools of Champaign, Il. (see Nov 16) 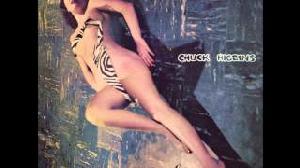 June 2, 1956:  some 200 teenagers in the Santa Cruz Civic Auditorium danced to the music of Chuck Higgins and his Orchestra, a Los Angeles group with a regional hit record called “Pachuko Hop.”

Santa Cruz police entered the auditorium just past midnight to check on the event, and what they found, according to Lieutenant Richard Overton, was a crowd “engaged in suggestive, stimulating and tantalizing motions induced by the provocative rhythms of an all-negro band.” Lt. Overton shut down the dance. (Next R of R, see June 3; see Pachuko for expanded story)

I Can’t Stop Lovin’ You

June 2, 1961: after being forced to sit separately from white community members in the municipal court in Petersburg, Virginia, George Wells, Rev. R. G. Williams, and Rev. Dr. Milton H. Reid sought an injunction to prevent Judge Herbert H. Gilliam, the Chief Judge of Petersburg’s municipal court, from continuing to subject Black community members to segregated seating. The lawsuit asserted that there was “no moral or legal justification for courtroom segregation,” calling the practice “degrading and shameful.” 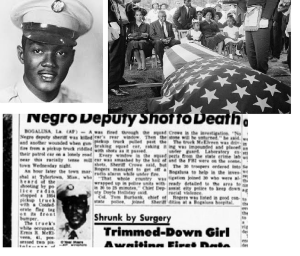 June 2, 1965: Oneal Moore and Creed Rogers made history in 1964 when they became the first black deputy sheriffs in Washington Parish, Louisiana, a notorious KKK stronghold.  On the night of June 2, 1965, the two men were driving in a patrol car to Moore’s home seven miles north of Bogalusa. The patrol car crossed the railroad tracks on Main Street, less than a mile from Moore’s home, when a pickup truck carrying at least three men drew near. A bullet from a hunting rifle ripped into the back of Moore’s head, killing him. Rogers survived wounds from shotgun pellets, but was blinded in his right eye.

Rogers radioed in a description of the pickup — black with a Confederate flag decal on the front bumper. About an hour later and an hour’s drive north in Tylertown, Miss., police stopped a truck fitting that description. They arrested the driver, Ernest Ray McElveen, a Bogalusa paper mill worker and part-time insurance salesman. McElveen was well regarded in town. He was also a member of the racist and anti-Semitic Citizens Councils of America and of the even more savagely bigoted National States Rights Party. Police found two pistols in his truck, but no hunting rifle or shotgun.

He said little, and was released on bond after a few days. He was never prosecuted, and no other arrests were made. [DoJ article] (see June 3)

June 2, 1983: The previous week, Federal Judge Charles Joiner dismissed Viola Liuzzo family’s $2 million lawsuit against the Federal Government. The family maintained Gary Rowe, an informer for the FBI, either shot at Mrs. Liuzzo or could have prevented the shooting.

On this date, Viola Liuzzo’s children were ordered to pay the Government’s court costs. Judge Joiner said the exact amount would not be known until the Justice Department submitted its bill to the court. The Liuzzo family’s court costs alone were estimated at $60,000, according to Jeffrey Long, one of their lawyers. (BH, see June 16; see Liuzzo for expanded story) 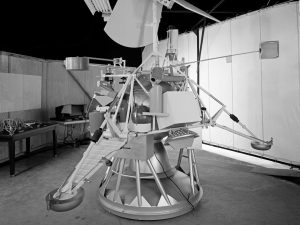 June 2, 1966: Surveyor 1, the U.S. space probe, landed on the moon and started sending photographs back to Earth of the Moon’s surface. It was the first soft landing on the Moon. [NASA article] (see November 11 – 15)

June 2, 1997: Denver. Timothy McVeigh was convicted on 15 counts of murder and conspiracy for his role in the 1995 Oklahoma City bombing. [NYT article] (see June 13)

June 2, 1998: The outspoken Bill Ginsburg is replaced as Monica Lewinsky’s lawyer with a team of experienced Washington litigators, Jacob Stein and Plato Cacheris. The split was said to be by “mutual agreement.” (see CI for expanded story)

June 2, 2011: Alabama’s Republican-controlled state legislature passed House Bill 56, a controversial anti-immigration bill much tougher than a similar Arizona law passed the year before. One week later, Alabama Governor Robert Bentley signed the bill into law. Like Arizona’s Senate Bill 1070, Alabama’s immigration law authorizes police officers, relying on racial profiling, to check the immigration status of anyone detained or arrested who they believe may be in the country illegally. HB 56 also bans undocumented immigrants from enrolling in any public college or university, mandates that parents reveal the immigration status of any child attending public school, and requires school districts to report the number of undocumented students to the state board of education.

Civil rights organizations and religious groups mounted legal and political opposition to HB 56. Many complained the law prohibited acts of charity by criminalizing those who rent property or provide transportation to an undocumented immigrant with prior knowledge of that person’s immigration status. Opponents also feared the law would discourage school attendance by undocumented children and create a discriminatory school atmosphere. Indeed, in May 2012, the Department of Justice announced that HB 56 had “diminished access to and quality of education for many of Alabama’s Hispanic children” and found that more than 13% of Hispanic children had dropped out of school since the previous fall. Subsequent legal challenges succeeded in invalidating portions of the law. (see May 24, 2013)

June 2, 2017: the Mayors National Climate Action Agenda, also known as Climate Mayors, announced their intent to uphold the United States’ end of the Paris accords within their own jurisdictions, despite Trump’s exiting of the agreement. Their statement read in part:

“As 186 US Mayors representing 52 million Americans, we will adopt, honor, and uphold the commitments to the goals enshrined in the Paris Agreement. We will intensify efforts to meet each of our cities’ current climate goals, push for new action to meet the 1.5 degrees Celsius target, and work together to create a 21st century clean energy economy.

We will continue to lead. We are increasing investments in renewable energy and energy efficiency. We will buy and create more demand for electric cars. (see June 14)