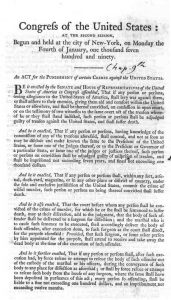 April 30, 1790, the First Congress adopted several bills relating to the federal judiciary or its functions, among them the Punishment of Crimes Act, the first listing of federal crimes and their punishment. In addition to treason and counterfeiting of federal records, the crimes included murder, disfigurement, and robbery committed in federal jurisdictions or on the high seas. The fourth paragraph of the act authorized judges to sentence convicted murderers to surgical dissection after execution. The fifth paragraph provided fines and imprisonment for anyone attempting to rescue a body of an individual sentenced to dissection. (see June 25)

April 30, 1892: a white mob lynched an African American man named Ephraim Grizzard in Nashville, Tennessee,  two days after the lynching of his brother, Henry. In the middle of the afternoon, the unmasked mob dragged Ephraim Grizzard from the Nashville jail, stripped him naked, beat and stabbed him severely, and then hanged him from the Woodland Street Bridge. As Grizzard’s corpse swayed in the air, members of the mob riddled his body with bullets. Thousands of spectators viewed the brutal scene as Grizzard’s mutilated body was reportedly left on display for almost ninety minutes.

No one was held accountable for either of the brothers’ deaths.  [EJI article] (next BH, June 7; next Lynching, sees Oct 13, or see 19th century for expanded lynching chronology)

April 30, 1965: Jury foreman Harold B. Hacker told Justine Dominic Rinaldi that the jury was hopelessly deadlocked, with two or three members in favor of conviction and a like number in favor of acquittal. The others, said Hacker, were “confused” as a result of the discredited confession in the Wylie-Hoffert case. Rinaldi declared a mistrial. (see Whitmore for expanded story)

April 30, 1919: California passed the Criminal Syndicalism Act of 1919, making it a felony to encourage or provoke, in any way, violence with a political motivation. It is used to outlaw anti-government speech and to punish outspoken individuals. The act’s main target was the I.W.W. (see September 27, 1919) 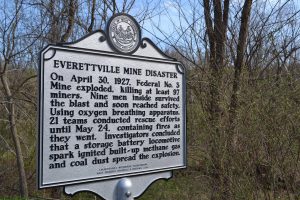 April 30, 1927: in West Virginia an explosion roared through the Federal No. 3 mine owned by New England Fuel and Transportation Company of Everettville, Monongalia County. The explosion, the subsequent fire, and gas in the mine killed 111 men.  (US mine disaster page article) (see Aug 25)

April 30, 2012: the Obama administration’s National Labor Relations Board implemented new rules to speed up unionization elections. The new rules were largely seen as a counter to employer manipulation of the law to prevent workers from unionizing. (see Sept 10) 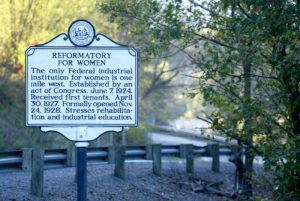 April 30, 1927:  the Federal Industrial Institution for Women, the first women’s federal prison, opened in Alderson, West Virginia. All women serving federal sentences of more than a year were to be brought there.

Run by Dr. Mary B. Harris, the prison’s buildings, each named after social reformers, sat atop 500 acres. One judge described the prison as a “fashionable boarding school.” In some respects the judge was correct: The overriding purpose of the prison was to reform the inmates, not punish them. The prisoners farmed the land and performed office work in order to learn how to type and file. They also cooked and canned vegetables and fruits.

Reform efforts had a good chance for success since the women sent to these prisons were far from hardened criminals. At the Federal Industrial Institution, the vast majority of the women were imprisoned for drug and alcohol charges imposed during the Prohibition era. (Washington Examiner article)  (see June 17, 1928)

April 30, 2015: ten members of the Taliban gang that shot Malala Yousafzai were sentenced to life imprisonment. Their convictions and life terms were welcomed by Ms Yousafzai’s supporters, but strong doubts remain over whether the man who pulled the trigger has been brought to justice. The attack was believed to have been ordered by the Taliban leader Maulana Fazlullah to punish her for her high-profile campaign against the Taliban’s edict, including a blog on the BBC website. ( Feminism & MY, see June 5)

Committee for the Suppression of Irresponsible Censorship

April 30, 1927: a group of more than forty noted authors organized the Committee for the Suppression of Irresponsible Censorship to fight the censorship of literary works around the country. Members included the poet Edgar Lee Masters, journalist William Allen White, historian Hendrick Van Loon, novelist Mary Roberts Rinehart, among others. They cited a censorship “wave of hysteria sweeping over the country.” (NYT article) (see May 16)

April 30, 1961: the arrest of William French, a student, at a demonstration by folk-music fans in Washington Square Park nearly set off a riot. It also raised charges of police brutality. (see NYC Bans for expanded story) 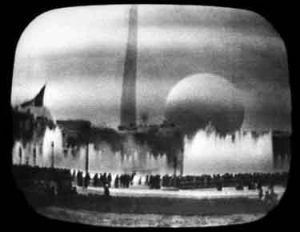 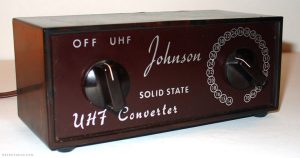 April 30, 1964: TV sets would be drastically different after a ruling by the FCC stating that all TV receivers should be equipped to receive both VHF (channels 2-13) and the new UHF(channels 14-83). As a result, TV dealers scrambled to unload their VHF-only models as fast as possible. Antenna manufacturers were kept busy, as the new UHF receivers required new antennas too. (see Oct 12 – 16) 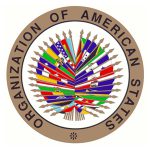 April 30, 1948: the United States and 20 Latin American nations signed the charter establishing the Organization of American States (OAS). The new institution was designed to facilitate better political relations between the member states and, at least for the United States, to serve as a bulwark against communist penetration of the Western Hemisphere. (OAS site) (see May 1, 1948)

April 30, 2003: the Bush administration appealed to the Supreme Court to preserve the phrase “under God” in the The Pledge of Allegiance recited by school children. Solicitor General Theodore Olson said that “Whatever else the (Constitution’s) establishment clause may prohibit, this court’s precedents make clear that it does not forbid the government from officially acknowledging the religious heritage, foundation and character of this nation,” and that the Court could strike down the 9th U.S. Circuit Court of Appeals ruling in Newdow v United States without even bothering to hear arguments. (see Pledge for expanded story)

April 30, 1975: at dawn, the last Marines of the force guarding the U.S. embassy lifted off. Only hours later, looters ransack the embassy and North Vietnamese tanks rolled into Saigon, ending the war. In 15 years, nearly a million NVA and Vietcong troops and a quarter of a million South Vietnamese soldiers died. Hundreds of thousands of civilians had been killed. (see Fall for expanded story; next Vietnam see July 2, 1976)

April 30, 1974: The White House released more than 1,200 pages of edited transcripts of the Nixon tapes to the House Judiciary Committee, but the committee insisted that the tapes themselves must be turned over. (see Watergate for expanded story)

April 30, 1980: made for TV movie and a Hallmark Hall of Fame presentation, Gideon’s Trumpet, aired on CBS. The moved starred Henry Fonda as Clarence Earl Gideon, José Ferrer as Abe Fortas and John Houseman as Earl Warren (though Warren’s name was never mentioned in the film; he was billed simply as “The Chief Justice”). Houseman also provided the offscreen closing narration at the end of the film. Lewis himself appeared in a small role as “The Reporter”. (see Gideon for expanded story) 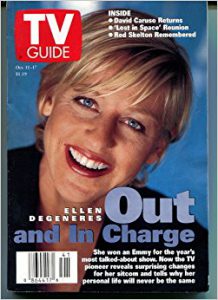 April 30, 1997: in a widely publicized episode of the ABC sitcom Ellen, TV character Ellen Morgan (played by Ellen DeGeneres) announced that she was gay, making Ellen the first prime-time sitcom to feature an openly gay leading character. (see May 9)

April 30, 1998:  in his first news conference since the Lewinsky scandal broke, the president lashed out at Independent Counsel Ken Starr charging that he heads a “hard, well-financed, vigorous effort” to undercut the president. Clinton repeatedly declines to elaborate on his relationship with Lewinsky. (see Clinton for expanded story)

April 30 2007:  the International Campaign to Abolish Nuclear Weapons [ICAN]  is launched internationally during the Treaty on the Non-Proliferation of Nuclear Weapons preparatory committee meeting in Vienna. (Nuclear & ICAN, see May 28, 2010) 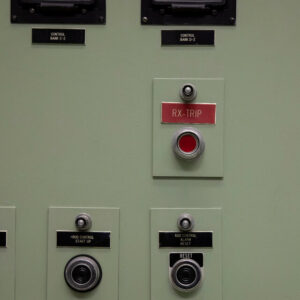 April 30, 2018: a parent participating on a tour at Colorado State University called campus police because she was nervous about the presence of Thomas Kanewakeron Gray and his brother Lloyd Skanahwati Gray, two young men who had joined the tour while it was in progress.

Police responded to the call by contacting the young Native American men, who were visiting from New Mexico, during the tour.

The police spoke with the students, confirmed they were part of the tour, and allowed them to rejoin the group. Unfortunately, due to the location of the tour when the contact was made, the Admissions tour guide was unaware that police had been called or responded, and the tour group had moved on without the students, returned home to New Mexico.

“We drove seven hours to pretty much get the cops called on us,” said Thomas. [CSU apology] [NYT article] (see May 21)