April 17, 1878: freed slave Henrietta Wood sued Zebulon Ward, a white man who had re-enslaved Wood 25 years before. Wood was suing him for $20,000 in reparations

April 17, 1915: a mob of white men near Lake Park, Georgia took 17-year-old Black boy Caesar Sheffield from jail and shot him to death. Police had arrested Caesar for allegedly stealing meat from a smokehouse owned by a local white man.

When the mob took Caesar from the jail, prison officials had abandoned the building despite being charged with protecting those inside the jail,  allowing the mob to easily force its way into the jail. The men took Caesar to a nearby field and shot him to death. His body was found later that day, riddled with bullets.

No arrests were made following his murder and no one was ever held accountable. [EJI article] (next BH, see June 21; next Lynching, see Dec 8 or see AL2 for expanded lynching chronology)

April 17, 1943: a sit-in by African-American students at Howard University students challenged racial segregation at the Little Palace Cafeteria, on 14th and U Streets in Washington, D.C. This event and a similar sit-in in Chicago on May 8, 1943, were signs of the rising demands for racial equality in 1943.

Howard University students staged a second sit-in the following year, on April 22, 1944. The sit-ins were soon quashed by pressure from Southerners in Congress who controlled the budget for the District of Columbia and Howard University. Restaurants in Washington, D.C., remained racially segregated for another decade, until a court ordered them integrated on June 8, 1953, in the case of District of Columbia v. John R. Thompson. (SNCC article) (see May 5) 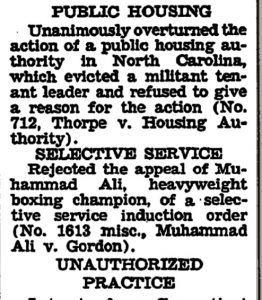 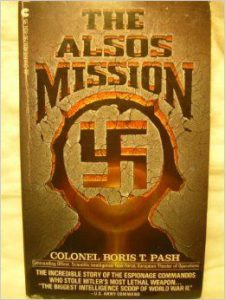 April 17, 1945:  U.S. Lieutenant Colonel Boris T. Pash commandeered over half a ton of uranium at Strassfut, Germany, in an effort to prevent the Russians from developing an A-bomb. Pash was head of the ALSOS Group, organized to search for German scientists in the postwar environment in order to prevent the Russians, previously Allies but now a potential threat, from capturing any scientists and putting them to work at their own atomic research plants. Uranium piles were also rich “catches,” as they were necessary to the development of atomic weapons. (Atomic Heritage Foundation article) (see Apr 24) 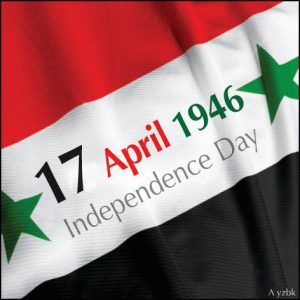 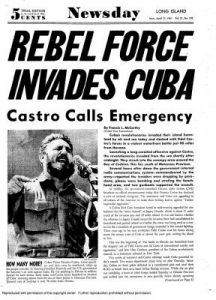 April 17, 1961: a group of Cuban exiles backed by the U.S. government and trained by the CIA lands at the Bay of Pigs in Cuba in an unsuccessful attempt to overthrow the government of Fidel Castro. The failed coup further heightened Cold War tensions and diverts President Kennedy’s attention from domestic policy. (see Bay of Pigs for expanded story)

April 17, 1965: Paul Kuntzler and nine other people picketed the White House in what advocates believe was the first gay rights demonstration. The group was mostly fighting for gays and lesbians to keep their government jobs. (see May 29)

April 17, 1965: the  SDS led an anti-Vietnam war march in Washington. 15,000 attend including Phil Ochs, Joan Baez and Judy Collins. Daniel Ellsberg and Patricia Marx go on their first date…this rally. For the next two years Ellsberg served in Vietnam as a civilian on special assignment for the U.S. Department of State, studying counter-insurgency. (next Vietnam, see Apr 21; see DE/PP for expanded story)

April 17, 1966: Donald Slater, a spokesman for the Committee to Fight Exclusion of Homosexuals From the Armed Forces, explained the beginning of a 6-day campaign to support that committee’s goal. Slater stated that the campaign represented the first manifestation of a new militancy in “the homosexual movement.” (tangentgroup dot org committee statement) (LGBTQ, see Apr 21; Vietnam, see Apr 29)

In 1967 Kathrine Switzer registered as K.V. Switzer for the Boston Marathon. Race Official Jock Semple grabbed her and tried to tear off her number. Other runners helped push Semple away and Switzer finished the race. (Switzer’s story)

April 17, 2017: the Supreme Court rejected an appeal from detained immigrant mothers and their children who claimed they would be persecuted if they were returned to their Latin American homelands. The decision left in place a lower court ruling that said the families did not have a right to contest their deportation in federal court.

The 28 mothers and their 33 children were arrested in Texas soon after crossing the border illegally, and immigration officials rejected their asylum claims. The immigrants came from Honduras, Guatemala and Ecuador. They had argued they were entitled to a hearing before an independent federal judge. (KAAL TV article) (see Apr 25)

April 17, 2018: the US Supreme Court invalidated a provision of federal law that required the mandatory deportation of immigrants who had been convicted of some “crimes of violence,” holding that the law was unconstitutionally vague.

The case, Sessions v. Dimaya, had originated during the Obama administration but had been closely watched to see if the justices would reveal how they will consider the Trump administration’s overall push to both limit immigration and increase deportations.

As expected after the oral argument, Justice Neil Gorsuch joined with the more liberal justices for the first time since joining the court to produce a 5-4 majority invalidating the federal statute. In doing so, Gorsuch was continuing the jurisprudence of Justice Antonin Scalia, who also sided with liberals when it came to the vagueness of statutes used to convict criminal defendants. (see Apr 24) 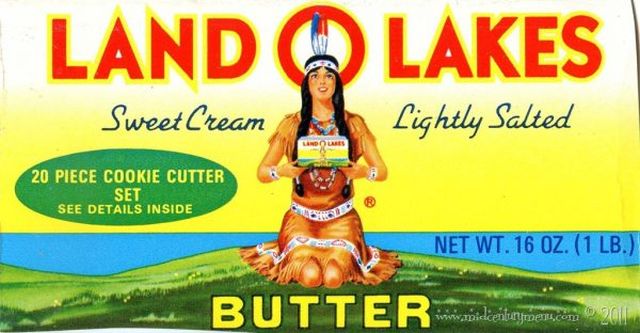 April 17, 2020: for nearly a century, an illustration of a Native American woman with a feather in her hair has adorned the packaging of Land O’Lakes cheese and butter products.

The company, founded in 1921 by a group of Minnesota dairy farmers, announced that it was phasing in a new design ahead of its 100th anniversary. Instead of the depiction of the woman, some products will be labeled “Farmer-Owned” and feature an illustration of a field and lake, or photographs of its farmers, the company announced. [NYT article] (next NA, see July 9)