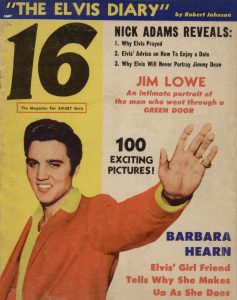 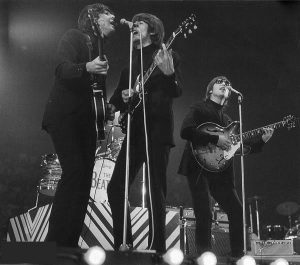 May 1, 1966: The Beatles’ final scheduled live appearance in Britain. It was their fourth appearance at the New Musical Express Annual Poll-Winners’ All-Star Concert, which took place at the Empire Pool in Wembley, London. The Beatles performed before an audience of 10,000.

The group were on a bill which also included The Spencer Davis Group, The Fortunes, Herman’s Hermits, Roy Orbison, The Overlanders, The Alan Price Set, Cliff Richard and The Shadows, The Rolling Stones, The Seekers, The Small Faces, Sounds Incorporated, Dusty Springfield, Crispian St Peters, The Walker Brothers, The Who, The Yardbirds and Dave Dee, Dozy, Beaky, Mick & Tich. The comperes were Peter Murray and Jimmy Savile.

The Beatles played a 15-minute set which included five songs: I Feel Fine, Nowhere Man, Day Tripper, If I Needed Someone and I’m Down.

Although ABC TV was filming the concert, Brian Epstein failed to reach an agreement over terms, so the cameras were turned off while The Beatles performed. The group was, however, filmed receiving their poll awards. (see May 16) (see Beatles last UK concert for more) 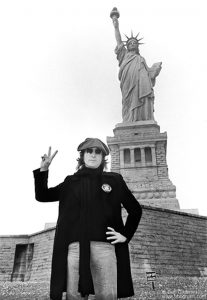 May 1, 1972: Judge Bernard J. Lasker signed a temporary order in Federal Court restraining the Immigration and Naturalization Service from holding a deportation hearing for John Lennon and Yoko Ono. Judge Lasker ruled that the Government must first hold a hearing on a motion made by the Lennons before it takes up the matter of deportation. Lennon’s motion asks that they be classified as “aliens of distinguished merit and ability.” (next Beatles, see May 11; see Lennon for expanded story)