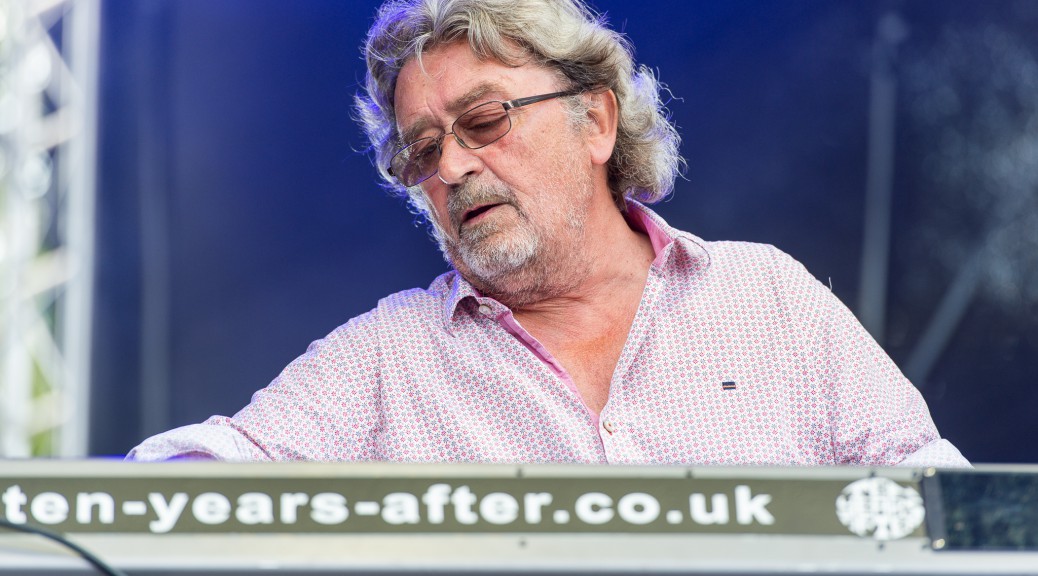 Chick  began playing piano when he was six and was doing classical studies until he met the blues in 1961.

While part of the Sons of Adam, he met Alvin Lee whose band then was called the Jaybirds.

Churchill joined first as a road manager and then as a keyboardist.

The band evolved into Ten Years After and concert promoter Bill Graham invited the band to tour America for the first time in the summer of 1968. Ten Years After would ultimately tour the USA 28 times in 7 years, more than any other U.K. band.

During the summer of 1969, they performed at  6 major festivals, including  the Woodstock Music and Art Fair. Of course their performance of “Goin’ Home” at Woodstock and the song’s inclusion in both the film and on the album established their fame. (I wonder how many times the band performed that song that summer?)

I recently contact Chick and he generously responded with the following:  Woodstock seems so long ago now but I remember the huge audience and the helicopter journey. I think we went on after the rain storm. Everything was wet and I don’t think health and safety would allow it now but we survived.

In 1977 he began a partnership with Tim Whitsett as Whitsett Churchill Music Publishing. The company specialized in promoting American artists from southern states.

Neither Alvin Lee nor Ten Years After are in the Rock and Roll Hall of Fame.

The band has reformed and does tour. Here’s what they did in 2018: