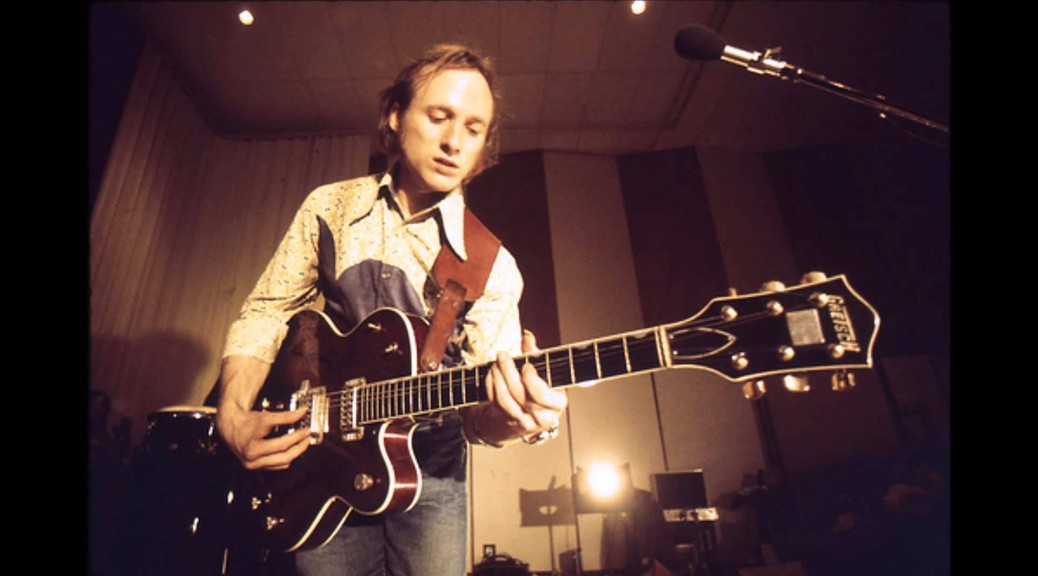 The summer of 1966. I was 16 and Stephen Stills was 21. I sat and did my high school summer reading: Jules Vernes “Twenty Thousand Leagues Under the Sea.”  Since my dad was at work in Brooklyn and my mom busy with my younger siblings, I could listen to my parents’ mono FM radio–the only one in the house– and a station I’d just discovered:  WOR-FM.

The station’s music had a strong AM top ten feel to it, but the true attraction was that there were no DJs. I did not know why. All I knew is that without all that AM DJ chitter chat, the music seemed continuous.

The downside was that if I heard a song I did not know, there was no way to find out who it was. No Shazam then.

Neil Young wrote it, but shy of singing (perhaps for good reasons), Richie Fury and Stephen Stills sang. I never heard of Buffalo Springfield, Neil Young, Stephen Stills, or Clancy. Like most Dylan songs, I had little notion of what the song sang:

It sure sounds cool, but huh?

I was sad when I heard that the Springfield had disbanded, but elated reading about this new group that David Crosby and Graham Nash had formed with Stills. Rolling Stone Magazine hinted at greatness on the way.

The band’s name on the Woodstock list was one of the main reasons I bought tickets to Woodstock and one of my toughest decisions to go home wet tired and hungry on Sunday afternoon without seeing them. 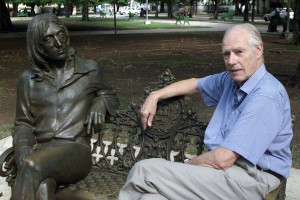 With the Beatles’ arrival in the US, various DJs adopted to themselves the nickname “Fifth Beatle” because they got to meet the Fab Four,  play their music, and promote the mania. Of course, none of them were anywhere near what the adopted moniker implied.

When George Martin died on March 8, 2016, we knew that the true “fifth Beatle” was gone.

In the beginning as we stared at the backs of our first Beatle albums for something new, his was one of the names we always saw.

He never looked like a Beatle. Was not hip. Hair combed back. Conservative clothing.

George Martin knew sound. George Martin knew talent. And his talent brought us the sound the Beatles had inside their heads and put that sound forever inside our hearts. He knew how to compress their coal into musical diamonds.

Fortune offered them the same breeze and we are forever fortunate that they boarded the same sloop.

Less than 10 hours of music!

From the New York Times obituary: “His collaboration with the Beatles inevitably overshadowed his other accomplishments. Between 1962 and 1970, Mr. Martin produced 13 albums and 22 singles for the group, a compact body of work that adds up to less than 10 hours of music but that revolutionized the popular music world.”

Those “other” credits of his go on several pages. The AllMusic site’s list included: 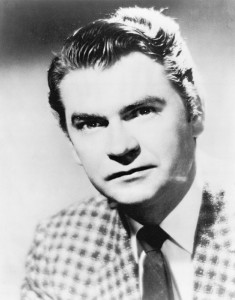 There are many dates offered for the birth of rock and roll, but certain dates unarguably made rock possible.

One: Sam Phillips opened the Memphis Recording Service on January 3, 1950.

Two: in April 1951, Phillips recorded “Rocket 88″ by  Jackie Brenston and his Delta Cats, a song considered by many to be the first Rock and Roll song.

Three: on January 4, 1954 while still working as a truck driver, Elvis Presley went to the Sam Phillips to record a song for his mother’s birthday which was many months away. He recorded “It Wouldn’t Be The Same Without You” and “I’ll Never Stand In Your Way.” It was this recording that would lead Phillips to call Presley back to record for his Sun Records label. The receipt is dated Jan. 6, but the date of the recording was Jan. 4.

When growing up in Alabama, Sam Phillips had been exposed to all types of music, but he loved the blues sound he’d heard traveling through Memphis, Tennessee’ Beale Street. When he opened the Memphis Recording Service he followed that lead and recorded such Black performers as B.B. King, Junior Parker, and Howlin’ Wolf. Phillips then would sell their performances to larger record labels.

According to the  the Kitchen Sisters, “Before Elvis walked through the door, before Sun Studios put Memphis on the map—Sam Phillips, a young man with a tape recorder, lived by the motto, “We Record Anything, Anywhere, Anytime.” Weddings, funerals, marching bands, the Miss Memphis Pageant—Sam recorded them all—anything to keep his fledgling Memphis Recording Service open to record Howlin’ Wolf, B.B. King, Little Junior, Ike Turner, Carl Perkins, Johnny Cash, Roy Orbison, Elvis Presley. The raw and rocking, unrecorded music of the 1950s South. (to listen to the Kitchen Sisters’ excellent podcast on Phillips >>> Kitchen Sisters) 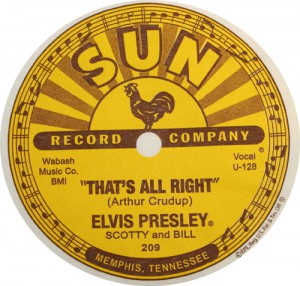 In 1952 Phillips started Sun Records. According to the Rock and Roll Hall of Fame site his company released 226 singles during its 16 years and “…That figure doesn’t include the 71 singles released on Sun’s sister label, Phillips International!) Those 45s and 78s with the familiar Sun logo amount to a treasure of music whose greatest moments mark the spot where rock and roll originated and thrived in all its frantic, wild-eyed abandon. “We’re all crazy,” Phillips has said of himself and his charges at Sun. “But it’s a type of insanity that borders on genius. I really feel that. To be as free as you have to be for any kind of music, you almost have to be in another dimension. And to do the broad expanse of rock and roll takes an element of mind expansion that people less creative would term insanity.” (form more >>> Rock and Roll Hall of Fame site)

So important was Sam Phillips’s impact on the history or Rock and Roll, he was part of the inaugural class of inductees into the Rock and Roll Hall of Fame in 1986.

For more about Phillips, the Memphis Recording Service, and Sun records, watch this excellent video history: