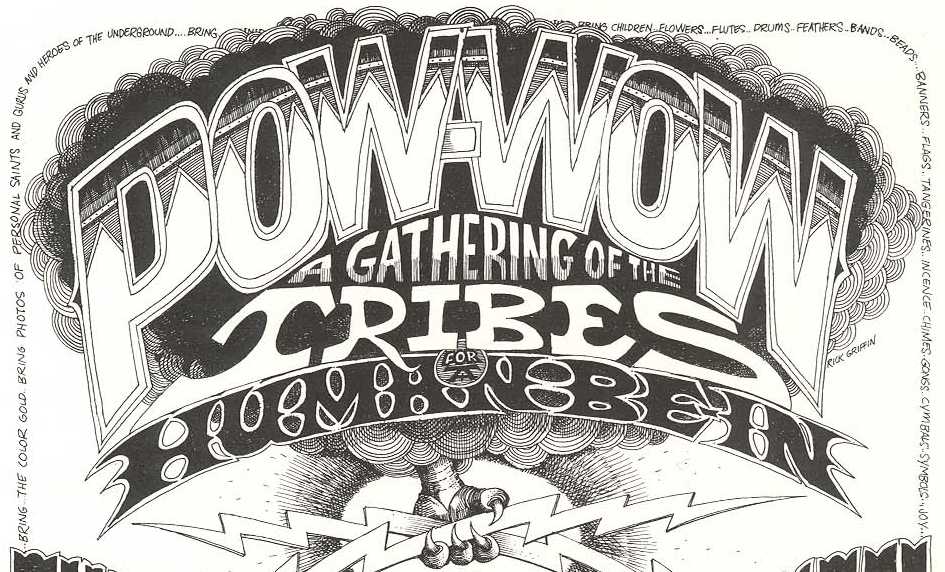 Turn on, tune in, and drop out.

On January 14, 1967 the San Francisco Human Be In was held in Golden Gate Park. It was a prelude to San Francisco’s Summer of Love, which made the Haight-Ashbury district a symbol of American counterculture and introduced the word “psychedelic” to suburbia.

The San Francisco Human Be In exhibited the ideas of the 1960s counterculture: personal empowerment, cultural and political decentralization, communal living, ecological awareness, higher consciousness (with the aid of psychedelic drugs), acceptance of illicit drug use, and radical liberal political consciousness. The hippie movement developed out of disaffected student communities around San Francisco State and Berkeley and in San Francisco’s beat generation poets and jazz hipsters, who also combined a search for intuitive spontaneity with a rejection of “middle-class morality”. Allen Ginsberg personified the transition between the beat and hippie generations.

A new California law banning the use of LSD that had come into effect on October 6, 1966 spurred the idea. The speakers at the rally included Timothy Leary in his first San Francisco appearance, who set the tone that afternoon with his famous phrase “Turn on, tune in, drop out,” Allen Ginsberg, who chanted mantras, and other counterculture gurus including comedian Dick Gregory, Lawrence Ferlinghetti, and Jerry Rubin.

Music was provided by several local bands including Jefferson Airplane, The Grateful Dead, Big Brother and the Holding Company and Quicksilver Messenger Service.

“The Great Human Be-In” – afternoon concert…Best of all were the glorious free concerts in the Panhandle — a flatbed truck, makeshift electricity, food, wine, friends, sunshine, and some wonderful bands who hadn’t hit the big time yet. At first it seemed amazing that we knew by name so many of the hundreds gathered; but as the months went by, our awareness of a larger community grew until it peaked that fine day in January of 1967, the day of the tribal Stomp at the Polo Fields to be known as the “Human Be In.” We heard it through the grapevine, and a half dozen of us started early that morning to walk the couple of miles to the park. As we walked along Lincoln Avenue, we noticed other groups of neighbors walking in the same direction. More joined in off side streets, and by the time we turned north into the park, we were a large, laughing group. A half mile later, we were a horde and as the Be-In took shape through the day, we were awed and thrilled as the Polo Fields filled up with more than 20,000 people. It was a day of innonence and hope; and in many ways the last moments of naivete for a neighborhood that had just gone public.

Grateful Dead at the 1967 Human Be-In