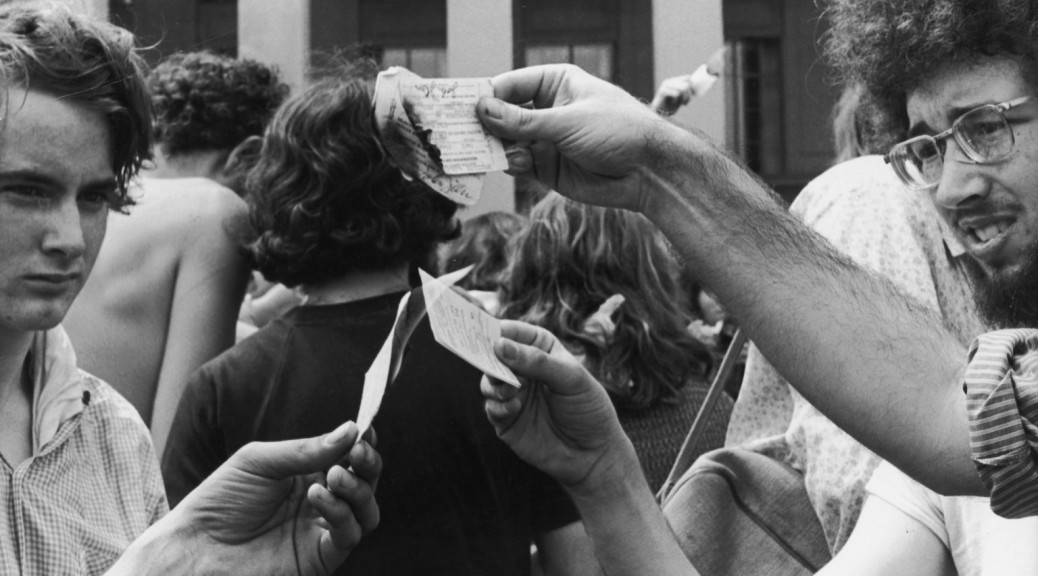 According to the indictment, Dr. Spock, Mr. Coffin, Mr. Raskin, and Mr. Goodman agreed to sponsor a nationwide draft-resistance program that would include disrupting the induction processes at various induction centers, making public appeals for young men to resist the draft and to refuse to serve in the military services and issuing calls for registrants to turn in their draft cards.

The government accused the men of having violated Title 50, Section 462(A) of the United States Code Appendix, a section of the Universal Military Training and Service Act that dates to World War I. It declared that any person was guilty of violating the law if he “knowingly counsels, aids, or abets another to refuse or evade registration or service in the armed forces” or if he “shall knowingly hinder or interfere or attempt to do so in any way, by force or violence or otherwise,” with the administration of the draft. It also makes it a crime to conspire to commit these acts.

On January 12, 1968, the New York Times reported that,  The Government disclosed…that more young men were prosecuted and convicted last year for draft violations than in any year since World War II. (Draft convictions)

On July 11, 1969, because of insufficient evidence of a conspiracy, “The United States Court of Appeals for the First Circuit reversed today the convictions of Dr. Benjamin Spock and three other men who were found guilty in 1968 of conspiring to counsel evasion of the draft.”