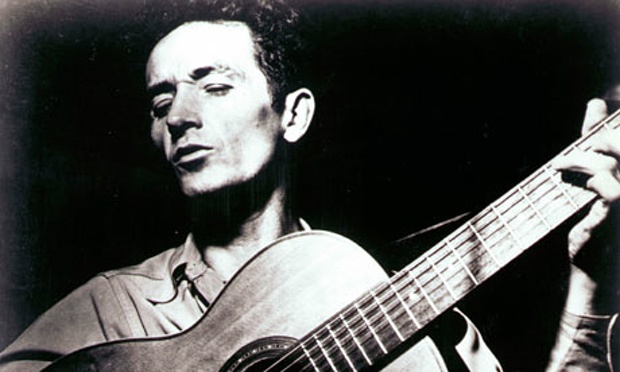 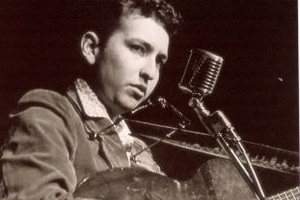 In the land of opportunity, young Americans look for a model. A parent, a sibling, a cousin, or a best friend may serve, but one’s world often pivots on an unanticipated choice.

Bob Dylan borrowed a friend’s copy of Woody Guthrie’s autobiographical Bound for Glory.  In it Dylan found inspiration in the portrait Guthrie painted of himself in the book. Guthrie and folk music became a star to follow.

Later, Dylan would say, “The thing about rock’n’roll is that for me anyway it wasn’t enough… There were great catch-phrases and driving pulse rhythms… but the songs weren’t serious or didn’t reflect life in a realistic way. I knew that when I got into folk music, it was more of a serious type of thing. The songs are filled with more despair, more sadness, more triumph, more faith in the supernatural, much deeper feelings.”  (from liner notes by Cameron Crowe to Dylan’s Biograph 5-record set)

Dylan had arrived in New York City on January 24, 1961 (see Talkin’ New York) and on January 29 met Guthrie. Guthrie was in his fourth year at the Greystone Park Psychiatric hospital in New Jersey, suffering from Huntington’s disease, which finally led to his death in 1967. Guthrie apparently gave Dylan a card after their first meeting saying: “I ain’t dead yet.”

Dylan had written a song simply called “Song to Woody.” 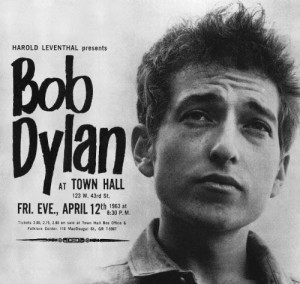 On  April 12 1963, Bob Dylan played the Town Hall in New York City. To close the performance, he recited  another Guthrie-related piece he’d written called “Last Thoughts on Woody Guthrie.”  It’s a long poem so I won’t put the lyrics right here, but will provide the link below the video if you would like to listen and follow along. Listening to Dylan recite reminds me of the Beat style of poetry, but that’s another blog for another day.

“If you can roll along with this here…”

Woody Guthrie died on October 3, 1967 while at Creedmoor State Hospital in Queens, New York. His ashes were sprinkled into the waters off of Coney Island’s shore.