July 27, 2006: Republican President George W. Bush signed legislation extending the Voting Rights Act for an additional 25 years, saying that “the right of ordinary men and women to determine their own political future lies at the heart of the American experiment.”

Of the era’s political environment, author David Daley wrote for The New Republic in 2020 that “even though Republican presidents were still nominating judges who undermined ballot access, and members of both parties confirmed them to the bench, few respectable, elected voices on either side were willing to publicly countenance a frontal assault on American voting rights.” (next BH, see January 24, 2007)

July 27, 2020: lawmakers and the American public paid their respects to the civil rights icon and late congressman, Rep. John Lewis of Georgia, as his body lies in state at the US Capitol in Washington, DC.

Lewis was the first Black lawmaker to lie in state at the US Capitol Rotunda, according to congressional historians.

Last year, the late Rep. Elijah Cummings made history as the first Black lawmaker to lie in state at the US Capitol when his body was lain in state in Statuary Hall. [CNN story] (next BH, see Aug 11)

July 27, 2010: medical marijuana became legal in the District after the Democrat-controlled Congress declined to overrule a D.C. Council bill that allowed the city to set up as many as eight dispensaries where chronically ill patients can purchase the drug. The law allows patients with cancer, glaucoma, HIV/AIDS and other chronic ailments can possess up to four ounces of the drug…

The law capped a years-long struggle to act on a 1998 referendum in which 69 percent of District residents voted for to allow medical marijuana. Until last year, Congress blocked the city from enacting the referendum. (next Cannabis, see Nov 2  or see CCC for expanded chronology; AIDS, see May 14, 2014 ) 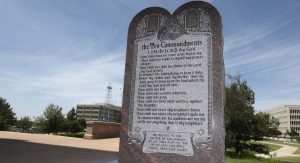 July 27, 2020: according to North Korean state media, North Korean leader Kim Jong Un said he believed his country will no longer need to fight wars because its nuclear arsenal guarantees its safety,.

“With our reliable and effective self-defensive nuclear deterrent, there will be no more war on this earth, and our country’s safety and future will be secured forever,” Kim said in a speech, North Korea’s Korean Central News Agency (KCNA) reported.

Speaking to a group of veterans on the 67th anniversary of the armistice that effectively ended the Korean War, Kim said that nuclear weapons would allow North Korea to defend itself “against any high pressure and military threats of imperialists and hostile forces.” [CNN story] (next N/CN, see January 3, 2021)