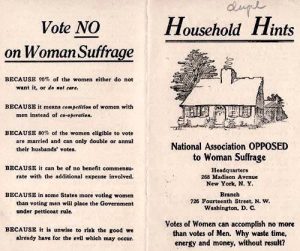 July 21, 1908:  The Women’s National Anti-Suffrage League (1908-1918) established in London. Its aims were to oppose women being granted the vote in United Kingdom parliamentary elections, although it did support their having votes in local government elections. (Oxford Scholarship Online article)

In 1909:  in the UK, Grace Saxon Mills listed reasons why women should not have the right to vote in the United Kingdom

July 21, 1913: thirty-five Black men at Oakley Farm, a segregated prison camp in Mississippi, burned to death when the neglected dormitory they were locked into at night caught fire.

Each night, the men who were forced to labor as convicts at Oakley Farm were locked into the second floor of an all-wooden building, where they slept on the floor together. The second floor had metal bars on each window and the building had only one exit—through a single door on the first floor, where the prison stored hay, molasses, and other flammable materials. The dormitory was referred to as an “antiquated convict cage,” and as one report later noted, “everything was in the fire’s favor.”

Shortly before midnight, two watchmen patrolling the prison noticed flames coming out of the windows of the first floor of one of the prison dormitories. Because the prison did not have any fire extinguishing gear, the watchmen simply stood by as the fire grew, failing to take any measures to try to save the individuals locked inside. As flames quickly engulfed the dormitory, the men imprisoned upstairs began shouting for help. With bars on all the windows and the singular exit blocked by the fire, they were left with no way out, and all 35 of the men in the dormitory burned to death. [EJI article] (next BH, see Sept 6)

July 21, 1925: the final day of the trial opened with Judge Raulston’s ruling that Bryan cannot return to the stand and that his testimony should be expunged from the record. Raulston declared that Bryan’s testimony “can shed no light upon any issues that will be pending before the higher courts.” Darrow then asked the court to bring in the jury and find Scopes guilty — a move that would allow a higher court to consider an appeal. The jury returned its guilty verdict after nine minutes of deliberation. Scopes was fined $100, which both Bryan and the ACLU offer to pay for him.

After the verdict was read, John Scopes delivered his only statement of the trial, declaring his intent “to oppose this law in any way I can. Any other action would be in violation of my ideal of academic freedom — that is, to teach the truth as guaranteed in our constitution, of personal and religious freedom.” (see Scopes for expanded story)

July 21, 1954: the Geneva Accords concluded the Geneva Conference with the division of Vietnam into two countries along the 17th parallel of latitude with elections scheduled for 1956. [The two countries were not reunited until the fall of Saigon in 1975.] (see Aug 11) 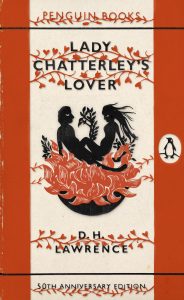 July 21, 1959: a U.S. District Court in New York ruled that D.H. Lawrence’s novel Lady Chatterley’s Lover was not obscene. Because of its explicit treatment of sexual intercourse, the novel had been unavailable legally in the U.S. since it was first published in Italy in 1928 (although there were a number of bootlegged editions and some bowdlerized editions that were legally published). The edition in this case, Grove Press v. Christenberry, was published by Grove Press, owned by anti-censorship pioneer Barney Rosset. (Guardian dot com article) (see March 26, 1960)

The case, which prompted Carlin to refer to the words for a time as “the Milwaukee Seven,” was dismissed in December of that year; the judge declared that the language was indecent but Carlin had the freedom to say it as long as he caused no disturbance. (see March 19, 1973)

July 21, 1969: Judge Edward O’Gorman handed down official decision banning the festival from the Wallkill site. That evening, Woodstock Ventures was granted permission to hold their event by unanimous vote of the Bethel council. (see Chronology for expanded story)

July 21, 1998: the U.S. Court of Appeals holds a hearing on alleged leaks of grand jury information to the media by Ken Starr’s office. The hearings center on Judge Norma Holloway Johnson’s secret sanctions against Starr and his subsequent appeal. The sanctions would require Starr to turn over documents and other evidence related to the alleged leaks. (see Clinton for expanded story)

July 21, 2014: President Obama gave employment protection to gay and transgender workers in the federal government and its contracting agencies, after being convinced by advocates of what he called the “irrefutable rightness of your cause.”

“America’s federal contracts should not subsidize discrimination against the American people,” Obama said at a signing ceremony from the White House East Room. He said it’s unacceptable that being gay is still a firing offense in most places in the United States. (Boston Globe article) (see July 28)

The move was among the most prominent consequences since the law, which also bars transgender people from using bathrooms in public buildings that do not correspond with their birth gender, was passed in March. (ESPN article) (LGBTQ, see Aug 18; North Carolina, see Sept 16)

Bunning ordered the state to pay $222,695 in fees to the attorneys of two same-sex couples and others who sued Davis for refusing to give them marriage licenses. He also awarded $2,008.08 in other costs. Bunning said the county and Davis herself did not have to pay.

July 21, 2015: New York City reached a settlement with an Occupy Wall Street protester who was pepper-sprayed and arrested by a city police officer during a peaceful demonstration in 2011.

Debra Lea Greenberger, a lawyer representing protester Kelly Schomburg confirmed that the city agreed to settle the suit for $50,001, in addition to yet-to-be-determined legal fees.

Ms. Sanger, a public health nurse who opened the first birth control clinic in the United States in Brooklyn in 1916, had long been lauded as a feminist icon and reproductive-rights pioneer, but her legacy also included supporting eugenics, a discredited belief in improving the human race through selective breeding, often targeted at poor people, those with disabilities, immigrants and people of color.

“The removal of Margaret Sanger’s name from our building is both a necessary and overdue step to reckon with our legacy and acknowledge Planned Parenthood’s contributions to historical reproductive harm within communities of color,” Karen Seltzer, the chair of the New York affiliate’s board, said in a statement. [NYT story] (next WH, see January 12, 2021)