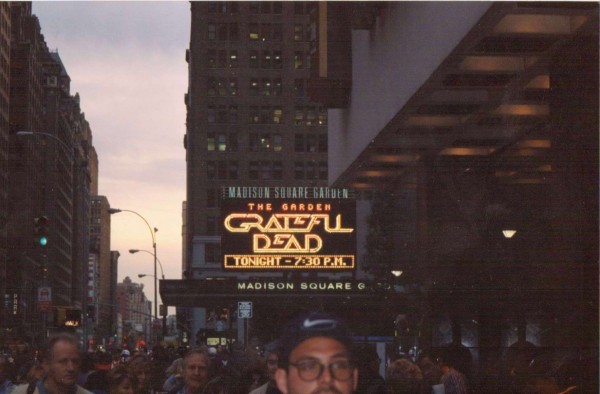 They played more often at only two other venues: Winterland, (60 times) and the Oakland-Alameda County Arena (66 x)

The first Garden show was rescheduled from November 30, 1978 and thanks to the ever vigilant Deadheads, we know the set list:

And like pretty much every Dead show, fans were there to tape it. Bob Wagner’s (transferred by the legendary Charlie Miller) is a great audience recording which the amazing Internet Archive has for you to listen to: AUD of show

AUDs sometimes have their clicks and gaps, but they can can be more fun to listen to than a soundboard recording because, if well done, you are right there with band’s sound.

The Dead also played the Garden the next night, a common occurrence.  And only Good Lovin’ was repeated. Another common feature of the ever-changing Dead setlists.

Here’s a link to the entire list of MSG Dead shows. How many did you attend?