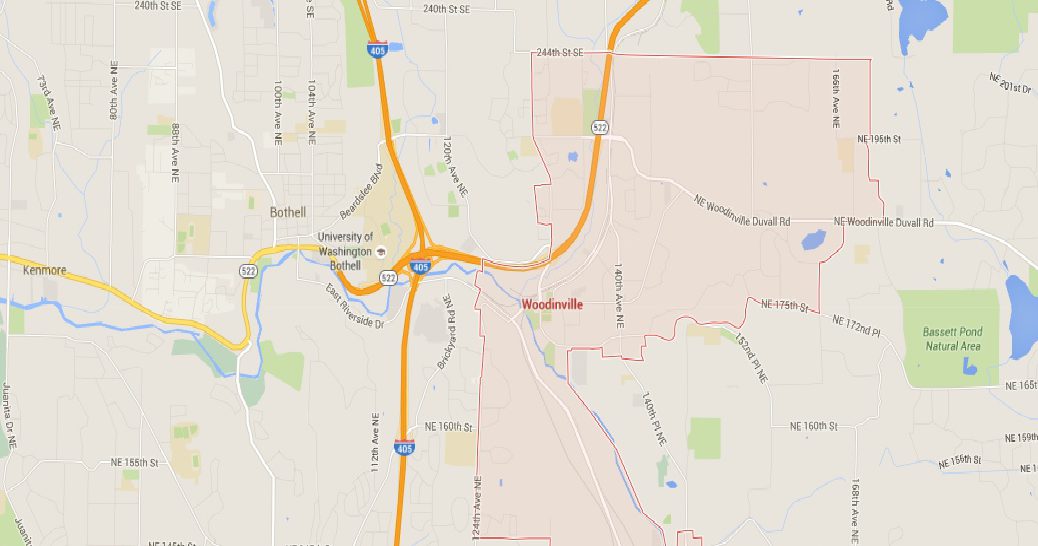 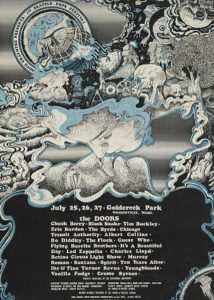 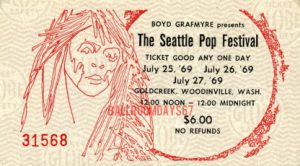 Another 1969 summer weekend. Another 1969 festival. The Seattle Pop Festival was the 25th festival of that year (at least as I keep finding new ones to add to the list). And like the event named Woodstock that was not in Woodstock, this Seattle event was not in Seattle.

The lineup was a good one and if 400,000 people had shown up, if it had been in New York, and if Boyd Grafmyre, its organizer, had filmed and recorded it, we’d know even more about it today. Alas those “ifs” are mainly “nots.” 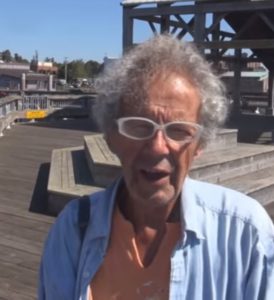 Boyd had attended the Monterey Pop Festival in 1967. It inspired him to do the same in Seattle two summers later. According to Grafmyre, there were 30,000 attendees on first day, 60,000 the second day, and 90.000 on day three. 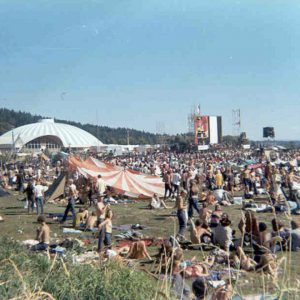 It must have been nice to see your favorite bands more than once at the same venue the same weekend.

According to the Invisible Theme Park site, the following were notable characteristics about the Seattle Pop  Festival: