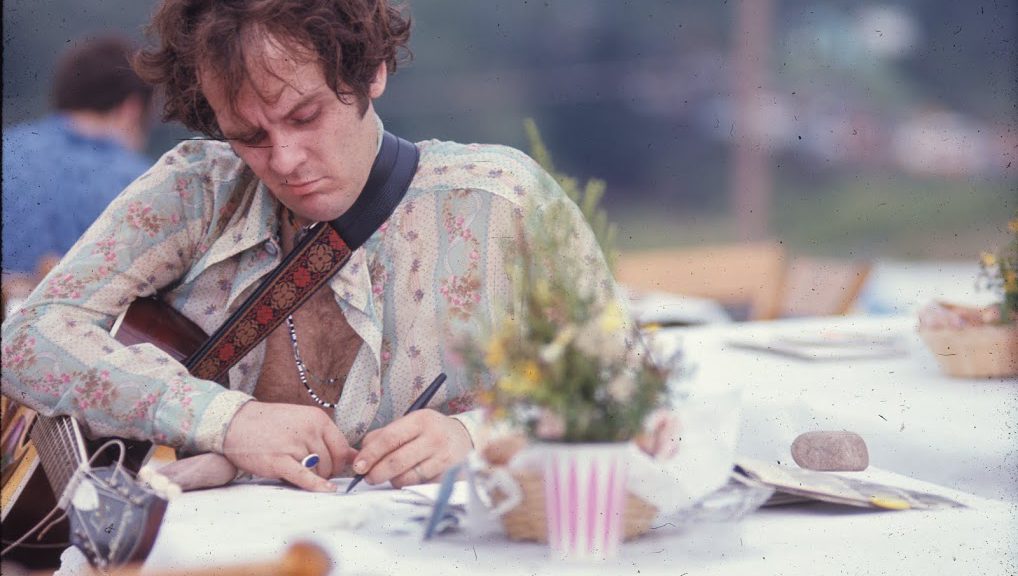 Not the same collection of events in every singer-songwriter’s resume, but familiar enough to merit a nod of recognition.

Many received the Village’s golden touch of success. Many. Not all.

Hardin didn’t feel that tap, surprising to others who knew him, loved his songs, and his talent.

At at time when composers were telling their tale with longer and more elaborate songs (Mr Dylan’s “Like a Rolling Stone” a prime example), Tim Hardin typically stuck with the short: verse > chorus > verse format.

Those whom Woodstock Ventures invited to their festival and art fair in Bethel, NY ranged from the little known to the famous. “Little known” to some, but loved by many. Hardin was of the latter. Bob Dylan reportedly described Hardin as, ““the greatest songwriter alive.”

Many wonder what it was like to be in that crowd of 400,000 on Max Yasgur’s 40 acre field, but few ask what it was like to perform in front of that throng. For Hardin the challenge was initially too great a burden and Richie Havens famously filled in.

Hardin did later perform in that day’s gloaming. His short songs filled his short set:

Left out and off

Not appearing on the Woodstock album, nor the movie, addiction, and sometimes leaving the country to seek medical help kept Hardin out of the public eye for years. The New York Times described him in a 1976 show, “he is a nervous, self‐absorbed performer who phrases in a wildly unpredictable manner. Sometimes his improvisations are exciting, but sometimes they are simply aimless.”

Hardin died four years later on December 29, 1980, 6 days after his 39th birthday. His addiction finally killed him, but his songs continue to inspire.