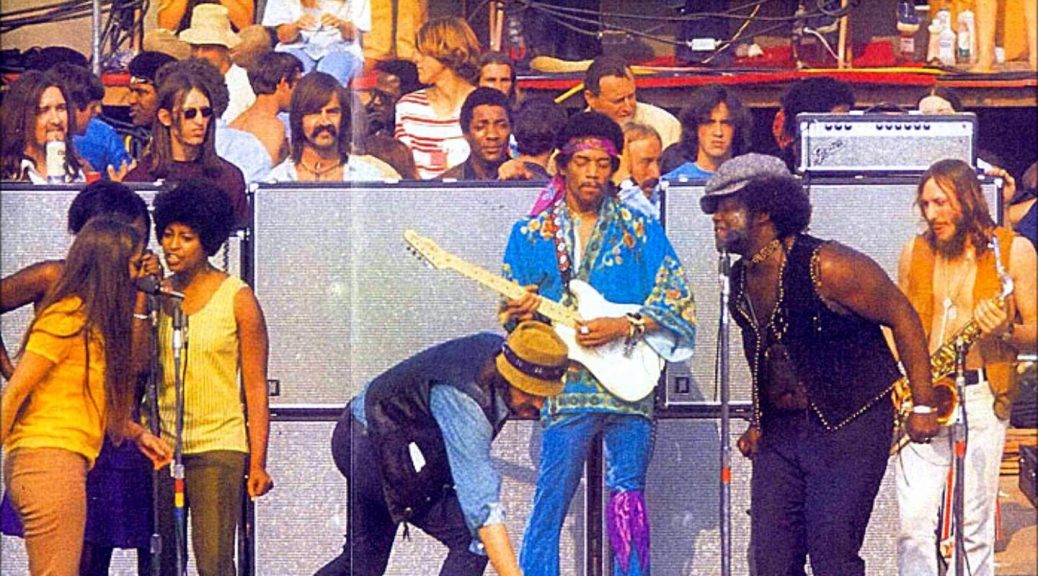 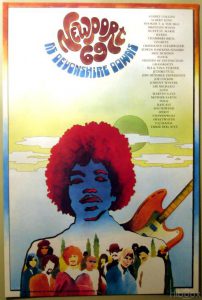 The Newport 69 Pop Festival was held on the Devonshire Downs fairgrounds and racetrack in Northridge, California. 24-year-old Mark Robinson organized it . Headlined by Jimi Hendrix, the line-up for the three-day event was impressive. One could easily argue that the line-up was as good as the famed Woodstock would be in less than two months. I have underlined those who would be there as well.

And as I have frequently mentioned, Johnny Winter played at yet another summer 69 festival. Jimi Hendrix appeared twice because of a disappointing Friday performance.

Lined up to play

According to an article from laobserved.com, Robinson, “had so many commitments, he had to turn some down, including a legendary band. ‘Grateful Dead wanted to get in, but I didn’t have room. They called several times. I felt bad. I just couldn’t squeeze them in. They made it big after that.'”

Why isn’t this festival as well-known then? Again Robinson, ““Woodstock was a free music festival where people camped out on a New York farm for days. It rained, and people stayed, and that aspect of it became a national news story,”

Rolling Stone magazine told a different story a week after the event. The headline read: Crashers, Cops, Producers Spoil Newport 69. Part of it’s review read: Because of this violence, and perhaps as much as $50,000 in damage done to neighborhood homes and businesses, the Los Angeles police commission has launched a full investigation. It could result in new city policies on the granting of concert permits and certainly means there will never be another rock festival held here.

The violence referred to was what happened outside the enclosed concert area on the event’s third day. Here’s the article’s description:

The kids threw bottles and rocks and the police randomly slashed out with batons, causing blood to stream freely. (Those injured were as young as 14.) Teenagers swarmed across a nearby shopping center, causing nearly $10,000 in damage to two gas stations, an equal amount of damage to apartment houses, another $1,500 worth of vandalism at a grocery store. While police demonstrated a sure-fire way of halting a kid – approach him at a dead run, grabbing him by the back of the neck, slamming him head first into a parked car; then club him when he’s down.

Inside on site, things were too tight. Rolling Stone describe those inside: They were not aware of the bloody violence erupting outside the gates. For them there was only the last logjam of humanity that made the festival like attending a high school reunion in a closet.

The New York Times had a similar take on the event:

On June 19, Woodstock Ventures had met with Wallkill, NY officials regarding the upcoming festival. The officials laid out their three main concerns:  1. traffic control,   2. sanitation, and 3. water supply.

One imagines that security was added after reading about Newport 69.

Glenn Archambault sent these observations to me: There was a huge number of cameras and press at Devonshire downs, but little got saved of pictures and the  music. What were we thinking! Janis Joplin was on stage, but wasn’t on the list to play. She said Hi to the crowd but no one snapped a picture?
Woodstock and Devonshire Downs had a lot in common, many of the same bands. Some of the people on the stage  at Devonshire went to Woodstock. Most of the crowd was well behaved, not nearly as bad as the press said.
A big memory, I had worked on stage for other companies, Pinnacle Productions Shrine auditorium downtown LA, but when we got going first up Ike and Tina Turner revue, I looked out at the vast crowd, never seen so many people, and  no one had ever tried to play something this big, sound system was short of tens of thousands of people in the back.
All the bands, management, stage crew, we worked like mad to pull that off, still can’t believe we did it!
Thanks!