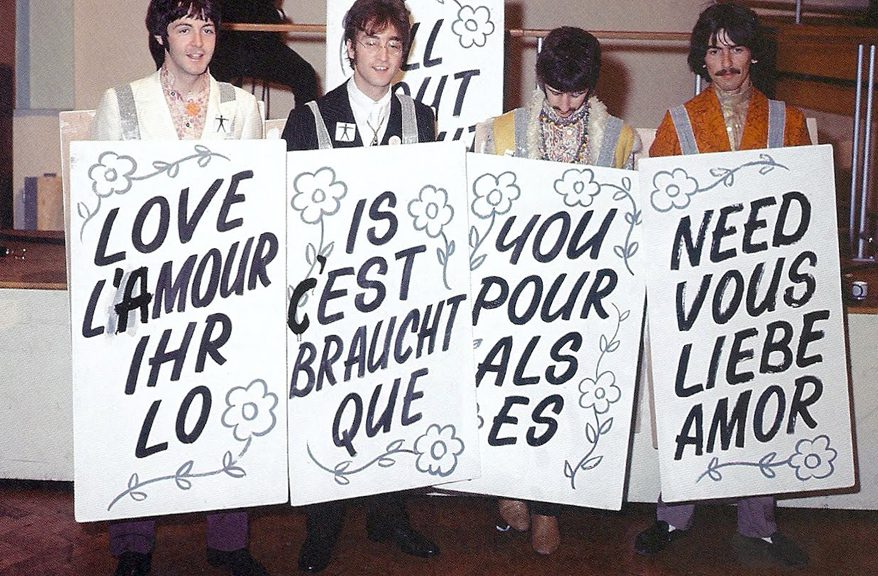 In 1967  what we watched on TV was mainly local other than the evening shows on the major networks. Cable TV was still in its infancy.

Yet the idea that everyone in the world could watch the same live TV program at the same was not new. The main problem was the technology and organization to do so.

Technology was no longer a hurdle. Aubrey Singer, a British Broadcasting Corporation producer, took on the organizational issues.

19 countries were lined up to participate but five Soviet bloc countries [Czechoslovakia, Poland, East Germany, the Soviet Union, and Hungary] withdrew just before the broadcast in protest for the Six-Day War.

Those who did participate were:

Each country would contribute its own piece. No politicians. No heads of state. A live broadcast. Interpreters for each country’s contribution.

In the end, the broadcast went to 24 countries and an estimated 400 to 700 million people watch.

Some of the segments included:

As selfish as I am, I am mainly concerned with the UK’s contribution: the Beatles. They had been asked to contribute a song.    Paul suggested their recent released “Hello Goodbye” but a new song came instead: “All You Need Is Love”.

Although the song lists as usual that it was a Lennon-McCartney composition,  John Lennon wrote it.

They started recording the song on June 14th, with Lennon on harpsichord, McCartney on double bass with a bow, George Harrison on violin (for the first time in his life!) and Starr on drums. (Rolling Stone magazine article)

The single “All You Need Is Love” was released in the UK on July 7 and in the US on July 17. The song hit #1 in both countries.

While the millions of Beatle fans found the show and the performance wonderful, there were some Brits who felt otherwise.