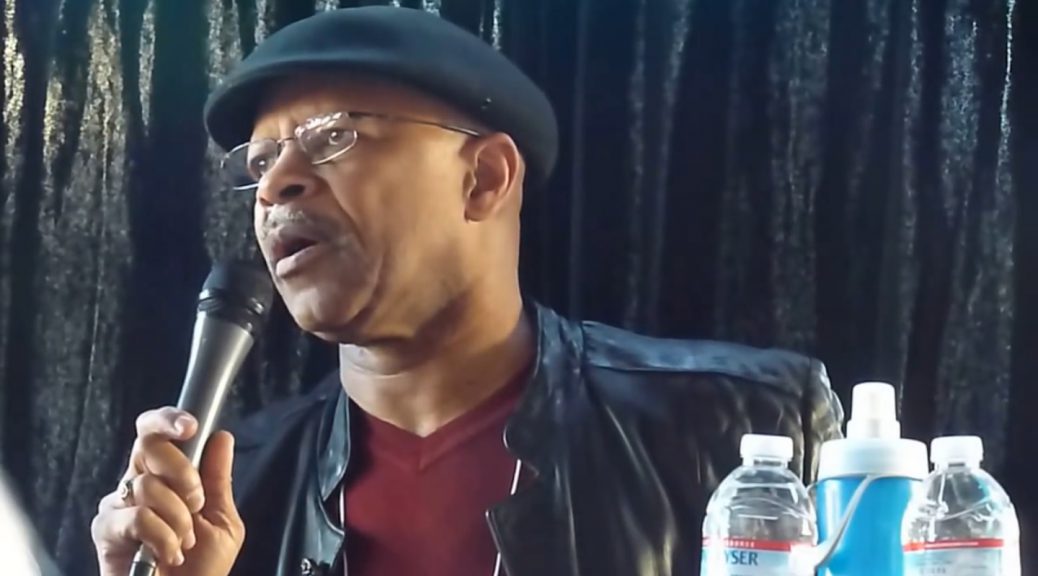 Happy birthday and many more

Freddie Stone, “You’ve Got to Love” from his 2001 Everywhere You Are album

How that Stone family has added to our musical menu for nearly 50 years!

Freddie and the Stone Souls

Frederick Jerome Stewart was born on June 5, 1947 in Vallejo, California and grew up there until he moved to San Francisco in 1965.

According to his web site’s bio, “Freddie studied music theory and composition, and acquired skills on many of the wind and string instruments.”

He later formed Freddie and the Stone Souls,  a top 40 hits band that played in nightclubs, dances and private parties.

In 1967, Freddie and his older brother, Sly , decided to join their bands and Sly & The Family Stone was born.  The original members were sister Rosie Stone,  Cynthia Robinson, Gregg Errico,  Jerry Martini, and Larry Graham. They were Rock’s first integrated, multi-gender band.

The band had limited early success, but “Everyday People” put them on the map. Their rousing performance at the Woodstock Music and Art Fair put them on the triple album, in the movie, and onto continued success until Rock’s potholes dented this magnificent musical machine.

By the mid-70s those disruptions had begun to slice the band apart. At at point, according to Freddie, “…I was on stage and realized that I don’t wanna do this anymore. Reality seemed to slip in. I was playing a song and I realized all of a sudden, how out of key everybody was and it seemed like nobody could tell it. People in the audience were holding up weed asking us if we wanted some more weed. We were all loaded and when I came down, I realized that we were all playing off key and when that happened I just said I’m done, I’m through.” (Interview link)

Following the death of sister and band mate Cynthia Robinson, Freddie was part of a celebration concert.