The opening continues a little more and then Gregg Rolie tells us that he has a black magic woman who’s trying to make a devil out of him.

Gregg Rolie grew up in Palo Alto, California. Prior to Santana, Rolie played with a group called William Penn and his Pals while attending Cubberley High School in Palo Alto.

After graduating, he met Carlos Santana through a friend who’d heard Santana play at Bill Graham’s Fillmore in San Francisco on a “locals” night.  Rolie tells a story that the first time he and Santana played together they heard police arriving and ran out and hid in a tomato patch.

Such are some beginnings.

They formed the Santana Blues Band, later simply called Santana. The band’s appearance at Woodstock [at manager Bill Graham’s insistence], on the soundtrack, and in the movie lit the fuse that sent them into international orbit with all its enticements and dangers.

Rolie’s journey lasted only two more years. In 1971 he left the band. In his words, “It just got to everybody. But at the same time, the one thing that we had in common was the music and that drive for the music. We did not know each other all that well so when the music faltered, we didn’t know how to express to each other what was going on, going wrong, or why.” [from > Herald Paris interview]

In 1973 with Santana guitarist Neal Shon, Rolie joined the newly formed Journey. Rolie was the band’s keyboardist and regularly did vocals.

Rolie left Journey in 1980 and did solo work until 1991 when he formed The Storm. In 1998, Rolie and other former members of Santana, including Neal Schon, briefly reunited as Abraxas Pool.

With Santana, Gregg Rolie was inducted into the Rock and Roll Hall of Fame in 1998. And he was inducted again in 2017 as a member of Journey.

Here is a link to a Keyboard Magazine interview with Rolie from April 5, 2017 about his second induction.

According to his site, Gregg is a proponent of music education for children. In 2005, he signed on as an official supporter of Little Kids Rock, a nonprofit organization that provides free musical instruments and instruction to children in underserved public schools throughout the U.S.A. He sits on the organization’s Honorary Board of Directors. 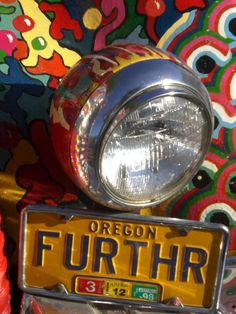 sound from the trailer for “Magic Trip”

When did the 60s–“those” 60s–begin? Not with Elvis Presley’s return from the Army and becoming a movie actor. Not with JFK’s Camelot: neither its captivating start nor tragic end. Not even with the Beatles USA arrival.

Ken Kesey was a writer who participated in the US Government’s top secret 1950s Project MKUltra. At a time when the fear atomic warfare between us and the Union of Soviet Socialist Republics dominated our daily consciousness, any way of stopping such an apocalyptic war seemed reasonable.

The idea was that human drug testing might help us get their spies to reveal secrets and to keep our spies from revealing secrets. Our sensible aim, our necessary aim was to learn how to strengthen, to weaken, or to demoralize.

LSD was among the various drugs given to him and Kesey found that it seemed quite enlightening, enjoyable, and even entertaining. Legal still, he and Ken Babbs helped form the Merry Pranksters who used LSD recreationally.

One Flew Over the Cuckoo’s Nest

Kesey was also a successful writer having landed in 1962 on best seller lists with One Flew Over the Cuckoo’s Nest.  His next novel, Sometimes a Great Notion (1964) required his presence in New York City. And 1964 meant the start of the New York World’s Fair. What better way to get to New York and its Fair than do a cross-country trip (literally and figuratively) with friends, i.e., the Merry Pranksters?

They bought a 1939 International Harvester school bus, decorated it, named it Further (or Furthur), built an observation turret on top, and installed a sound and recording system. Neal Cassady was the bus driver and scenery docent.

They left their base in La Honda, California on June 17, 1964. They only traveled 40 miles their first day due to a mechanical (actual, not figurative) problem that temporarily stalled them.

The Pranksters’ trip was a living art project, performance art. They stopped regularly to visit friends or experience the world through LSD. On the east coast and New York, they visited fellow LSD aficionado Dr Timothy Leary in Millbrook, NY. The Pranksters’ west coast approach to LSD and the more academic east coast approach did not meld and the two camps left with no detente.

The best-known account of the whole Prankster scene and Furthur’s journey is Tom Wolfe’s Electric Kool-Aid Acid Test.  The Pranksters themselves did film their trip, but understandably the visual and sound were rarely coordinated. It was not until 2011 that the movie Magic Trip, with overdubbings, revealed the trip’s many interesting facet.

The Acid Tests began back in California after the Pranksters’s return. The Warlocks–soon to be the Grateful Dead–were the house band. Thus began that amazing partnership between hallucinogenics and music.

The last official acid test was its graduation on October 31, 1966. Kesey went to jail for 6 months shortly after.

The last trip that the original Furthur made was to the Woodstock Music and Art Fair in 1969.  The bus returned to Oregon and the colorful bus and melted into its damp shady resting place. [NYT obit for Kesey] 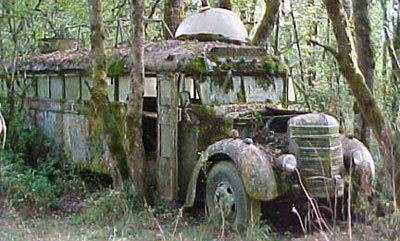 I had originally written here: For the 45th anniversary of Woodstock, the new generation of Pranksters, including Kesey’s son Zane, created a new Furthur and crossed the country. On August 15 the Pranksters visited Bethel Woods Center for the Arts.

One of the comments below by a Zane (the son?) suggested a correction and said:

The new bus was created by Ken in 1990
The Merry Pranksters had MANY trips in the new bus.
Zane drove the new bus to NY and around for the 50th anniversary of the 1964 bus trip. Going to Woodstock wasn’t even on our schedule, We went there because something else fell through.

Of course by Woodstock, the comment means Bethel, NY. It is odd  to me that Woodstock/Bethel was not on the schedule, but…