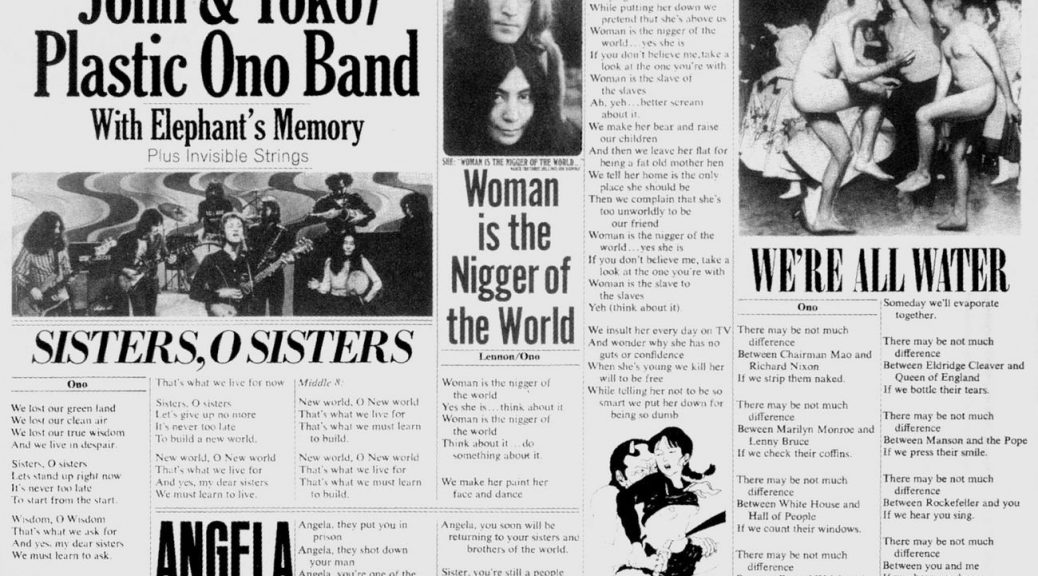 Life after the Beatles

The last Beatle album, Let It Be, was  already more than two years old. Each of the individual Beatles had been active since the breakup. Elvis met President Nixon and asked for a badge to be a drug czar. The FBI was investigating Lennon to back up a plan to deport him.

Life for John Lennon and Yoko Ono had become political. It is no surprise that Some Time in New York City happened.

Ironically, Lennon pursued this political avenue at the same time that traditional political singers such as Joan Baez and Judy Collins had moved away. No matter.

The album was not a subtle one and smacked us right in the face with its first track: “Woman Is Nigger of the World.” To say some stations wouldn’t play it is an understatement.  The National Organization for Women awarded Lennon and Ono a “Positive Image of Women” citation for the song’s “strong pro-feminist statement” in August 1972.

The album cover resembled a newspaper with articles reflecting the songs. I’m sure the picture of President Nixon and Chairman Mao dancing nude didn’t help get Lennon off of Nixon’s Enemies List. 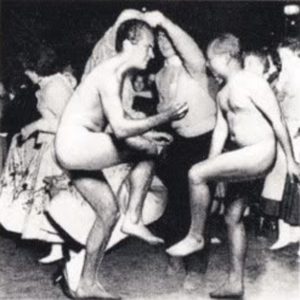 Some Time in New York City

It was a double-album with the second disc live material. The studio tracks were the main statements. All were co-written by Lennon & Ono except where noted:

Yoko Ono’s influence, presence, and art continued to rankle some fans and critics. Even today it seems de rigueur and reflexive for many to mock and demean her at the mention of her name .

Rolling Stone magazine still held powerful sway over what fans felt. Stephen Holden’s July 20, 1972 review read in part, ““except for ‘John Sinclair’ the songs are awful. The tunes are shallow and derivative and the words little more than sloppy nursery-rhymes that patronise the issues and individuals they seek to exalt. Only a monomaniacal smugness could allow the Lennons to think that this witless doggerel wouldn’t insult the intelligence and feelings of any audience.”

Time has been kinder than Holden, but still few today think of this work as Lennon’s best. [All Music review] [Ultimate Classic Rock review]

Having said that, Lennon on a bad day is far better than nearly all of us on any day.