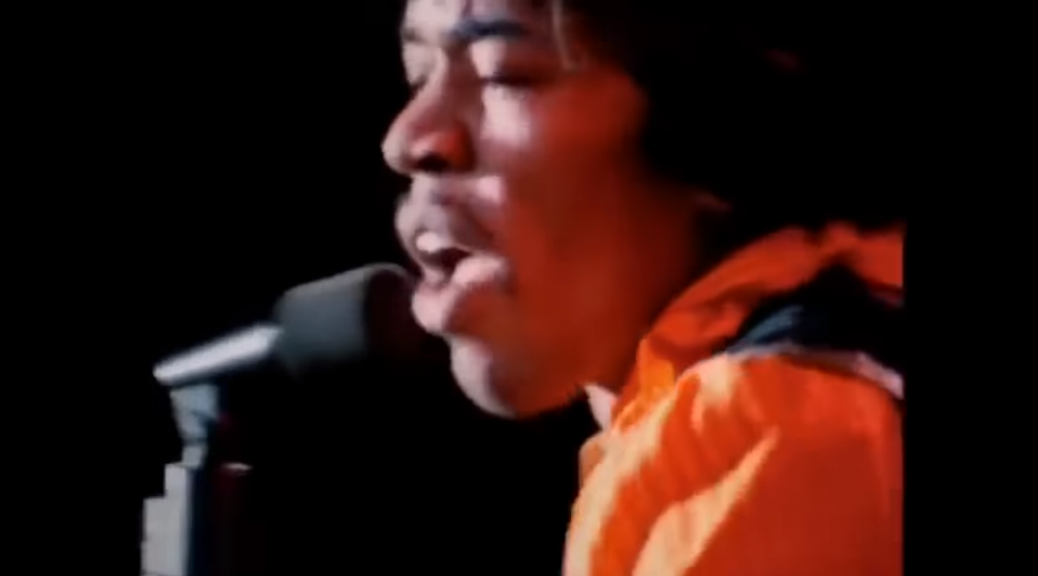 June 18, 1967. It was day 3 of The Monterey International Pop Festival. The first day had included Simon and Garfunkel, Eric Burdon and the Animals. The second day included future Woodstock performers Canned Heat, Country Joe and the Fish, Jefferson Airplane, Janis Joplin with Big Brother and the Holding Company, and the Butterfield Blues Band (I wonder how much those bands being part of Monterey influenced Woodstock Ventures to include them two years later?).

The third and final day’s lineup included Big Brother again because the organizers really wanted Janis in the film they were making and had finally convinced the band to let them film their performance. Other future Woodstockers were The Who, Ravi Shankar, the Grateful Dead.

Few if anyone realized what they would witness that evening. The crowd may have seen the name Jimi Hendrix Experience listed, but like someone today seeing the name The Paupers,  the name rang no bells.

Hendrix’s stateside story had been one as a sessions musician and briefly in Greenwich Village fronting his own group. His fortuitous move to England under the wing of Chas Chandler unlocked the door to success. The Beatles were also instrumental: Jimi Hendrix Plays Sgt Pepper.

Selecting one of those songs, “Hey Joe,” one sees encapsulated what left the crowd lost in amazement. Had they ever witnessed another performance anything like this?

The outfit, the hair, the upside down guitar, gum-chewing, the swagger, how those fingers moved, how that tongue stuck out and wiggled, those teeth played the guitar, behind the back, how that guitar became a phallus, and by the way, the Mitch Mitchell‘s demonic drumming and Noel Redding’s bass playing pulling us into this maelstrom.

Here is the video of “Hey Joe.”

And if that weren’t enough, the set closes with destruction. We’d seen The Who smash things up. Some of us already knew about that so it was cool, but no surprise, but setting a guitar of fire? Who is this and where am I?

While Hendrix was lucky enough (as were the other performers) to have his performance well-filmed and recorded, there were other still photographers there, too.

Ed Caraeff was only 17 when he took his iconic photo of Jimi Hendrix setting his guitar on fire at the 1967 Monterey International Pop Music Festival.

In Caraeff’s book, “Burning Desire: The Jimi Hendrix Experience Through the Lens of Ed Caraeff,” the he brought together never-before-seen images from the two years he spent shooting Hendrix’s performances.