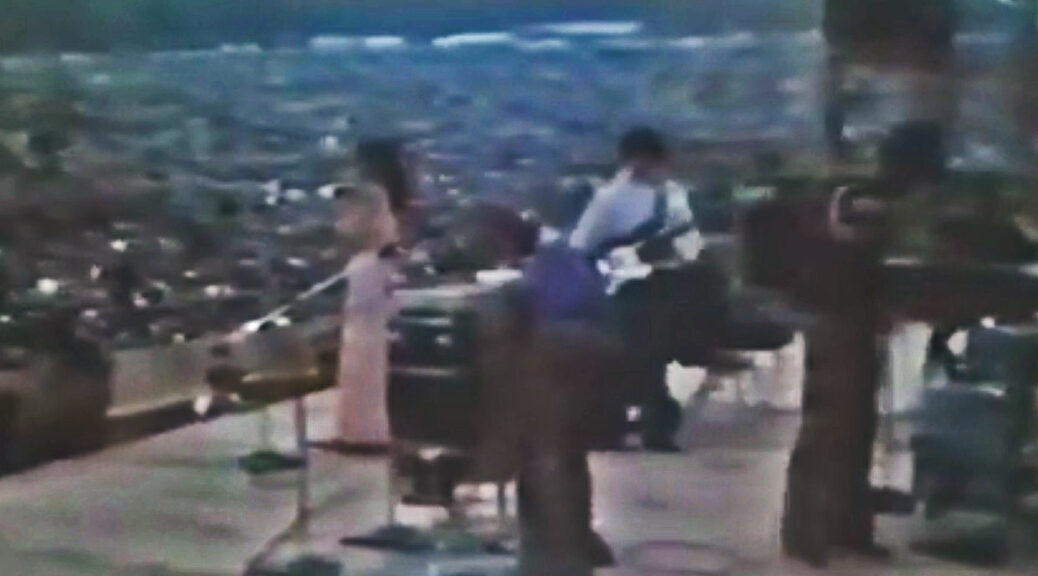 Richie Havens had jumped started Woodstock and the second performance  there, following  Sri Swami Satchidananda‘s convocation, was the band Sweetwater who’d been stuck in traffic.

Their set began around 6:30 PM and were on stage about an hour. An interesting piece of trivia about the band was it had no guitarist.

Nanci Nevins describes For Pete’s Sake  as a bosso nova blues. It is an instrumental and was their third single released on June 18, 1969.

Also heard is the sound of a helicopter in the background. it is no Woodstock Haze that that sound was often part of the whole experience.

One thought on “Sweetwater Woodstock”