September 17, 1630: the Virginia Assembly sentenced Hugh Davis, a white man, to be whipped for having a relationship with a black woman. According to records, the Assembly asserted that Mr. Davis “abus[ed] himself to the dishonor of God and shame of Christians, by defiling his body in lying with a Negress.” Mr. Davis was sentenced to public whipping in front of an audience of black people, which some historians argue was intended to serve as an example to the black population. [EJI article] (see March 8, 1665)

September 17, 1858: Scott did not live very long to enjoy his freedom. He died of  tuberculosis less than two years after he achieved freedom. (see Dred Scott for expanded story; BH, see February 14, 1859)

September 17, 1957: jazz musician Louis Armstrong angrily announced that he would not participate in a U.S. government-sponsored tour of the Soviet Union. Armstrong was furious over developments in Little Rock, Arkansas, where mobs of white citizens and armed National Guardsmen had recently blocked the entrance of nine African-American students into the all-white Central High School. [2007 NYT article] (BH, see Sept 25; CW, see Nov 7)

September 17, 1971: the Weathermen launched a retaliatory attack on the New York Department of Corrections, exploding a bomb near Correctional Services Commissioner Russell G. Oswald’s office. The communique accompanying the attack called the prison system ‘how a society run by white racists maintains its control,’ with white supremacy being the ‘main question white people have to face'” and saying that the Attica riots are blamed on Gov. Nelson Rockefeller. (NYT article) (BH, see Oct 2; APR, see December 30, 1976; WU, see January 29, 1975)

September 17, 1868: at a New York convention of the National Labor Congress, Susan B. Anthony called for the formation of a Working Women’s Association. As a delegate to the Congress, she persuaded the committee on female labor to call for votes for women and equal pay for equal work, but male delegates deleted the reference to the vote.

In 1869 first national female union was organized, Daughters of St. Crispin. It held a convention in Lynn, Massachusetts and elected Carrie Wilson as president. [Wikipedia article]  (next LH, see Jan 5)

In 1870: Gage researched and published “Woman as Inventor.” In it, Gage credited the invention of the cotton gin to a woman, Catherine Littlefield Greene. Gage claimed that Greene suggested to Whitney the use of a brush-like component instrumental in separating out the seeds and cotton. [Gage provided no source for this claim and to date there has been no independent verification of Greene’s role in the invention of the gin. However, many believe that Eli Whitney received the patent for the gin and the sole credit in history textbooks for its invention only because social norms inhibited women from registering for patents.] (Gage, see “in the 1970s)

In the 1870s: Gage wrote a series of articles speaking out against United States’ unjust treatment of American Indians and describing superior position of native women. “The division of power between the sexes in this Indian republic was nearly equal,” Gage wrote of the Iroquois. In matters of government, “…its women exercised controlling power in peace and war … no sale of lands was valid without consent” of the women, while “the family relation among the Iroquois demonstrated woman’s superiority in power … in the home, the wife was absolute … if the Iroquois husband and wife separated, the wife took with her all the property she had brought … the children also accompanied the mother, whose right to them was recognized as supreme.” “Never was justice more perfect, never civilization higher,” Gage concluded. (next Feminsim, see February 3, 1870; NA, see June 18; Gage, see May 10, 1876)

September 17, 1931: RCA Victor demonstrated the first long-playing record, a 33 1/3 rpm recording, was demonstrated at the Savoy Plaza Hotel in New York. The venture was doomed to fail however due to the high price of the record players, which started around $95. [Vinyland article] (see Nov 26)

Barry McGuire, the former lead singer for the New Christy Minstrels, recorded the song, and in late August, his record had begun to appear in the pop charts. Within a few weeks, it had reached Number 1, and then began to fade. Protest had seemingly become fashionable. Sloan would later recall,  “The media frenzy over the song tore me up and seemed to tear the country apart,”. Josh Dunson, a member of the Broadside group, interpreted the broader impact: ‘Eve of Destruction’ is the first protest song dealing in specifics to reach the non-college-educated sector of the population. It is awkward and full of holes, but the earnestness with which it was bought by hundreds of thousands and blocked by dozens of stations might indicate a large segment of the young population other than college students is dissatisfied with our war policy abroad and double standard at home. [2017 Time article] (see Sept 24)

September 17, 1967: The Doors appeared on The Ed Sullivan Show and performed “Light My Fire”. Sullivan had requested that the line “Girl we couldn’t get much higher” be changed for the show. Jim Morrison agreed, but ended up performing it the way it was written and The Doors are banned from the show.

Musical Cultural Milestone: The Who

September 17, 1966: that same night The Who appeared on The Smothers Brothers Comedy Hour. They played 2 songs, “I Can See For Miles” and “My Generation”. At the end of “My Generation”, Pete Townshend started smashing his amp and Keith Moon had his drum set rigged to explode which did cut Moon’s leg & singed Pete Townshend’s hair, along with doing damage to Townshend’s hearing. (Rolling Stone magazine article)(next CM, see October 2, 1967; see Who for expanded story) 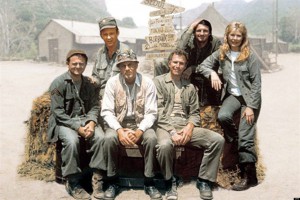 September 17, 1983: Vanessa Williams became the first African American Miss America. Midway through her reign, on July 23, 1984, Williams relinquished her crown due to controversy over nude photographs of her that appeared in Penthouse magazine.  [2017 Washington Post article] (see July 19, 1984)

September 17, 2015: police reported that Saeed Naeem Khan, who was a public prosecutor in the Malala Yousufzai attack case, escaped an attempt on his life on in Saidu Sharif in Swat district. (Feminism, see Dec 3; Malala, see April 10, 2017)

September 17, 1998: videotapes appear of the voluntary euthanasia of Thomas Youk, 52, who was in the final stages of Amyotrophic lateral sclerosis. (see JK for expanded story)

September 17, 2011, Occupy Wall Street began. Approximately one thousand protesters marched on Wall Street in response to high unemployment, record executive bonuses, and extensive bailouts of the financial system. It was a Saturday and as usual, Wall Street was mostly closed. By the afternoon Zuccotti Park became the central location and camp for the protesters. The “people’s mic” became an effective way to communicate to the large groups, i.e. a speaker talks, those closest to the speaker repeat loudly what is said, those in back of the front repeat again, and so forth. (see Sept 20)

September 17, 2012: from the NY Times: More than 100 arrests were reported on Monday, the first anniversary of the Occupy Wall Street movement, as protesters converged near the New York Stock Exchange and tried to block access to the exchange. (see Sept 26)

September 17, 2013: Judge Shira Scheindlin said she would not put an overhaul of the New York City police department’s controversial stop-and-frisk program on hold because of an appeal. Scheindlin ordered changes after finding the program discriminates against minorities. She said that granting the city’s request would send the wrong signal. (see Oct 31)

September 17, 2014: rejecting free speech arguments from parents, Republican lawmakers, and conservative groups, a federal appeals court refused to reconsider a ruling that found a South Bay high school had the legal right to order students wearing American-flag adorned shirts to turn them inside out during a 2010 Cinco de Mayo celebration.

The 9th U.S. Circuit Court of Appeals let stand its February ruling in favor of Live Oak High School administrators, who argued that a history of problems on the Mexican holiday justified the decision to act against the American flag-wearing students. Officials at the Morgan Hill school ordered the students to either cover up the shirts or go home, citing past threats and campus strife between Latino and white students that raised fears of violence.

A unanimous three-judge panel had found that the school’s actions were reasonable given the safety concerns, which outweighed the students’ First Amendment claims. “Our role is not to second-guess the decision to have a Cinco de Mayo celebration or the precautions put in place to avoid violence,” the judges ruled.

Before Howard took on Hampton University at the AT&T Nation’s Football Classic, Howard University’s cheerleaders took a knee during “The Star-Spangled Banner.” Howard’s players did not kneel, but raised their fists instead. (FS & CK, see Sept 18)

September 17, 2016:  Ahmad Khan Rahimi placed a bomb in a garbage can at the finish line of a United States Marine Corps charity race in Seaside Park, N.J. The race’s start time was delayed, however, and no one was hurt when the bomb exploded.

Rahimi  then traveled to Manhattan from his home in Elizabeth, N.J. pulling suitcases on rollers with each hand. He placed a homemade bomb — packed into a pressure cooker and wired to a flip-phone detonator — on a stretch of the Chelsea neighborhood’s West 23rd Street, busy with pedestrians on a warm Saturday night. The blast from that device sent glass and shrapnel flying and launched a construction waste container across the street. More than 30 people were injured.

He then placed a second bomb on West 27th Street, but a passer-by on edge from the blast four blocks away noticed it and called the police, and the bomb squad took the device away without incidentHe had planned more attacks.

The day after the Chelsea explosion, Mr. Rahimi returned to New Jersey and left a backpack containing six pipe bombs in an Elizabeth, N.J., train station. One exploded after it was detonated by a police robot, but the bombs caused no injuries. (T, see January 10, 2017; Rahimi, see October 16, 2017)