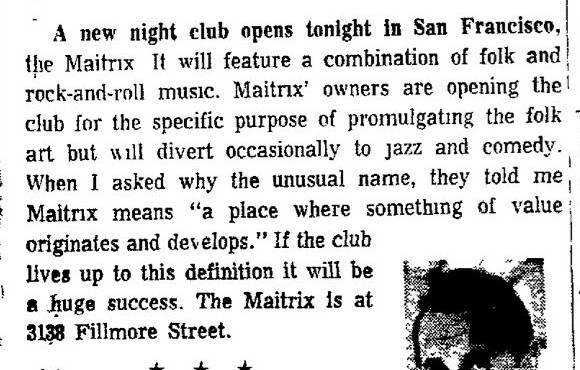 The Matrix was Marty Balin‘s idea.  And a clever idea it was. He converted a pizzeria into a club and used his band, the Jefferson Airplane,  as the house band.

The Matrix became the early hub of what would become the San Francisco Sound, but the venue featured bands from all over during it’s relatively brief life until 1972.

Dozens of unknown upcoming bands played there including:

Later new renters remodeled the space the first Matrix occupied and turned it into a nightclub with only a DJ, and no live music.

Today the space is called the Matrix/Fillmore, evoking the glory days of the San Francisco sound, though there is no live music.

According to the Matrix/Fillmore site the venue is “one of San Francisco’s most intimate, boutique-style music venues where you can enjoy handcrafted cocktails, bottle service and premium champagnes while dancing to a range of dance music, from House to 70s, 80s, 90s genre. Located in San Francisco’s Marina district, MatrixFillmore is also a stylish venue for private corporate and social events.” 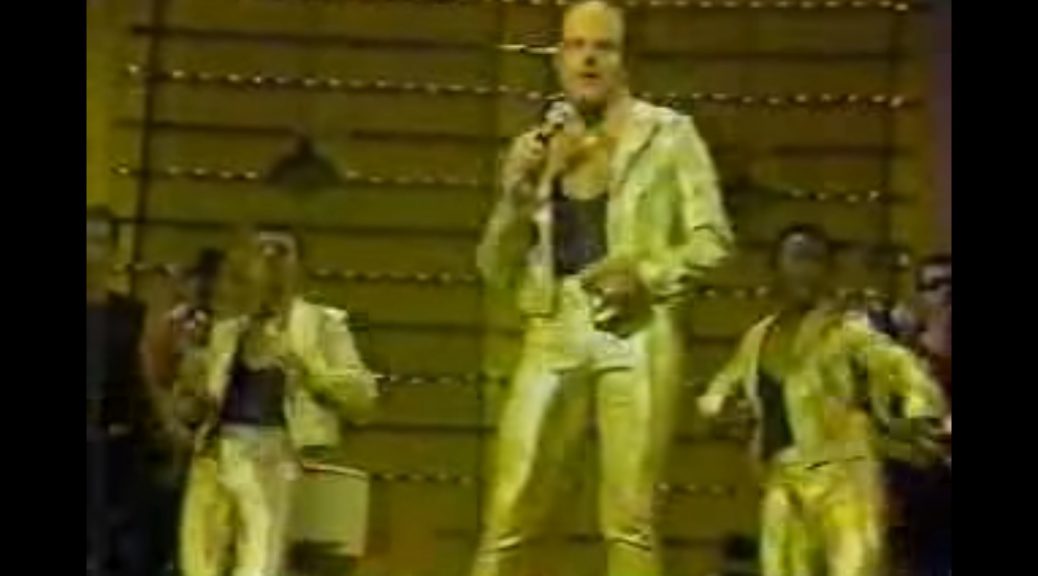 Yes I know. Scott Powell is not a household name. Unless, of course, you are in his house.

Sha Na Na was not a household name at the Woodstock Music and Art Fair either, but that Sunday morning they came out and performed for the many thousands of fans who had stuck it out and awaited Hendrix.

From his site: “ He performed with the group at the Woodstock Festival, Fillmore East and West, in Europe and Japan, on the syndicated television series, Sha Na Na, and in the movies.”

He left the band in 1980 and  returned to Columbia to pursue a career in medicine.

To say that that’s not where many of the Woodstock performers went is an understatement, of course.

Again from his site: Dr. Powell has partnered with MusiCares, the charity arm of the Grammys, to bring free medical care to musicians who cannot afford insurance, at the Pierre Cossette Center at Stetson Powell Orthopedics….  Dr. Powell has been elected to the Board of Directors of MusiCares and serves as Chair of the Health and Human Services Committee.