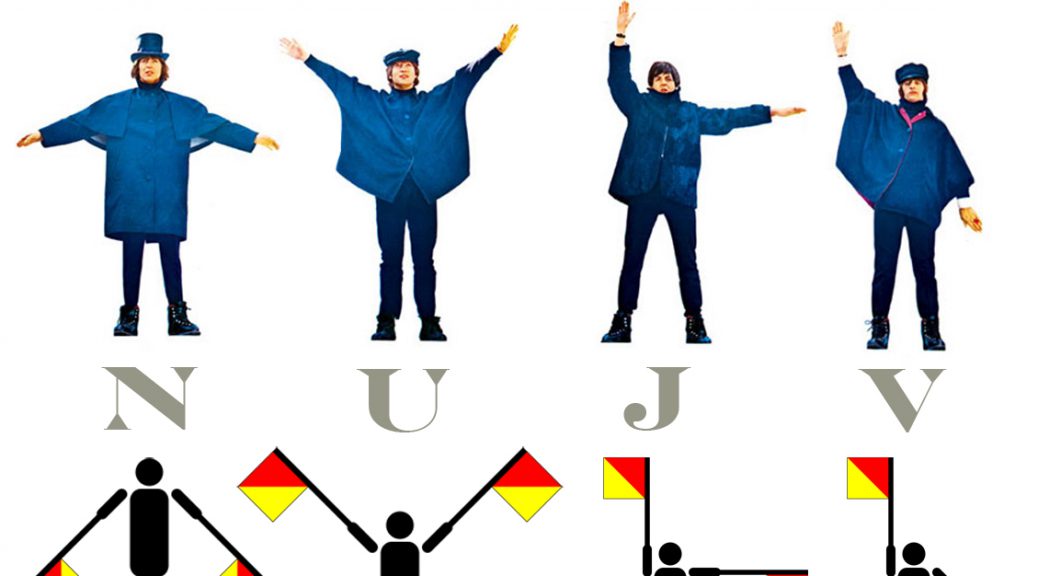 It was mainly the soundtrack to the movie of the same name. The premiere of Help, the movie, had occurred the week before on July 29 at the London Pavilion Theatre. Princess Margaret and the Earl of Snowdon attended. 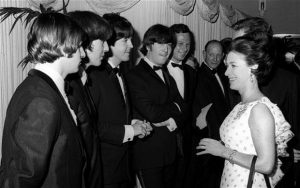 Critics, at the time, did not praise the movie Help! as enthusiastically as they had the 1964 A Hard Day’s Night.

The New York Times Bosley Crowther wrote at the time, “Those royal rock’n’rollers, the Beatles, are making merry in a movie again—this time in a plush and far-ranging color picture entitled “Help!” And the kindliest way to describe it, with malice toward none and charity for all, is to label it 90 crowded minutes of good, clean insanity.”

The first side of Help! featured seven songs from the film. The flip side contained another seven songs.

The North American version was the the band’s eighth Capitol Records album. It included the songs in the film plus selections from the orchestral score composed and conducted by Ken Thorne.

Three other American albums had all of the non-movie tracks from Side 2 of the British album.

Here is the spread:

Though in slightly different poses, the Beatles appear on both covers with arms out at different angles. Clever fans realized that the boys were using semaphore–the flag system that Claude Chappe and his brothers had developed in France in 1790. Letters depend on the arm angles.

Thus to signal the letters to spell help, the person would do the following:

Unfortunately, the Beatles’ arm angles do not spell out H-E-L-P,  but… 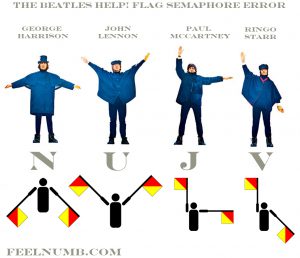