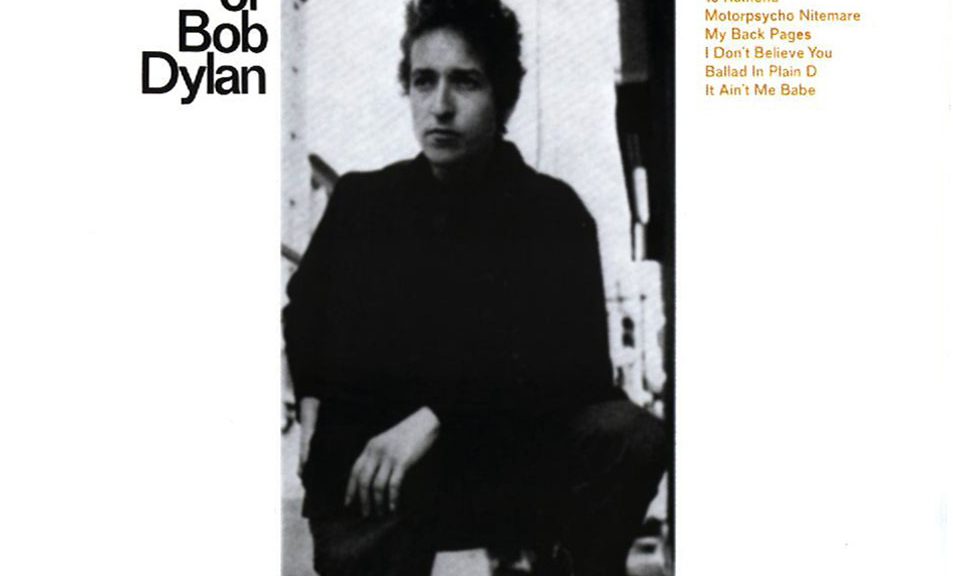 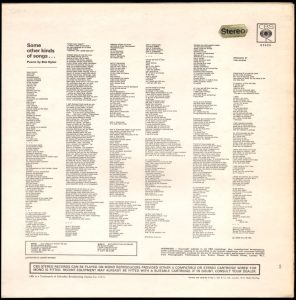 Another Side of Bob Dylan was his fourth album and each one had been a step further in his development. That first album was not really “his” album, he having written only two of the thirteen songs.

This album was all his.

Dylan was changing his tone. He said of this album that “there aren’t any finger-pointing songs.” His style was more poetic than previous works.

He served as pop music’s turn signal. A musician could be much more personal.

It will be at the 1965 Newport Folk that Dylan will take his public step away from folk-protest and go electric. The Paul Butterfield Blues Band will accompany him as well as the Newport boos.

And I thought the song was about some guy tired of farm work.

Think of 1965. By December the Beatles will have released Rubber Soul and when the Beatles changed, bands and record companies followed. The bands perhaps as much as in self-expression as their search for success; the record companies in search of a better bottom line.

1964 Another Side Bob Dylan

When Dylan sang “To Ramona” at Newport in 1965 he introduced the song, he said, “This is called ‘To Ramona.’ Ramona. It’s just a name.”

Today we realize its much more than “just a name.”

Dylan’s relationship with New York City girlfriend and political muse Suzy Rotolo (see Freewheelin’ Bob Dylan) had ended with a 1963 abortion. His ongoing relationship with Joan Baez, who had brought him to the attention of the Newport crowd in 1963, was fading was fading and she was much more than “just a name.”

All Music said the album was, “…one of his very best records, a lovely intimate affair.”

Just do what you think you should do

I’ll come and be cryin’ to you.