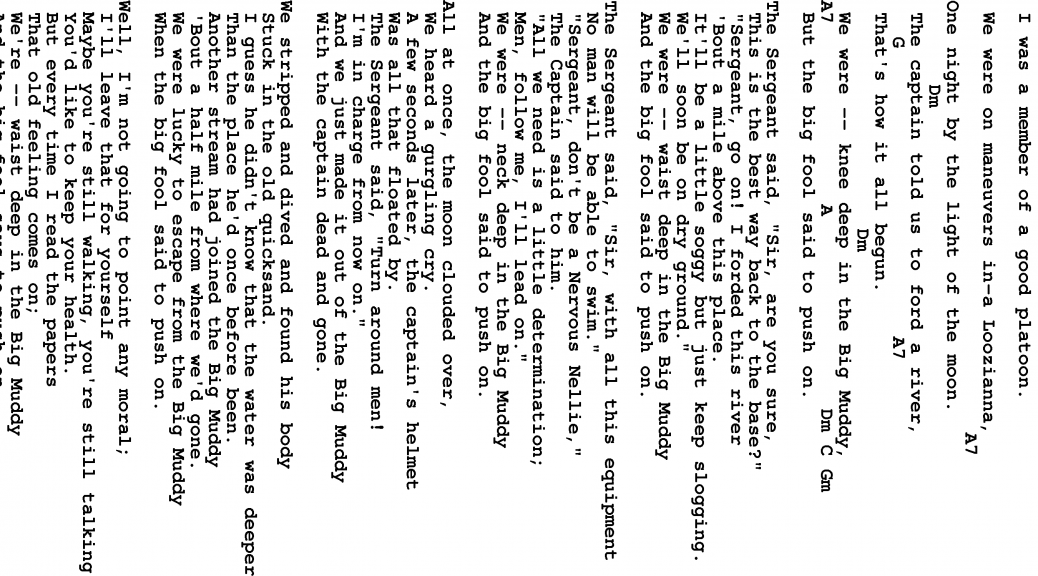 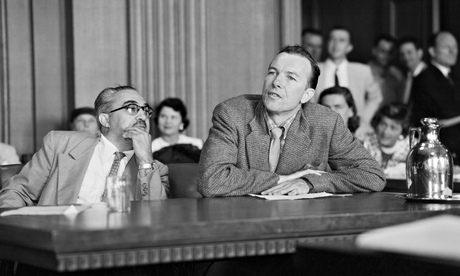 Despite its importance in the Allied victory in World War II, after the war most Americans viewed Communist Soviet Union as a dangerous enemy.

A number of American politicians, most notably Senator Joe McCarthy of Wisconsin, said that many Americans were sympathetic to Communism, worked for Communists, or were  spies for Communists.

In February 1950, McCarthy charged that there were over 200 “known communists” in the Department of State.

Established in 1938, the House on Un-American Activities Committee subpoenaed citizens to testify before Congress about possible or imagined Communist sympathies.

Many felt that HUAC was simply a political tool used by the Republicans. In 1947, HUAC had decided not to investigate the Ku Klux Klan. HUAC’s chief counsel, Ernest Adamson, announced: “The committee has decided that it lacks sufficient data on which to base a probe,” HUAC member John Rankin added: “After all, the KKK is an old American institution.”

That same year, Ronald Reagan, along with his wife Jane Wyman, provided the FBI with a list of names of Screen Actors Guild members they believed were or had been Communists.

On November 24, 1947 the House of Representatives issued citations for Contempt of Congress to the so-called Hollywood Ten—John Howard Lawson, Alvah Bessie, Herbert Biberman, Lester Cole, Edward Dmytryk, Ring Lardner Jr., Albert Maltz, Samuel Ornitz, Adrian Scott, and Dalton Trumbo. They had refused to cooperate at hearings dealing with communism in the movie industry. The men were sentenced to one year in jail. The Supreme Court later upheld the contempt charges.

On September 4, 1949  racists injured more than 140 attendees after a benefit for a civil rights group in Peekskill, N.Y.

The victims were among the 20,000 people leaving a concert featuring African-American Paul Robeson, well-known for his strong pro-unionism, civil rights activism and left-wing affiliations.

The departing concert-goers had to drive through a mile-long gauntlet of rock-throwing racists and others chanting “go on back to Russia, you niggers” and “white niggers.”

On February 6, 1952, a former Communist Party member and now an FBI informant,  named members of the popular folk singing group The Weavers as Communists. Pete Seeger was a member of the group.

Pete Seeger Does Not Testify

On this date, HUAC called Pete Seeger to testify.

Seeger refused to invoke the Fifth Amendment, protecting citizens from self-incrimination. Instead he insisted that the Committee had no right to question him regarding his political beliefs or associations.

HUAC cited Seeger for contempt of court and in March 1961 he stood trial. The court found him guilty of obstructing HUAC’s work. At his sentencing he asked if he could sing, “Wasn’t That a Time”? The judge refused Seeger’s request and sentenced him to a year and a day in prison.

A court overturned the verdict in May 1962. The same week Peter, Paul, and Mary’s cover of Seeger’s “Where Have All the Flowers Gone” hit the top 40 list.

That same year, Seeger used words from the Book of Ecclesiastes to write “Turn Turn Turn.”

Though the Court had overturned his conviction, TV and other media continued to blacklist Seeger. It would not be until September 10, 1967, on The Smothers Brothers Comedy Show that Pete Seeger appeared for the first time on television. It had been 17 years since blacklisting. He sang Waist Deep in the Big Muddy, but CBS dropped the performance when Seeger refused to edit the obviously the song’s anti-Vietnam sentiments.

On February 25, 1968, CBS allowed Seeger to return to the show and sing the song among others.