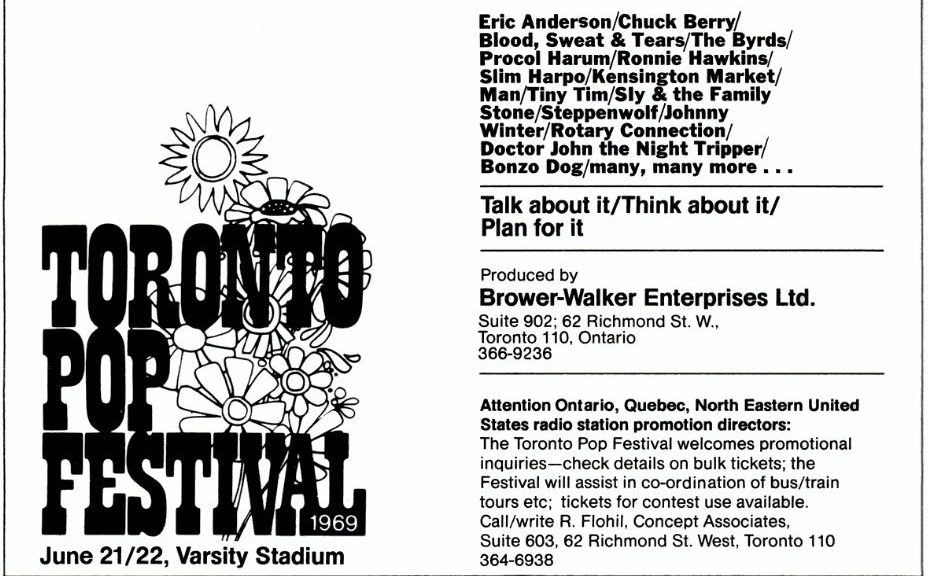 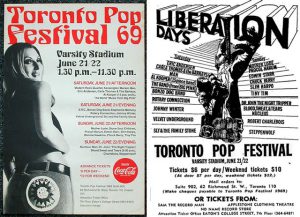 To say “here’s another ‘lost’ festival of the summer of 1969” gets old, but, yes, the Toronto Pop Festival (as opposed to the Toronto Rock and Roll Festival later the same year) is another of the 1969 festivals few have heard of.

The line-up was a good one. How Johnny Winter had the energy to play in Toronto on Friday and then in California on Sunday, I don’t know. I have underlined those who would appear at Woodstock:

A legitimate criticism of Woodstock’s lineup was a lack of black performers. Yes, there was Richie Havens, Sly and the Family Stone, and Jimi Hendrix, but those three were already an accepted part of many white listeners’ collection. For Toronto, Carla Thomas, Edwin Starr, Slim Harpo, and Chuck Berry added styles that Woodstock lacked.

Woodstock had Abbie Hoffman infamously inserting himself in the middle of The Who’s performance. In Toronto a young girl joined Ronnie Hawkins during his performance of “Bo Diddly.”

While Pete Townshend threatened Hoffman, the more genial Hawkins welcomed the yellow-bikinied Jeanne Beker. Her presence was caught on camera by a photographer for The Telegram. Hawkins is in the purple suit.