It’s another one of those days that bursts with music history of all types. Mostly happy.

October 29, 1957: Bobby Helms recorded “Jingle Bell Rock” at the Bradley Film and Recording Studio in Nashville, Tennessee. How many times have you heard this one?

“Smoke Gets in Your Eyes“

October 29, 1958: The Platters released “Smoke Gets in Your Eyes.” Greatest version ever?

October 29, 1961: Bob Dylan performed on Folksong Festival radio show. Be careful. Many of his comments are simply being fun at the expense of host Oscar Brand.

October 29, 1962: The Beatles performed “Love Me Do” and “A Taste Of Honey” for the television program People and Places on Grenada TV. Here’s a 46 second soundbite from the show:

October 29, 1963: The Hollies went into the recording studio for the first time to begin recording their debut album which will be entitled, Stay With the Hollies.

October 29, 1963: The Rolling Stones, the Everly Brothers, Little Richard, and Bo Diddley were in concert with two shows at the Gaumont Theatre in Southampton, England.

“Reach Out I’ll Be There“ 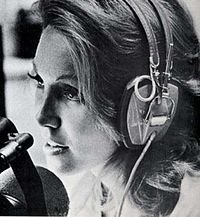 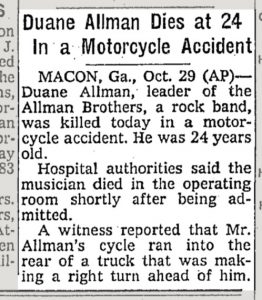 October 29, 1973: UK release of John Lennon’s Mind Games album, his fourth. He recorded it  at Record Plant Studios, NYC in summer 1973. The album was Lennon’s first self-produced recording without help from Phil Spector. It reached number 13 in the UK and number 9 in the US, where it went gold. Many more than 96 tears came to my eyes while watching the video. You,too, may need a tissue.

1983: Pink Floyd set a new rock era record as Dark Side of the Moon placed on the album chart for the 491st week.  That broke the mark set by Johnny Mathis for Johnny’s Greatest Hits.  The Floyd didn’t let up, however, until they got to 780 weeks.

October 29, 1987: Rolling Stone’s guitarist, Ron Wood, opened an art exhibition in London called Decades, which featured portraits of friends and rock stars from the past 20 years.