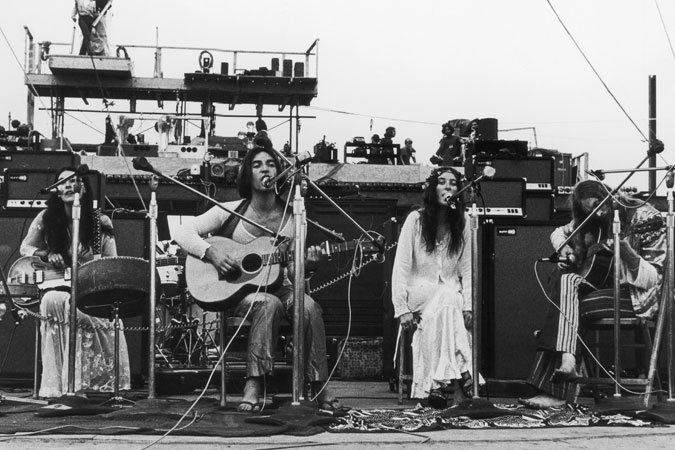 Being in the limelight is not necessarily something one wants for their whole life. Despite the curiosity that fans may continue to have, the limelighted person may prefer to let the glare go away.

Such is seemingly the case with Christina Licorice McKechnie. A member of the Incredible String Band and with them when they performed at the Woodstock Music and Art Fair, little if anything is known about her currently with any certainty.

McKechnie was born in Edinburgh, Scotland on October 2, 1945. In the early 1960s she met Robin Williamson, one of the founding members of the Incredible String Band. She left home with the intention of marrying Bert Jansch, another British folk musician who became a revered leader of the British folk scene.

McKechnkie rejoined Wiliamson and in 1966 she traveled to Morocco him. She became a member of the Incredible String Band performing mainly as a backing vocalist and percussionist.

We can hear her especially on the song “Painting Box.”

She left the band in 1972 when she and Robin Williamson parted ways.

I wish I could say more about their Woodstock performance. They were scheduled to play on Friday with the other folk-based performers, but the disrupted scene forced the festival’s organizers to postpone ISR’s performance to the far more loudly electric Saturday.

It was late that afternoon and friend Tony and I were getting hungry, not having eaten anything since Friday dinner. ISB’s performance slot seemed like a good time to search for some sustenance at the Food for Love concessions. No food and little love. And no Licorice.

Here is a link to a page that appears to be a fan site.

The Incredible String Band occupies an interesting piece of the 60s I was familiar with their music thanks to FM radio, Many find their music inaccessible, but with a bit of time and attention, I find most of the Band’s compositions wonderful.

From their Woodstock appearance: