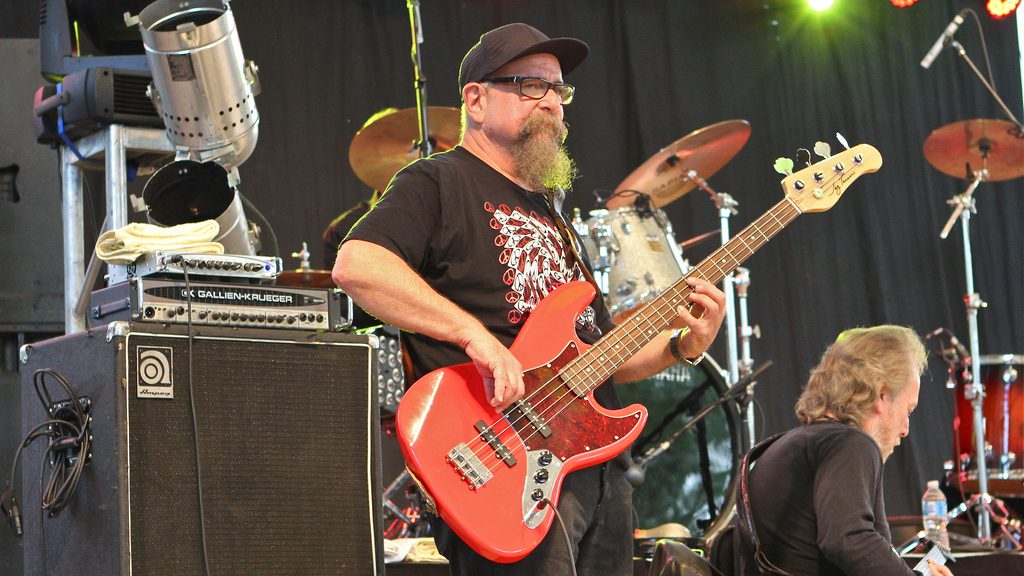 Jerry Lee Lewis, The Monkees, Canned Heat, John Mayall’s Bluesbreakers, and many others Larry Taylor was born in New York City and seems to have played music his whole life. It was his brother, Mel, drummer for the Ventures, who led Larry into music. Larry played on a few of the Ventures’ albums.

He played in an instrumental surf band, the Gamblers, in the mid-’60s

Larry Taylor toured with Jerry Lee Lewis and was the session bassist for The Monkees.

His career went into high gear when he joined Canned Heat in 1966 at the request of Henry Vestine, its original guitarist (Harvey Mandel later replaced Vestine). Taylor received his nickname from Skip Taylor, Canned Heat’s manager. Each of the band’s members had one. “The Mole” came from Skip Taylor thinking that a split in Larry’s front tooth made him look like a mole.

I suppose it could have been worse.

He described his Woodstock Music and Art Fair experience: It’s still the biggest crowd that I’ve ever played.  It’s hard to explain and to put into words.  You’d kind of have to have been there to really understand it.  I don’t really remember much.  It went by real fast.  In a way, it was like a shock. [Pop Addict interview] He left Canned Heat in 1970. He and Mandel joined John Mayall’s Bluesbreakers for a stretch.

He later played with the Sugarcane Harris Band and The Hollywood Fats Band.

Taylor rejoined and exited Canned Heat on several occasions, and, beginning in 2010, became one of the members of the 2019 lineup of the band, along with de la Parra, the only consistent member since 1967.