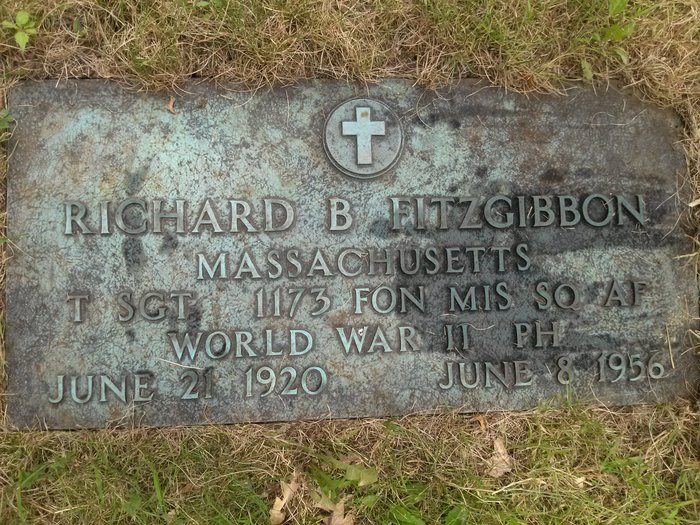 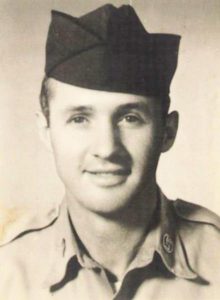 This person’s date of death was easier to determine than the date a war began.

Richard B Fitzgibbon Jr  fought in World War II in the Navy. After the war he joined the Air Force and was eventually promoted to Technical Sargent. He served in Vietnam as part of the Military Assistance Advisory Group (MAAG), the advisors to the South Vietnamese army.

Fitzgibbon died on June 8, 1956 after S/Sgt Edward Clarke had shot him. On June 20, 1956, an Associated Press article in the New York Times reported the deaths:

When the Vietnam Memorial was in its planning stages, one of the obvious decisions was “Who was the first American killed in Vietnam?” It would seem obvious that Fitzgibbon would at least have been one of the first if not the first.

Chronologically, he was as no other American military person had been killed in Vietnam since the US Government had begun sending MAAG personnel on September 3, 1950.

The first date used for the “beginning” of the war was January 1, 1961 because President Johnson had stated that Spec/4 James T. Davis, who died in a Viet Cong ambush on 22 December 1961, was “The first American to fall in defense of our freedom in Vietnam.”

For years, the Fitzgibbon family argued that Richard should be included. Finally the Department of Defense decided to use the start date November 1, 1955, thus qualifying Fitzgibbon.

Fitzgibbon’s son, Lance Cpl. Richard B Fitzgibbon III, joined the Marines because he wanted to connect to the place where his father had died.

Fitzgibbon III was killed in combat on Sept. 7, 1965, in Quang Tin, Vietnam, at the age of 21. The Fitzgibbon father-son deaths in Vietnam were one of three pairs: Leo Hester Sr. and his son Leo Hester Jr and Fred C. Jenkins and his son Bert M. Jenkins were the other two. 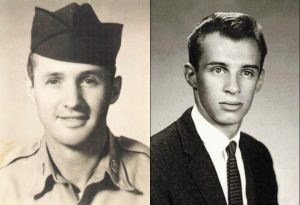