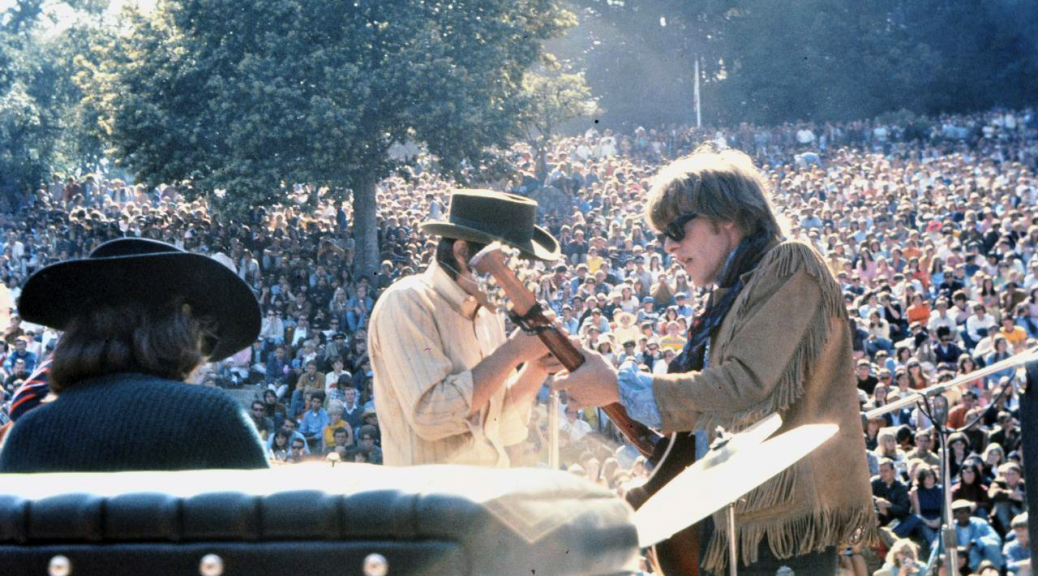 For the benefit of the Hunter’s Point Child Care Center 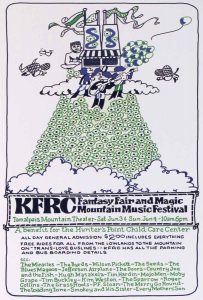 Whether the Woodstock Music and Art Fair in 1969 was the greatest festival ever held is open to debate. Perhaps.

Whether it was the most important festival ever held?

Woodstock not the first

Indoor multi-day rock events began in the 50s, but it wasn’t until the late 60s that the multi-day outdoor rock festival, featuring more than just a series short sets by musicians playing their big hits, happened.

Usually the Monterey International Pop Music Festival gets the nod for being the first of the later type, but the Fantasy Fair and Magic Mountain Music Festival occurred a week before. The line-up for the KFRC-sponsored event looks pretty good, too.

A few are in the Rock and Roll Hall of Fame. I’ve underlined those who would play at Woodstock.

Unfortunately for the Fantasy Fair and Magic Mountain Music Festival (and like so many other festivals), no worthwhile recordings of the music or the event apparently exist. There is a silent blurry hand-held camera film of the Doors performing (whose name does not appear on the poster), but little else.

There is an interesting connection between the Fantasy Fair and Woodstock. Mel Lawrence was Fantasy’s co-producer and he became Woodstock’s operation manager.

You will also have noticed that the event was for the benefit of the Hunter’s Point Child Care Center, thus preceding George Harrison and Ravi Shankar’s Concert for Bangladesh by four years.

The Hells Angels “volunteered” to be security and with some reluctance the organizers approved their “request.” Fortunately, their presence worked out OK and without any incident. You can see some of their bikes parked in the following picture:

Here is a link to a 2014 Rolling Stone magazine article on the event. RS interviewed many of the attendees, performers, and organizers

Drew Willis via Facebook:  I still have the flyer, map, that was given out. Lists all of the performers with a layout of the surrounding attractions up there on Tam. 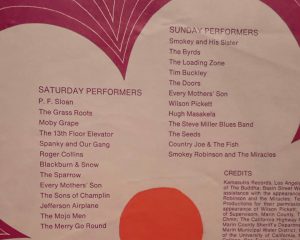 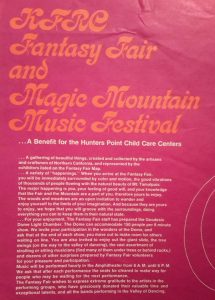